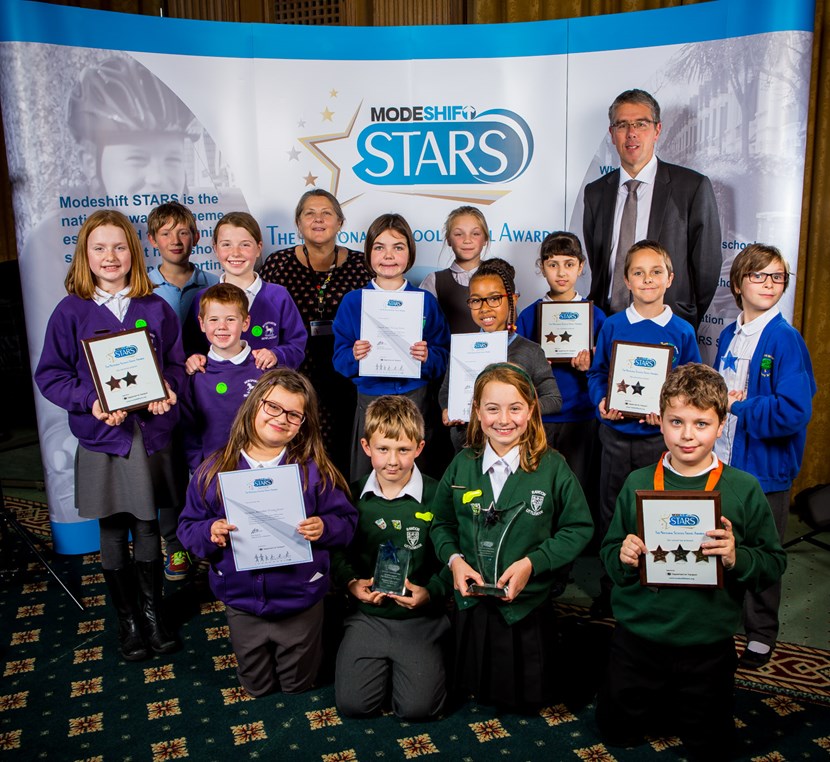 Schools in Leeds have received national recognition for promoting safe and sustainable travel to school.

Four Leeds schools competed with schools from across Yorkshire and the Humber and the north east of England to recognise schools of excellence in promoting walking and cycling and other forms of sustainable transport whilst travelling to and from school.

The four Leeds schools nominated were:

Leeds schools won two of the seven awards for the Yorkshire and Humber and the north east regions of England.

Rawdon Littlemoor won the Best Reduction in Car Travel 2015 and Ireland Wood won the Best Use of Public Transport. Rawdon Littlemoor also went on to win the overall regional Modeshift STARS award and will go on to represent the Yorkshire and Humber region in London next year for the chance to become the National STARS School of the Year.

“Modeshift STARS presents a huge opportunity for us to collectively increase the number of children and young people to get more active on the journey to school, it is vital that we recognise the efforts of our schools in making our communities happier, healthier places to live.

“These schools have done a wonderful job in instilling the importance of sustainable travel with their pupils. I was really impressed by the knowledge of the pupils and their obvious enthusiasm for making a contribution to reducing the number of car journeys across the city. Encouraging parents to leave the car at home will not only help protect the environment but also help their children to be more active and healthier.”

Modeshift STARS is the only national accreditation scheme for monitoring, rewarding and promoting sustainable school travel. It is a national schools awards scheme that has been established to recognise schools that have demonstrated excellence in supporting cycling, walking and other forms of sustainable transport.

In order to achieve the award schools must promote and encourage walking, cycling and bus travel to school.

The scheme encourages schools across the country to join in a major effort to increase levels of sustainable and active transport and in so doing, improve the health and well-being of children and young people. 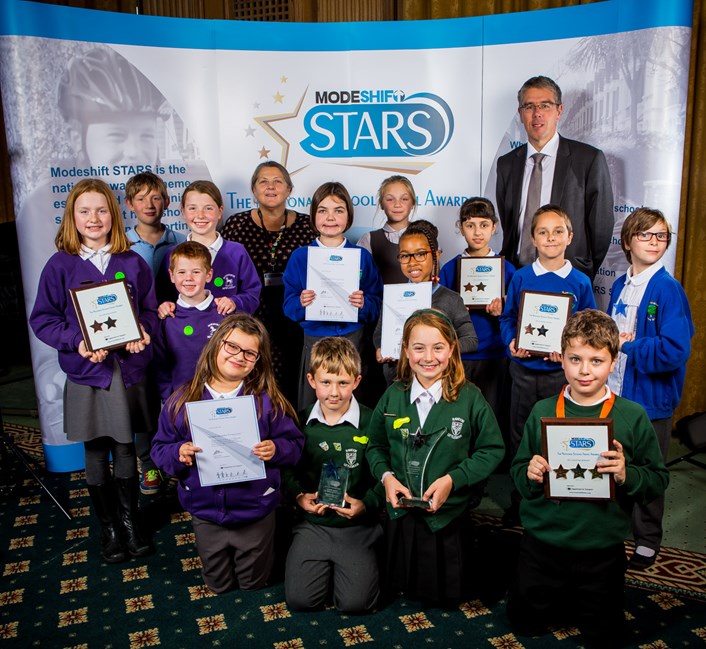