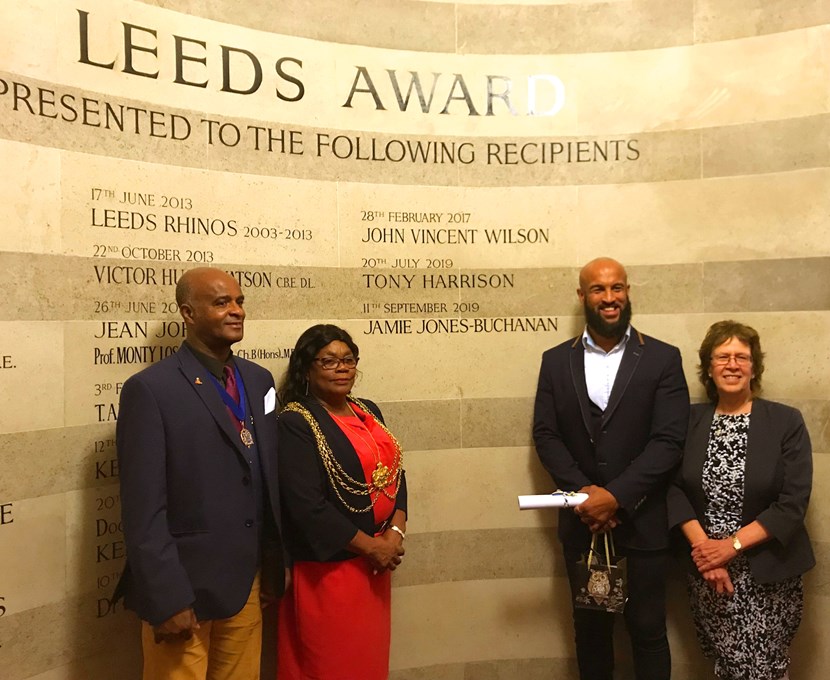 A champion both on and off the playing field, Jamie’s dedication to his club and city has been recognised with a prestigious Leeds Award.

At a special ceremony this week, Jamie was presented with his award by the Lord Mayor of Leeds, Councillor Eileen Taylor, who congratulated him on his fantastic sporting career but also thanked him for his far-reaching charity and community work over the years.

Born in Leeds in 1981, Jamie is a one club man and has played for Leeds Rhinos for an incredible 20 years having come through their junior development programme.

He drew the curtain on his professional rugby league career in September but has represented the club in excess of 400 times since signing for them in 1999.

Asides from his many sporting accolades, Jamie also works tirelessly to support his city through extensive charity and community work.

As a trustee of the Leeds Rhinos Foundation, he takes part in many fundraising events and attends numerous talks, presentations and openings to use his influence to help others.

He is also a proud supporter of the White Ribbon Campaign, a global movement of men and boys working to end male violence against women and girls.

As well as this, Jamie also supports initiatives such as the Child Friendly Leeds agenda and the Six Book Challenge which helps to tackle adult literacy, mental health and social isolation through the power of reading.

“It was an absolute honour and privilege for me to be able to present Jamie with a Leeds Award.

“To have such a long and successful sporting career is phenomenal and to use that to help many people across the city through his work in the community and for charities is to be commended.

“The Leeds Award, which is one of our city’s most prestigious civic honours, was designed to honour those people that have made an enormous contribution and achieved so much in their respective fields, and there is no better recipient than Jamie.”

“I can’t express what an honour it is to receive this award with my family. Leeds is my home and I am just a reflection of what the people of this great city have graciously given to me over the last 38 years. The Leeds Rhinos in particular have given me the opportunity to thrive and realise some of my potential as a professional sportsman.

“Our moto at the Leeds Rhinos Foundation is to ‘change lives through sport’ and as a professional sportsman, it’s been a privilege to share my thoughts and experiences to future generations, local communities and organisations.

“I love Leeds and want it to be the best city in the world and God willing, I will continue to serve this city until my last breath.” 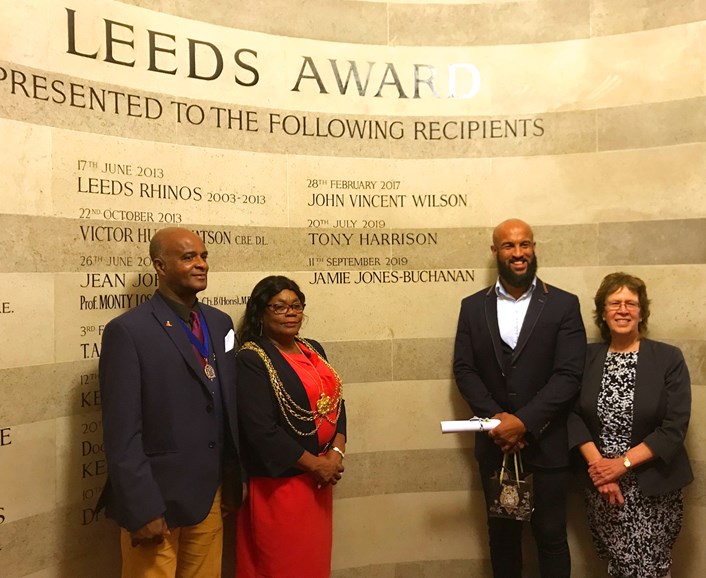