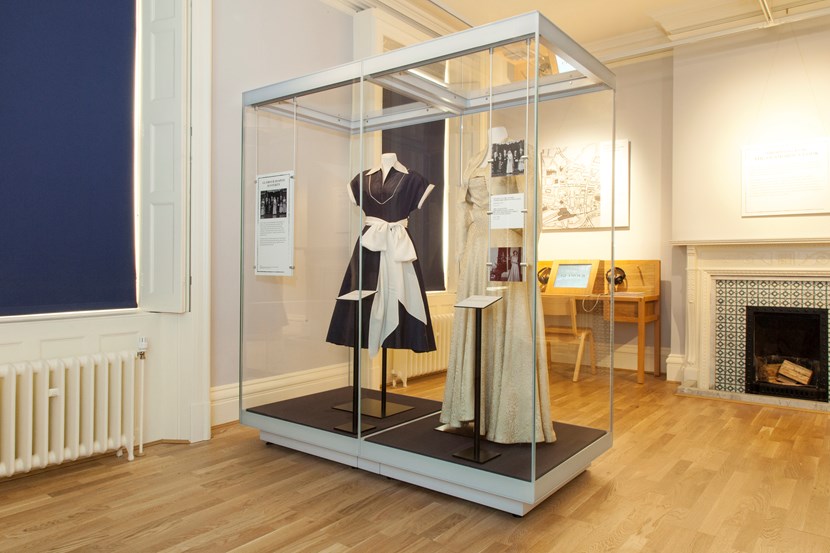 This vintage wedding dress, originally donated to a Leeds charity shop, is now on display as part of celebration of the best of 50s fashion.

The beautiful dress (pictured on the left) was something of a mystery when it was first handed to staff at the Sue Ryder shop in Headingley in March last year.

Donated by an elderly male customer, who did not give his name, the navy blue dress was thought to be made from parachute silk but was later found to be made from a fabric called rayon grosgrain.

The customer also left a photo from his wedding day and a note saying that the dress had been bought for his late wife in 1953 at a shop on Commercial Street, Leeds, for around eight guineas.

Staff at the shop were keen to track the gentleman down and say thank you for the touching donation and after an appeal, eventually identified 86-year-old grandfather Gordon Dickinson as the benefactor.

His wife, Peggy, had passed away in 2011 and Mr Dickinson had wanted her dress to raise some money for charity.

The dress was later acquired by Leeds Museums and Galleries, who have put it on show in their new Fashion Galleries as part of the debut exhibition Age of Glamour: Fashions from the Fifties at Lotherton Hall.

“Not only is this dress a superb example of 50s fashion, it also has a wonderful and touching story behind it which makes it an all the more interesting addition to the fantastic Age of Glamour exhibition.

“Items like this show that history can be found in all kinds of places and the amount of interest the story of this dress generated also shows how keen people are to find out the stories behind the exhibits.”

The Age of Glamour will be at Lotherton Hall until December 31. 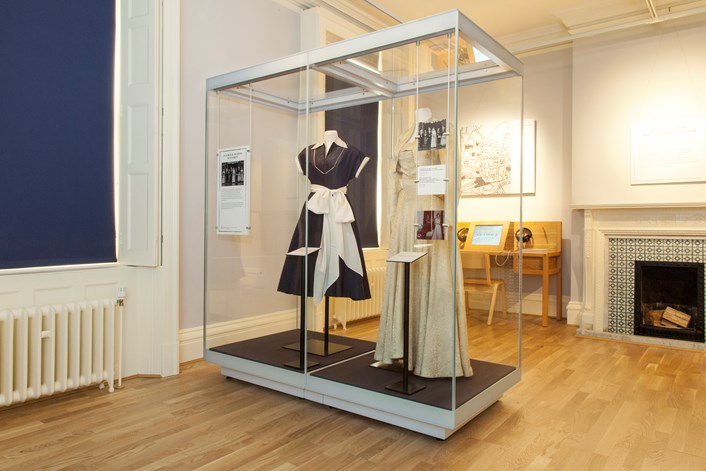