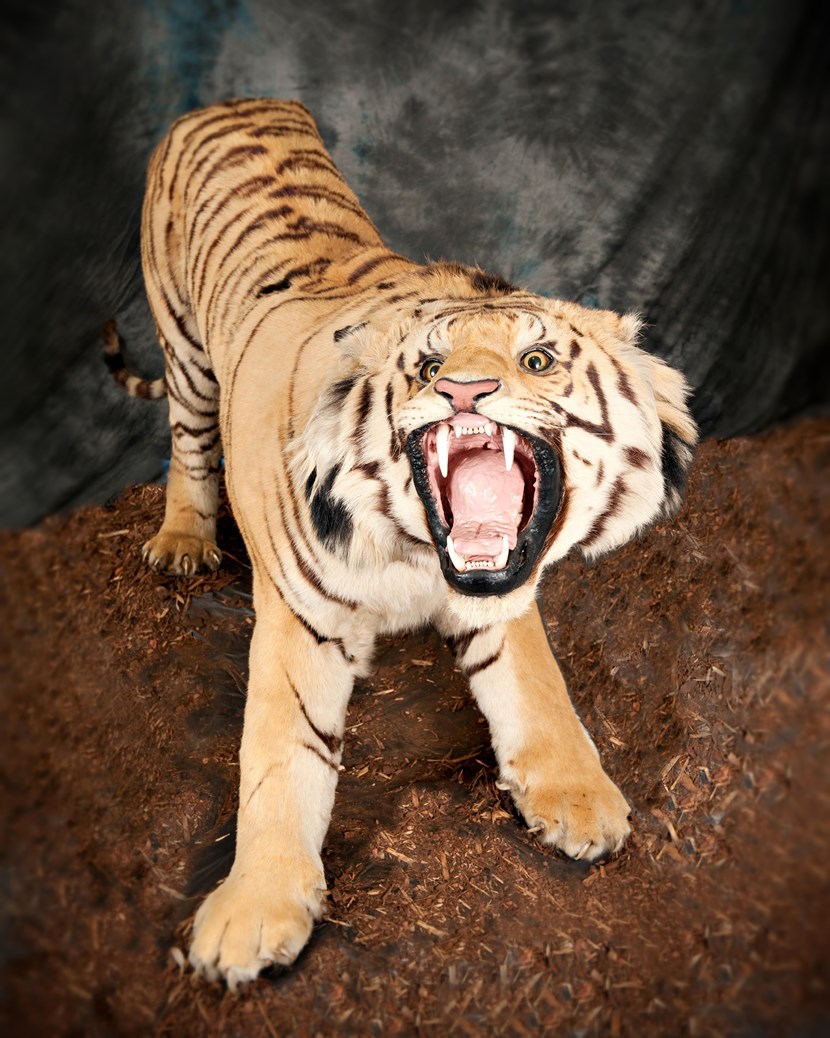 Leeds Museums and Galleries object of the week- The Leeds Tiger

An instantly recognisable piece of the city’s heritage, the Leeds Tiger has captivated many generations of museum-goers.

The huge Bengal tiger guards the entrance to Leeds City Museum’s Life on Earth gallery and is among the most popular and photographed exhibits in the museum’s entire collection.

Originally shot at Dehra Dun in the Himalayas by decorated soldier Major-General Sir Charles Reid in 1846, records show the tiger was killed because it had apparently become a nuisance to a nearby village.

Its pelt was then prepared as a rug before being shipped to the UK as a trophy where it was displayed in the Indian court of the London International Exhibition.

In 1862, it was purchased by wealthy Leeds industrialist William Gott, who had it mounted by taxidermist Henry Ward and presented to the Leeds Philosophical and Literary Society.

Experts at the museum suspect the pelt was combined with other tiger skins and stuffed with straw, which explains its odd shape and bulky size.

Once it was mounted, the tiger was said to be “unequalled in Europe” with reports at the time saying it was “fitly placed in the centre of the large zoological room and is always the most attractive piece in that collection.” 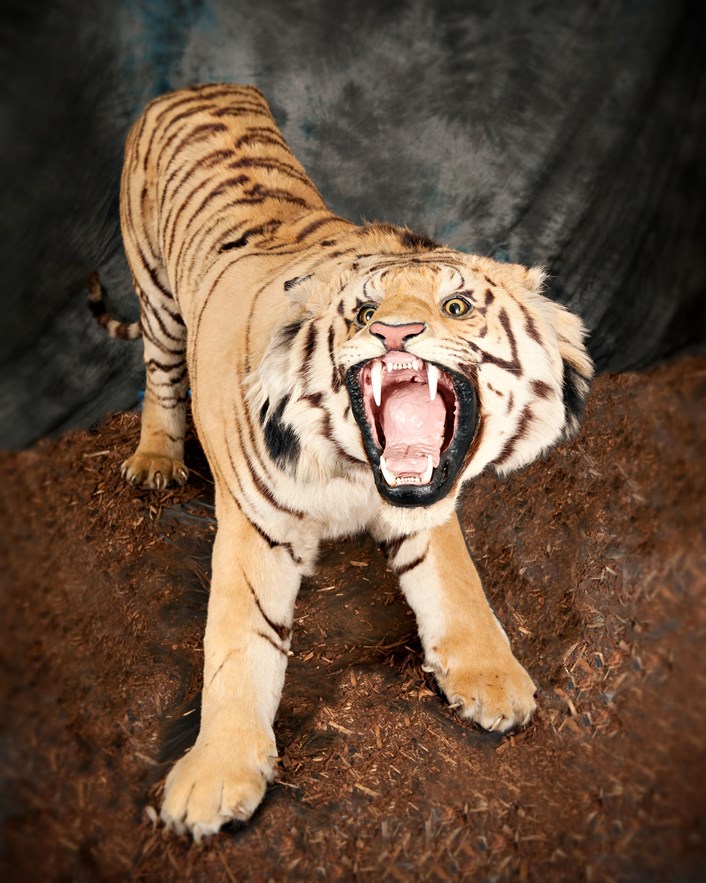