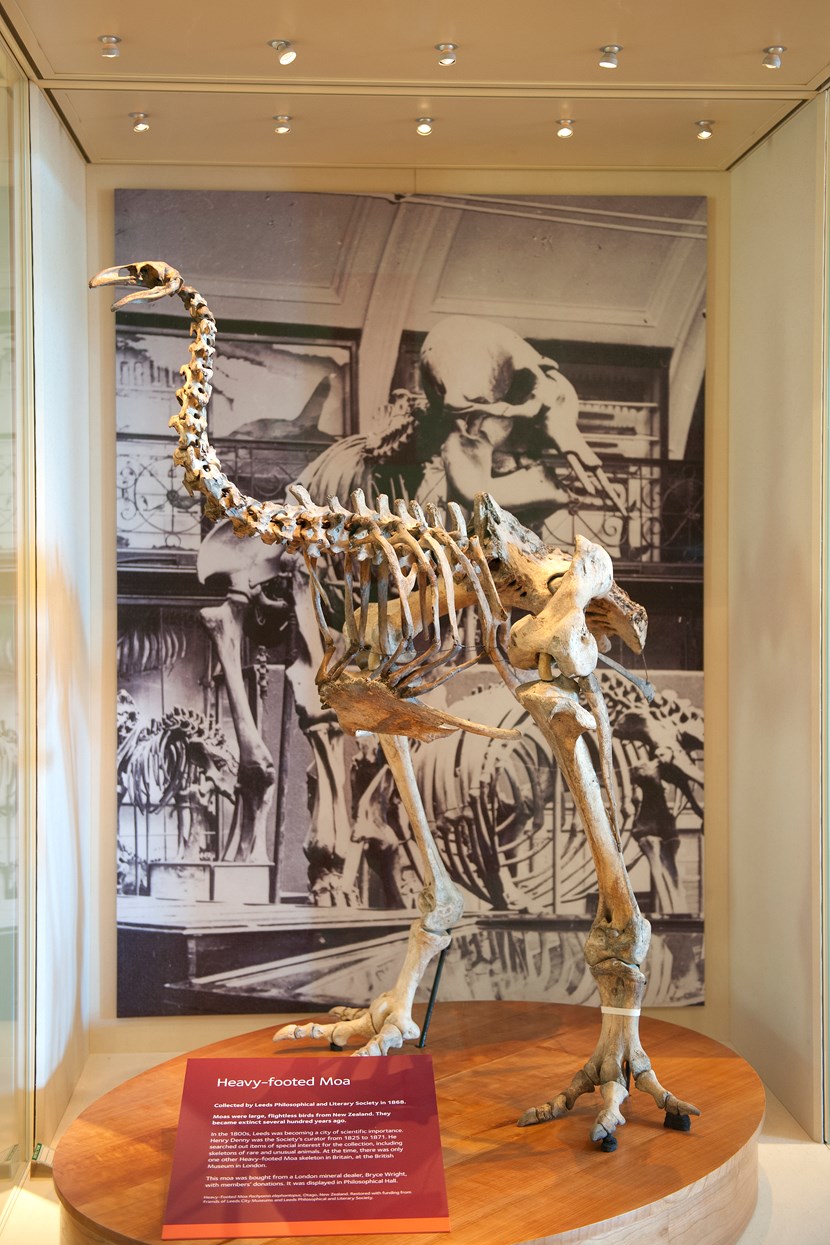 A spectacular relic of an age long past, Leeds City Museum’s Heavy-footed Moa skeleton was once one of the largest birds ever to roam the earth.

The huge flightless bird originally came from New Zealand, where its species was driven to extinction by hunting and deforestation around 570 years ago.

The skeleton first came to Leeds in 1868 when it was acquired by the then curator of the Leeds Philosophical and Literary Society Henry Denny. At the time it was the only example of the species in the country outside the British Museum in London.

It was later damaged in 1941 after the Philosophical Museum, where it was originally on display, was bombed during World War II before subsequently being put into storage

But in 2011, curators at Leeds Museums and Galleries uncovered the bones while looking through their collection at Leeds Discovery Centre.

Following restoration work, the skeleton was put on display at Leeds City Museum last year where it is part of an impressive natural history collection that also includes several other extinct species like the Tasmanian wolf, Great Auk, Dodo and passenger pigeon.

This bird stands at an imposing 1.35 metres tall and is available for visitors to view in the Collectors Cabinet.

Curator of natural sciences Claire Machin added: “Visiting Leeds City Museum is a fantastic way to find out more about extinct species, as well as some of the millions of species we share our planet with.

“From jewel-like insects to a Giant Elk, and fossils of the earliest known life to British birds, our museum provides a wealth of information and inspirational specimens for everyone to enjoy.” 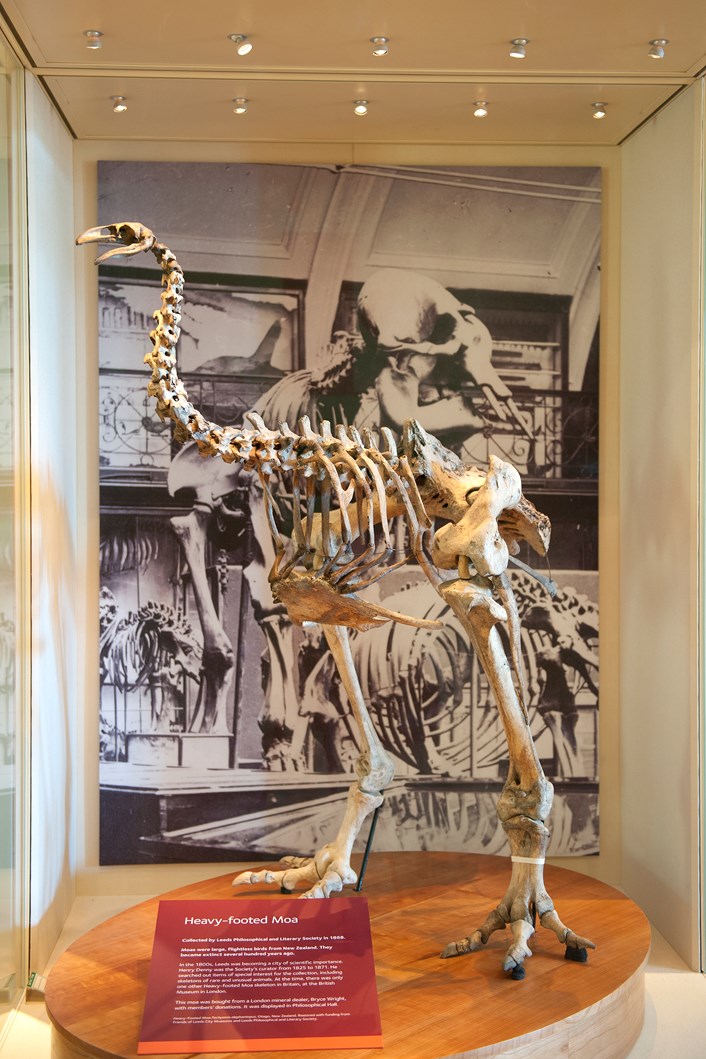