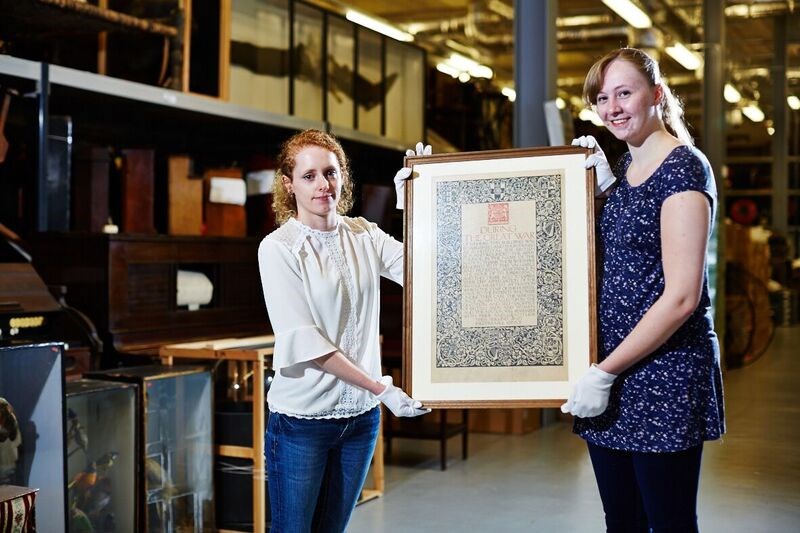 From 1915-17, at the height of the First World War, many injured soldiers were nursed back to health in Temple Newsam House’s historic halls.

Like other stately homes, the beautiful mansion was used as a convalescent hospital, where nurses would help those injured on the front lines to rest and recuperate.

In 1919, Following the war, the house was awarded a certificate recognising the contribution it had made to the war effort.

The framed certificate was recently chosen by young volunteer curators from Leeds Museums and Galleries’ Preservative Party to appear in Leeds City Museum’s In Their Footsteps exhibition, which examines the impact the Great War had on life in Leeds.

Preservative Party member Lauren Theweneti said: “This object is the certificate from Temple Newsam, which was established as an auxiliary hospital for the Great War.

The certificates were given to all auxiliary hospitals after the war, including Lotherton Hall and Gledhow Hall.

Temple Newsam’s first patients were officers from the Belgian army, including Cyrille Desager, who recently featured in an exhibition at the house exploring the fascinating chapter in its 500 year history.

Councillor Brian Selby, Leeds City Council’s lead member for museums and galleries, said: “Temple Newsam House is a site so steeped in local history stretching back hundreds of years and it’s fascinating to learn that the house made such a huge contribution to the war effort in Leeds.

“It’s also wonderful that our Preservative party have chosen to recognise that contribution for In Their Footsteps and ensure this important chapter in the story of our city is recognised.”

For more details on In Their Footsteps, please visit: www.leeds.gov.uk/footsteps 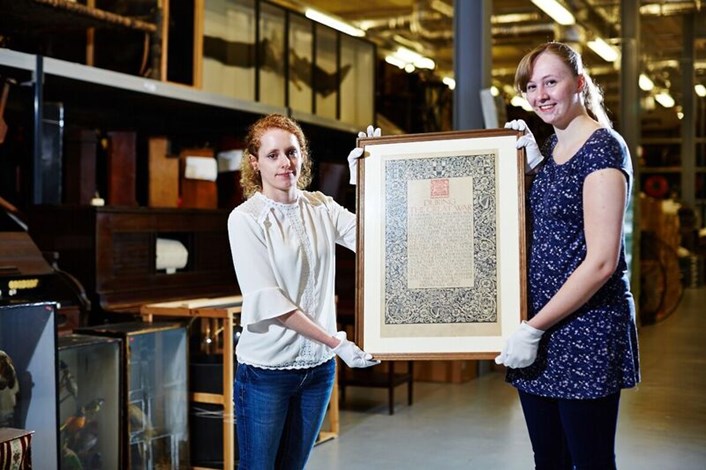