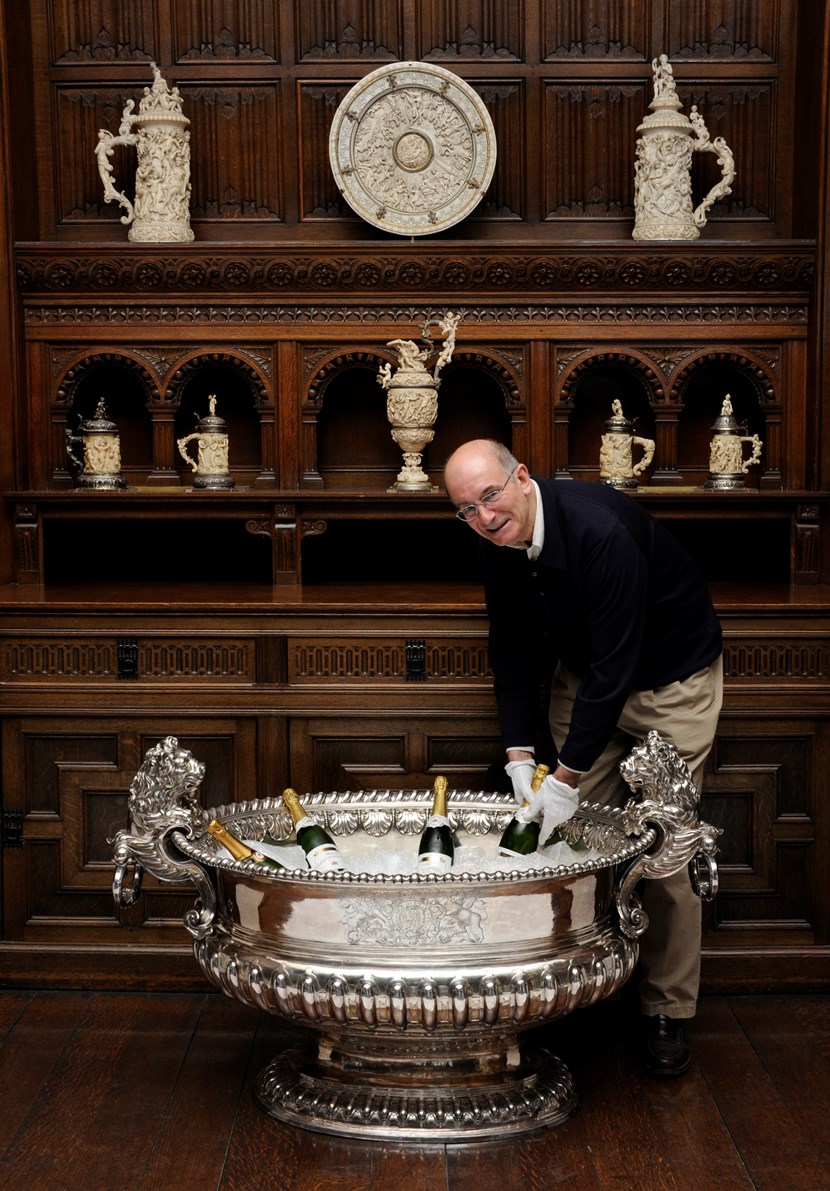 The gigantic silver wine cooler that dominates the dining room at Temple Newsam House is a truly dazzling sight to behold.

Weighing an impressive 2,500 ounces and measuring almost a metre-and-a-half across, the cooler was acquired by Leeds Museums and Galleries in 2011.

Made between 1685 and 1710, the cooler bears the mark of Philip Rollos Snr, who was regarded as one of the finest goldsmiths of the late seventeenth and early eighteenth century.

The spectacular piece of craftsmanship was granted under the Privy Seal to Thomas Wentworth, 3rd Baron Raby of Wentworth Castle in Yorkshire.

Lord Raby was appointed ambassador to Berlin in 1705 and was given the privilege of choosing objects from the Royal Jewel Office for entertaining in the name of the sovereign.

The cooler would have been taken to Germany where it would be used to catch the eye and emphasise the status of the monarch.

It would have been displayed alongside a ewer and basin by the same maker, which are today both on display in The British Galleries at the Victoria and Albert Museum in London.

Councillor Brian Selby, Leeds City Council’s lead member for museums and galleries, said: “This huge silver cooler is an incredible example of craftsmanship and it really does have to be seen to be believed.

“To have such a stunning and remarkable piece in our collection is something to be proud of and it is easy to imagine how impressive it will have seemed at the many glamourous occasions it must have been displayed at. As it stands today, it is a beautiful testament to the ingenuity and elegance of a different age.”

For more details about the House visit: www.leeds.gov.uk/templenewsam 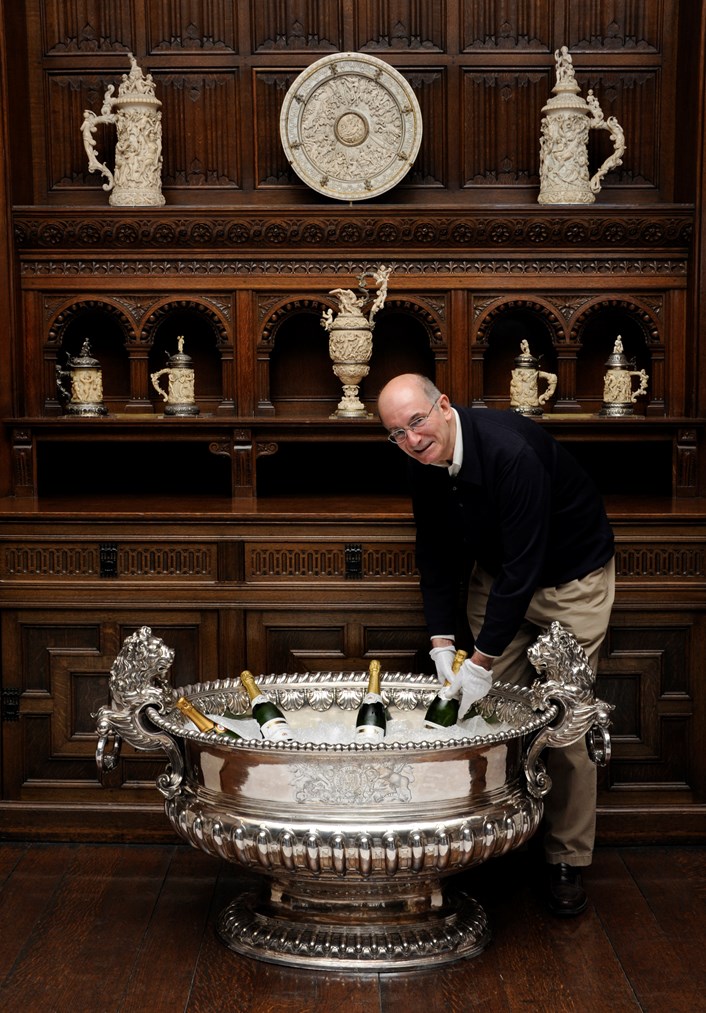