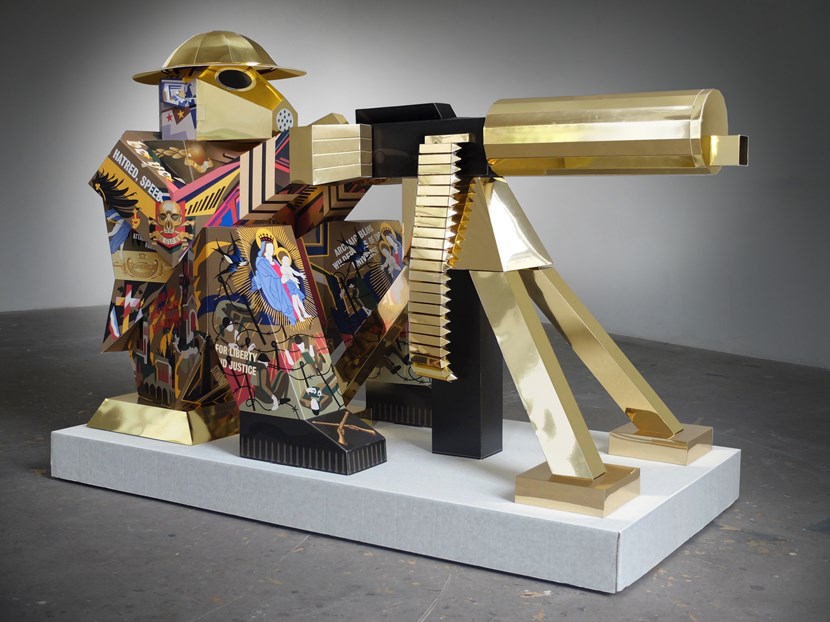 Leeds Museums and Galleries object of the week- BLAST!

Colourful and thought-provoking, BLAST! is the first step on an imaginative new artistic sculpture trail around Leeds.

The stunning creation is the work of artist Ian Kirkpatrick, who has placed four sculptures around the city centre as part of a new First World War-themed installation called A Graphic War.

BLAST!, which is at Leeds City Museum, depicts a golden machine gunner and, like all of Ian’s work, is heavily influenced by commercial packaging design.

Initially mapped out on computers and then assembled in “flat pack” style, once completed, Ian’s sculptures collapse and can then be reassembled on their own plinths as “instant” exhibitions.

Ian said: “I hope people will look at these sculptures and appreciate them as standalone works of art – and also as collections of research into the Great War.

“Some of the graphics of the First World War were so iconic and I’ve tried to present them in a new and contemporary way.”

A Graphic War has been commissioned by Leeds Museums and Galleries with funding and support from the Leverhulme Trust.

As well as BLAST!, other sculptures have been placed at Trinity Leeds shopping centre and Leeds Kirkgate Market as well as independent shop, Colours May Vary.

“A Graphic War has used contemporary art to give a new dimension to some of the striking imagery of the First World War and I’m sure it will really capture people’s imaginations.

“It’s important that we continue to study and commemorate the First World War in new ways and give a fresh and contemporary perspective to a conflict that had such an impact on the British way of life.” 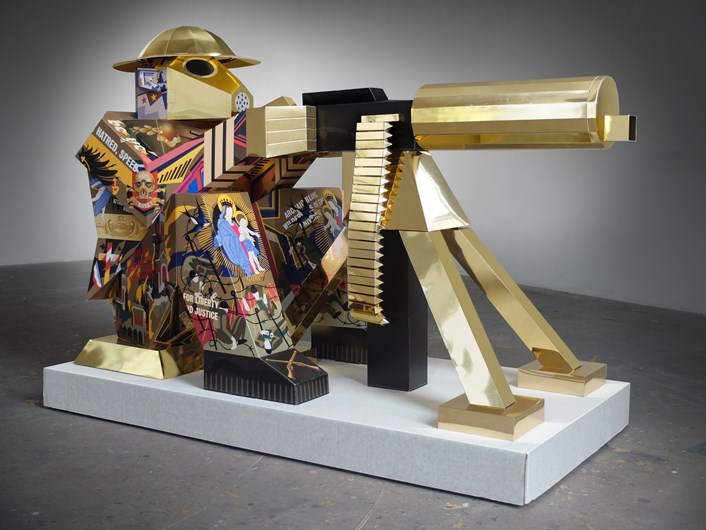