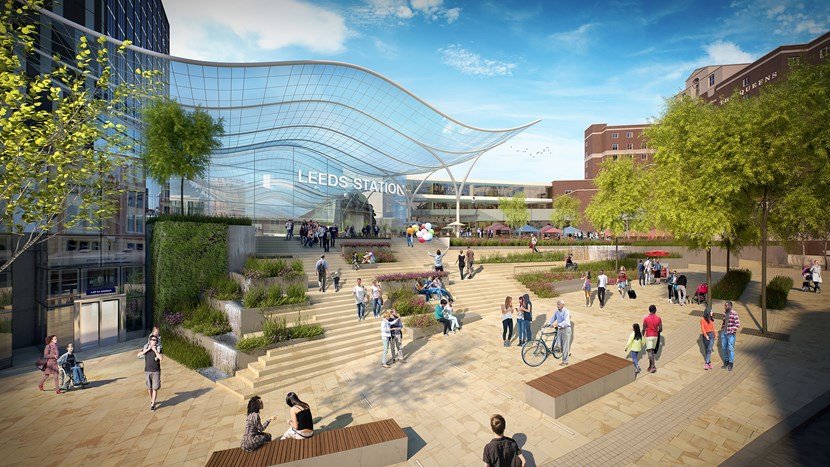 Leeds Key to the North backing for HS2 and station ambitions

Today (Tue Feb 12) marks a significant milestone for Leeds Key to the North which has been established to champion the economic and social opportunities of transforming Leeds Station into a world-class transport hub at the heart of the city.

A delegation from Leeds will today travel to Westminster to deliver a clear message to Government and Shadow government transport ministers and MPs that investment in Leeds Station, with HS2 and NPR developed in tandem, is not just good for the North but vital to unlocking growth across the UK in a post-Brexit economy.

Leeds City Council leader, Cllr Judith Blake, alongside Andrew Jones MP, Andy McDonald MP, Sir Gary Verity, and other senior figures from across the public and private sectors will all speak at the event in the House of Commons to showcase why Leeds is so uniquely placed, both geographically and economically, and is key to the North’s success.

“Leeds and our train station sit at the heart of the northern economy and are absolutely essential to unlocking the North’s potential.

“We have an opportunity to create a world-class gateway that connects the 3 million people across Leeds City Region to the rest of the country and the world; through our growing and thriving airport, HS2 the first railway to be built north of London in 100 years, Northern Powerhouse Rail and local route upgrades.

“A new integrated station will also help rebalance the economy and act as the catalyst for wider regeneration opportunities within the city, not least the work that has already begun on the South Bank.

“Today we are calling on Government to recognise this incredible potential and back our ambitious plans for the station. We have established Leeds Key to the North to explain how important this vision is for realising that potential. Our ambitions also have at their heart the people of Leeds and the wider region, to bring them on the journey with us, share in the economic benefits and create a station that will support everyone to thrive.”

Leeds Key to the North has already gained the backing of business, civic and community leaders from across the city and the wider region, who all support the vision set out in the Leeds Integrated Station Masterplan, which has recently been approved by the council and submitted to government for consideration. Plans to invest in a multi-modal transport hub covering rail, bus, bike and foot are all being backed by a newly established Business Sounding Group which has been set up to ensure the voice of business is central to these plans with Leeds Chamber of Commerce leading this activity.*

“Chamber members list transport and talent as the key barriers to business growth. That is why the Leeds Chamber of Commerce is backing Leeds Key to the North because we need a station that meets the ambitions for our city.

“We know that the government wants to hear the voice of business, particularly around the need for investment in infrastructure and we will continue to work with the Department for Transport, HS2 Ltd and transport partners to ensure that HS2, Northern Powerhouse Rail and regional rail upgrades through Leeds Station drives economic growth in the North of England.”

“To unleash the economic potential of the north requires major investment in our transport infrastructure, ensuring our train stations, airports and cities are properly connected. Alongside the plans to deliver a new train station at Leeds Bradford Airport, we recognise the significant opportunity to create a world-class transport hub in the heart of Leeds city centre. That is why Yorkshire’s Airport and the business community is fully behind these plans and we will be making this known to government ministers.”

“As a proud Yorkshireman, I am pleased to be part of a government championing Leeds and its crucial role in unlocking the economy of the north.

“An integrated station, at the heart of both HS2 and Northern Powerhouse Rail, has the potential to act as a powerful driver for growth, new housing and regeneration right across the region.

“We want to see Leeds, and the broader North, succeed. That’s why we are already investing an unprecedented £13bn into the north over the next five years, funding a £3bn upgrade of the TransPennine route and committing millions to deliver the faster, more frequent and reliable journeys passengers expect.”

A transformed Leeds Station with HS2, Northern Powerhouse Rail and local transport routes will be the catalysts for the largest regeneration project in Europe on the South Bank in Leeds. The South Bank will not only spatially double the size of the city centre but importantly it will also double the economic output too. The South Bank is already home to 1,000 businesses, and will bring 35,000 new jobs, 8,000 homes, and a new internationally significant commercial district in Leeds city centre. Leeds City Region’s HS2 Growth Strategy sets out that this opportunity would create £54bn of additional GVA by 2050, including doubling the size of the city centre.

For more information about Leeds Key to the North follow: 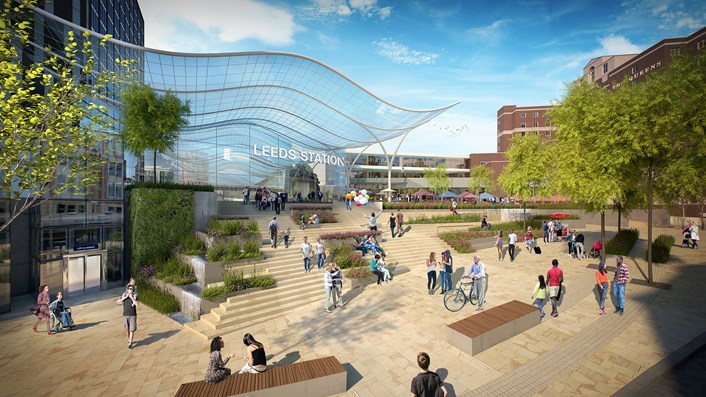