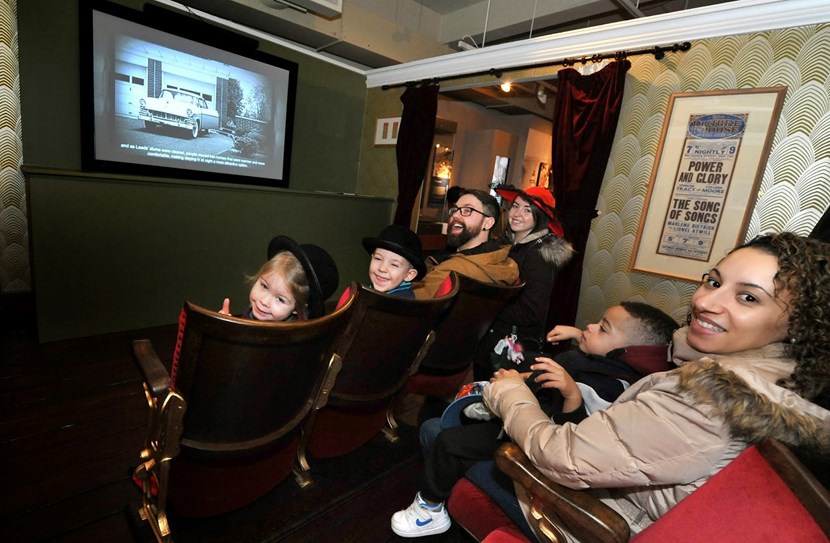 A small intimate cinema has been created in a popular Leeds museum.

Visitors will now be able to settle down and relax in the new Leeds City Museum cinema space and watch a range of newly commissioned community films produced in the city and archive footage taken from the museums and galleries’ vaults. Continuing our programme of refreshing the Leeds Story Gallery, the space, which was previously dressed as a back-to-back house living room, now pays homage to 1930’s cinema.

The opening film which launched in February takes a brief look at the history of cinema in Leeds. The city has a rich history in cinema, with the brief footage shot by Louis Le Prince on Leeds Bridge in 1888, thought to be one of the world’s first examples of moving images being captured on camera.

Look out for news this summer about the changing programme of films on our Facebook and Twitter pages at @LeedsMuseums and www.facebook.com/LeedsMuseumsand Galleries.

"We are always looking at ways to increase the visitor experience at all of our museums and galleries sites, and the small cinema space in the Leeds Story Gallery area of the city museum is a lovely way for visitors to relax and take in a range of community films and those from our vast archive.

"As always there are some brilliant displays and exhibitions available to view at Leeds City Museum including the recently introduced Light Lab, which has already attracted a lot of interest." 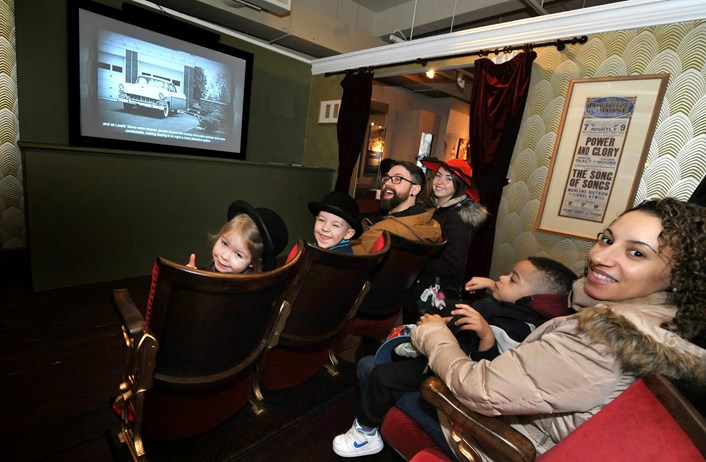