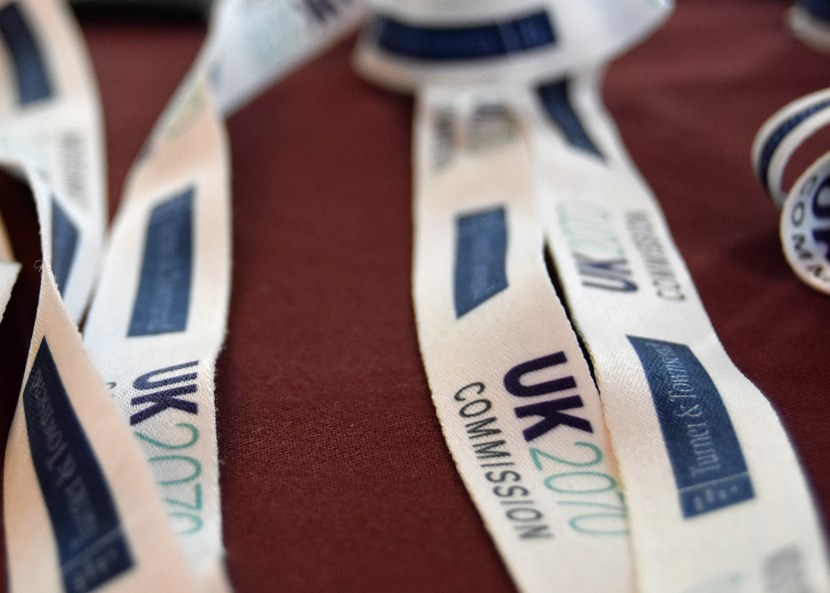 Challenges facing the UK’s increasing regional inequality were highlighted by a range of policymakers, politicians and leaders from business, the media and civil society at the UK2070 event in Leeds.

The event, organised by the UK2070 Commission, an independent inquiry into city and regional inequalities in the United Kingdom, shone a light on the growing gap between the wealthiest and poorest parts of the UK and was opened with a keynote speech from Leeds City Council Leader, Councillor Judith Blake.

Councillor Blake, who is also Chair of the Core Cities UK Network, said:

“As a Commissioner on the UK 2070 Board, it has been both fascinating and at times depressing to see just how deep-rooted geographical inequalities are across the UK.

“Too much unequal investment across the country has increased this imbalance by reinforcing past areas of growth rather than unlocking the huge future potential of new areas.

“If powers and funding can be given back to local government, we can steer a course which can improve the aspirations, opportunities and lives of our citizens and make a difference. It is no accident Leeds is the only city with an Outstanding Ofsted rating for Children’s Services and the only UK city seeing a decline in reception age children obesity, particularly in our least well off areas. These achievements are the result of deliberate local policies, an example of what we can achieve.

“We have the evidence to show just how deep-rooted geographical inequalities are and things cannot stay the same. This means we need to be provocative, we need to be disruptive, and we need to be bold as we build a vision for long-term city and regional development.

“We don’t want to halt progress in the South East by any means at all, but it is absolutely clear that the way the economy is working in London, London is starting to suffer as well. And developers and business leaders tell me about the economy – people not able to afford to live there, starting to think about other life choices.

“The UK2070 Commission provides a real, phenomenal opportunity for us all to really look at this agenda through fresh eyes. A chance to look at growing economic disparities and offer suggestions about how best to tackle them on a long-term basis in the best interests of everyone. Cities and regions are drivers of local and regional economies, as well as hubs for international trade and centres of innovation. But we are held back by some of the most centralised governance arrangements in Europe - if not beyond. As the UK2070 Commission’s report highlights, our economic geography has been ‘bent out of shape’, with over half of jobs in the next 50 years expected to be in London or the South East when just one-third of the population lives there.

“Behind this economic story lies a human one. This is about people. It’s about lives. It’s about lives being ruined and life chances being created. Our agenda must see central government and investment brought closer to people, made more relevant to the places they care about and the lives they lead. Investment and powers must be fairly distributed, with prosperity not sucked towards the capital, but shared across every part of the UK.

“With the valuable insight from the UK2070 report we now need to grasp the nettle and build strategies to achieve real devolution - with resources, powers and fiscal devolution, giving regions the ability to raise their own finance.

“Our challenge is immense, but we have a clear direction for the future. It is for all of us to come together, seize the opportunity on behalf of the future prosperity of generations ahead.”

The event saw a range of high profile speakers including:

The UK2070 Commission is an independent inquiry into city and regional inequalities in the United Kingdom. Chaired by Lord Kerslake, it has been set up to conduct a review of the policy and spatial issues related to the UK’s long-term city and regional development. The Commission will run in three phases, from July 2018 to January 2020.

More detail can be obtained from http://uk2070.org.uk/about/