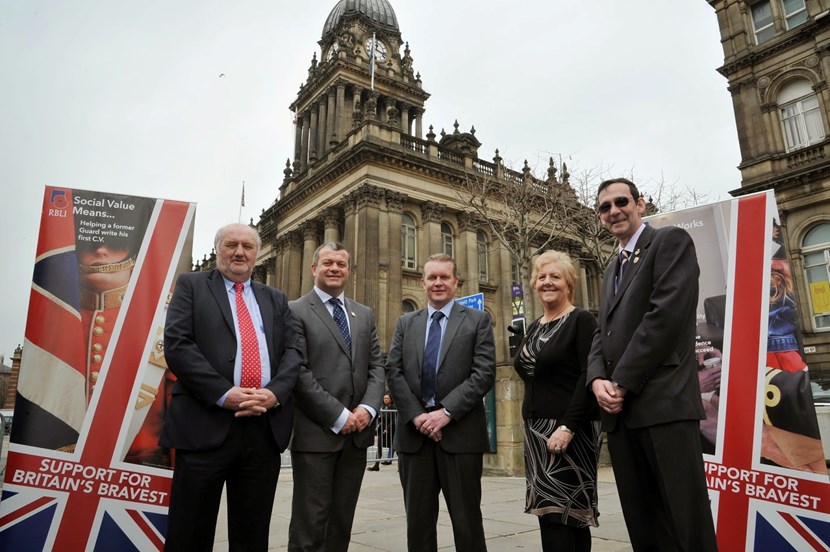 Issued on behalf of the RBLI

Leeds City Council has pledged to work with Armed Forces charity RBLI (Royal British Legion Industries) on an initiative to reduce levels of unemployment among ex-service personnel living in the region.

The initiative will take the form of a fully funded RBLI LifeWorks courses, helping veterans living in Leeds and the surrounding area into work, training or higher education.

The support for local veterans underlines Leeds’ commitment to the Community Covenant which aims to prevent Forces personnel and their families being disadvantaged as a result of serving their country.

Councillor Graham Hyde, Leeds City Council’s Armed Forces Champion, said: “We are committed as a council through our Armed Forces Covenant to ensuring that all ex-Armed Forces personnel living in Leeds can access a wide range of services and practical support.

“We are pleased to be working with RBLI on their LifeWorks courses, which will provide opportunities for veterans to see what training, work and higher education opportunities are available.”

RBLI’s Chief Executive, Steve Sherry CMG OBE, who served with the Army for 38 years said: "Although the vast majority of service leavers make the transition into civilian life fairly easily, some do struggle with the change. In extreme circumstances this may result in veterans experiencing issues such as homelessness and alcohol abuse, and some may even find themselves on the wrong side of the law.

"We know that being in work can prevent such issues. By partnering with Leeds City Council and other military charities in the region, we can reach out to more veterans and work harder to reduce unemployment in the local veteran community."

Research shows that unemployment is particularly high among early service leavers, where the rate of joblessness six months after leaving the Forces is just under 50%.

RBLI’s LifeWorks courses help ex-service personnel by providing free CV, interview and career advice, as well as helping individuals improve their confidence so they feel ready to find and go back to work. The first course in Leeds will take place from 15 – 19 June, allowing up to 12 local veterans the chance to get free support.

RBLI helps over 2000 veterans into work every year. One former soldier from Leeds to benefit from attending a LifeWorks course was Chris Lund, who served in the Royal Electrical and Mechanical Engineers (REME) for 10 years until 1993: Chris said: "Two years ago I attended a LifeWorks course in Catterick, and it was absolutely brilliant. People who serve in the Armed Forces come from many different walks of life and backgrounds and what was great about the courses offered by LifeWorks was how they catered for a wide-range of individual needs."

For more information about LifeWorks, for photographs or interviews, please contact James Sancto, james.sancto@rbli.co.uk or call 01622 795 947

Since 1919 Royal British Legion Industries has been supporting ex-Armed Forces personnel by training them in employability skills to ensure they have the best opportunities to enter the civilian workforce. Demand for RBLI’s skill and expertise is undiminished among this generation’s Service leavers, as is the need for its high dependency nursing home care, supported accommodation, and welfare advice and guidance.

Today, a modern RBLI not only provides employment and training to the Armed Forces Community, it supports an increasing number of disabled, disadvantaged and vulnerable people in finding and retaining work.

As well as being a registered charity, RBLI is also a social enterprise and has a range of commercial activities that create surpluses to help fund the vital rehabilitation work we do. Commercial clients of RBLI not only secure goods and services they need, of the right quality and price, but also enhance their own Corporate Social Responsibility commitment through working with us.

For almost 100 years, the Royal British Legion Village has been home to RBLI and Armed Forces veterans. In addition to their factories, offices and housing on the village, RBLI now also has a factory in Leatherhead, Surrey. 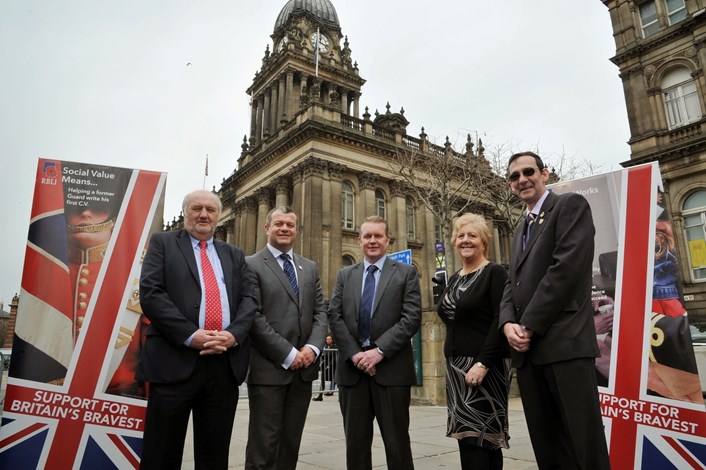