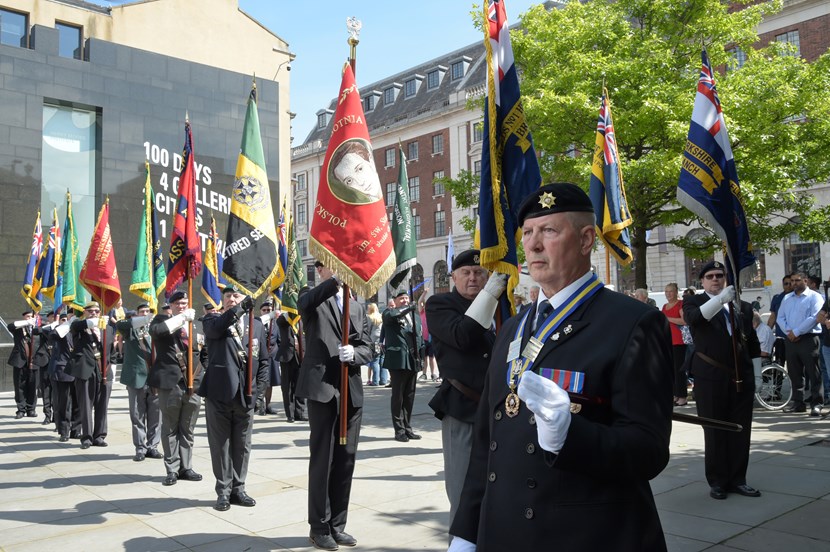 People of all ages are once again being invited to celebrate the courage, dedication commitment of the British Armed Forces, as part of Leeds Armed Forces Day.

Armed Forces Day in the United Kingdom is now marked by hundreds of events held across the country, celebrating the courage and contribution of the British Armed Forces community: From veterans to currently serving troops, reserves, cadets and service families.

Hosted by the Lord Mayor, Councillor Eileen Taylor, Leeds is celebrating with a fantastic free event on Briggate in the city centre, from 11am to 4pm on Saturday 29 June 2019.

As part of the city’s Armed Forces Day tradition, the celebrations will begin with a parade led by West Yorkshire Fire and Rescue Service Band from Albion Street, down Commercial Street and Briggate – for a formal salute at the dais with the Lord Mayor, Children’s Mayor, Rio Abbot and HM Lord-Lieutenant of West Yorkshire, Mr Ed Anderson.

Down the length of Briggate will be stalls, stands and marquees with an array of activities, displays – including a full-scale replica Spitfire, military equipment and information together with the opportunity to speak to members of military charities and veterans’ groups and hear about their experiences in service.

There is a full programme of entertainment throughout the day with a fantastic line-up of both contemporary and traditional musical entertainment, including the City of Leeds Pipe Band; Leeds teen-star with the big voice, Jessica May Frost; the popular singing and dancing trio, the Daisy Belles; and local rock band Rocky Road, fronted by Armed Forces veteran Naheed Tariq.

To round up the day’s fun and celebrations, a World War 2 RAF Dakota will perform a thrilling flypast three-times down Briggate – promising us a ‘wing-waggle’ on the final pass.

“Following the wonderful pageantry of the flag-raising event which announced the start of Armed Forces week last Saturday, I’m delighted and honoured to be hosting the city’s Armed Forces Day celebrations this Saturday. I am extremely proud that joining me in taking the salute following the parade, will be HM the Queen’s representative, HM Lord-Lieutenant of West Yorkshire, Mr Ed Anderson – in what promises to be another rousing military spectacle.

“As a city, we are extremely proud of our long and distinguished military history and of our current armed forces personnel who work in various deployments at home and abroad – addressing emergencies, providing security and supporting numerous initiatives in dangerous situations, with great dedication and professionalism.

“It is wonderful therefore that through Leeds Armed Forces Day we can come together and say a big thank you to our service men and women. I would like to offer a big thank you to everyone taking part and who has contributed to the organisation of what has rightly become one of our city’s most popular events in the civic calendar.”

Leeds City Council is most grateful to the Ministry of Defence for their funding towards this event. 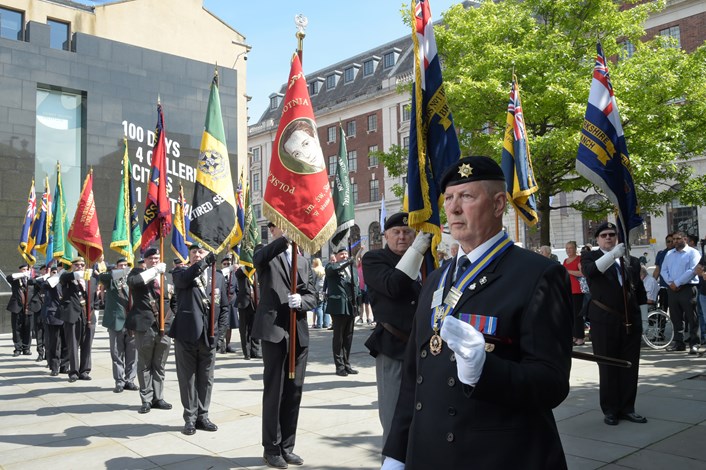