The Leader of Leeds City Council Councillor Judith Blake has today written to government with a proactive proposal for how to proceed with the next phase of the Leeds Flood Alleviation Scheme.

The letters follow a meeting by a Leeds delegation with Environment Minister Thérèse Coffey in London on Wednesday to discuss how the proposed £112.1million phase two of the scheme to protect Leeds from potential flooding from the River Aire catchment could be funded and approved to progress.

At the meeting, the Minister supported the need for the city to have more substantial protection than a one-in-75-year flood level, which would not have proved effective during the Christmas floods of 2015 which hit the city.

The Minister stopped short of committing support for the one-in-200-year protection put forward by Leeds City Council in the £112.1m scheme, following extensive survey and modelling working with the Environment Agency after the impact of Storm Eva to determine the comprehensive level of protection needed.

With phase one of the Leeds Floods Alleviation Scheme already completed offering protection to the city centre and Woodlesford, phase two offers a further range of complementary measures to protect the Kirkstall Corridor which was badly hit in 2015 and further measures up to and including the upper catchment of the River Aire.

As a suggested way forward, Councillor Blake has now written to both Thérèse Coffey and the Chief Secretary to the Treasury Liz Truss offering a proactive and pragmatic potential solution. This would see the government commit to £79.8m of funding to allow works on a one-in-100-year level of protection to begin next year, with Leeds City Council underwriting £32.3m of funding to enable the delivery of the one-in-200-year level scheme originally proposed for phase two.

“Following the meeting this week, we know the government is supportive of enhanced flood protection for Leeds in principle, but we really need to translate these words into actions with extreme weather becoming more frequent and communities in Leeds and neighbouring areas remaining vulnerable to the threat of flooding.

“Completing phase two in full would give us the level of protection identified as being needed after the devastation cause by Storm Eva. We are happy to put forward this proactive proposal to the government so we can hopefully reach agreement and get on and deliver these works to give reassurance to our residents and businesses that we have done everything we can to protect them from flood risk. We look forward to hearing back from the government quickly, and would be happy to discuss this with them at any time as this remains of pivotal importance for our city.”

Phase two of the scheme, put forward by Leeds City Council after carrying out extensive survey and modelling work after the 2015 floods, proposes a further £112millon investment in a range of measures along the River Aire including to its upper catchment to offer a one-in-200-year level of protection for Leeds against the threat of flooding. 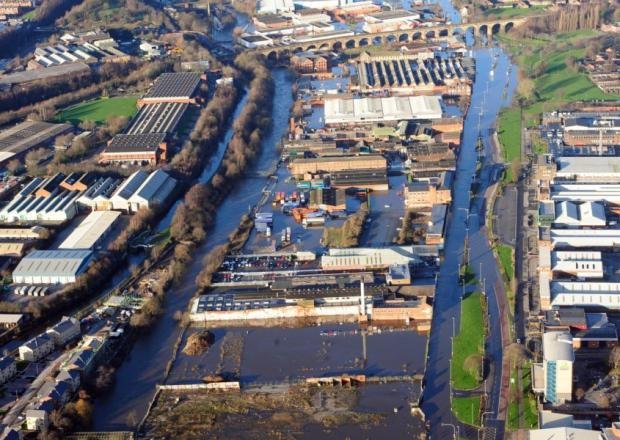