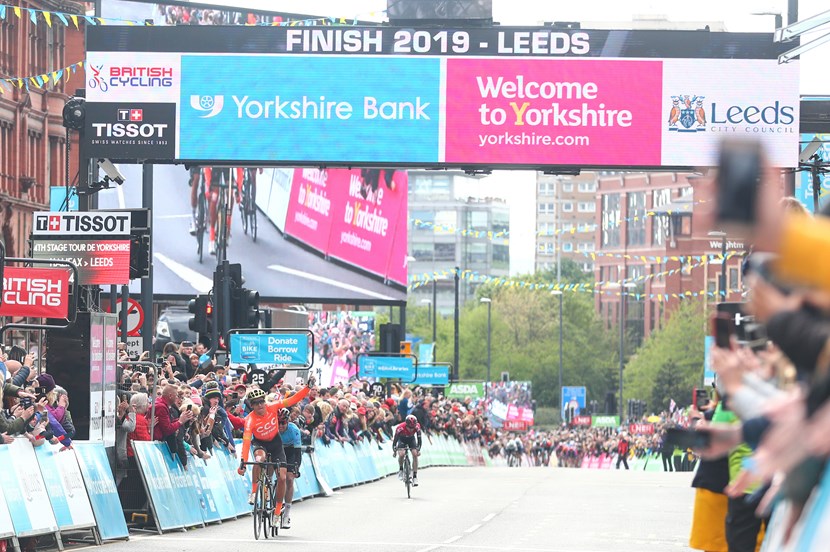 No less than 800,000 spectators witnessed a gripping conclusion on Sunday, taking the overall roadside attendance to just under two million (1,960,000) over the four days of action.

Van Avermaet (CCC Team) forged clear with Lawless and his Team Ineos team-mate Eddie Dunbar as the 175km trek from Halifax neared its conclusion, and while it was Van Avermaet who sprinted to victory along The Headrow, Lawless came home in second to seal the biggest overall race win of his fledgling career.

Welcome to Yorkshire’s Commercial Director Peter Dodd said: “This is a big year for cycling in the county with the UCI Road World Championships taking place in September, and the 2019 Tour de Yorkshire has been incredible. The pride and passion of all those people watching over the last four days has been plain to see and having the world-class male and female riders in action will have inspired thousands of people to get active.

“We’ve taken the race to another level this year and Christian Prudhomme commented today that Yorkshire deserves the yellow jersey for its crowds. Driving the route, the crowds were up there at Tour de France-level proportions, six-ten deep in almost every place we passed through. We’re showcasing Yorkshire to a worldwide audience and that’s incredibly powerful, and our race is going from strength to strength.”

Race winner Chris Lawless said: “I can’t believe I’ve won what is essentially my home race and I’m over the moon. I’ve really surprised myself over the last four days and that was the deepest I’ve ever dug on a bike.

“It’s always nice to race in Britain because we don’t get to ride here much and the crowds in Yorkshire are always amazing. I’ve started every edition of this race and always had good memories of it. It’s always a nice race to come to and the fans are always really supportive. There’s hundreds of thousands of them and I’ve heard my name shouted a few times this week which is always nice. It’s incredible to have won here.”

Stage winner Greg Van Avermaet said: “I’m happy with the stage win on the streets of Leeds, and also second place overall. I’m always happy to come to Yorkshire; I first came here in 2014 and I like the organisation and the people, and it’s always a great atmosphere. We were a bit unlucky with the weather in the previous three days but the number of people in the crowds really appreciated what we were doing.”

Leader of Leeds City Council Councillor Judith Blake said: “It was great to see another fantastic finish to the Tour de Yorkshire in Leeds, with huge crowds of families and people of all ages cheering on the world’s finest riders in a tremendous atmosphere. It was the ideal start to a run of amazing world-class sporting events coming to Leeds in 2019, with the excitement of the World Triathlon Series Leeds, the Cricket World Cup, the Ashes Test match and the UCI Road World Championships all coming soon to further strengthen the reputation of Leeds as a major international sporting city and the place to be for unforgettable sporting moments.”

• Help for Heroes are the Official Charity Partner for this year’s race. Find out more at www.helpforheroes.org.uk 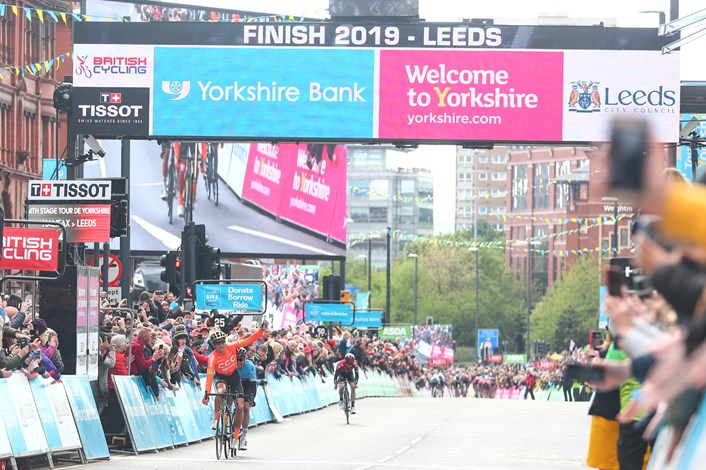