Complaints from the local community, about waste pilling up in the front yard of a vacant property in Harehills, has resulted in a landlord being hit with a heavy bill.

Muniba Rashid, of Wetherby Road pled guilty to five charges under the Environmental Protection Act and was forced to pay £2,799 in costs and fines at Kirklees Magistrates court.

Ms Rashid ended up in court after ignoring a £100 Fixed Penalty Notice issued by a council environmental action officer and continually failing to engage with council officers.

Enforcement officers intervened following complaints and having issued the necessary warning letters, they proceeded to issue a Community Protection Notice to compel Ms Rashid to take appropriate action and clear up the waste.

Council officers had to step in and clear the dangerous waste from the properties front yard, despite continued efforts to engage with the property owner.

Community Protection Notices direct people to stop causing a problem that is having a detrimental impact on the quality of life of people in their neighbourhood. As the legal notice was ignored, Ms Rashid was issued with the £100 Fixed Penalty Notice.

The penalty notice remained unpaid, so Ms Rashid was prosecuted through the courts to impose a fine and recover the costs of removing the waste.

“As a council we remain committed to taking environmental crime seriously and I would encourage residents to report any issues to the cleaner neighbours team. By working with communities, we can swiftly act to protect the wider community.

“Although people may not think that storing waste on their own land is a concern, it hugely impacts neighbourhoods and can act as a catalyst for other environmental issues, such as littering and fly-tipping.” 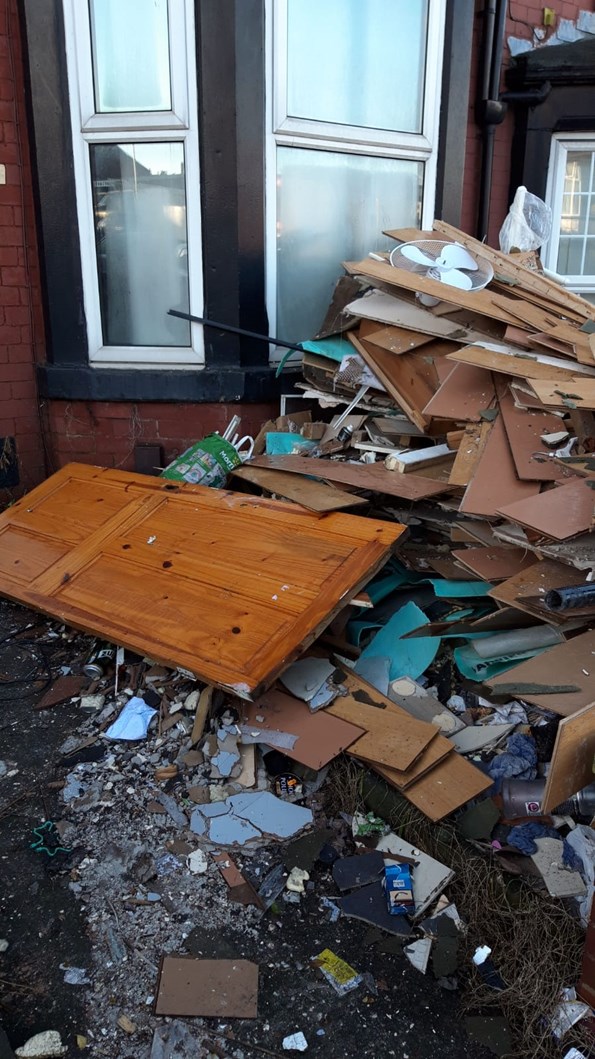