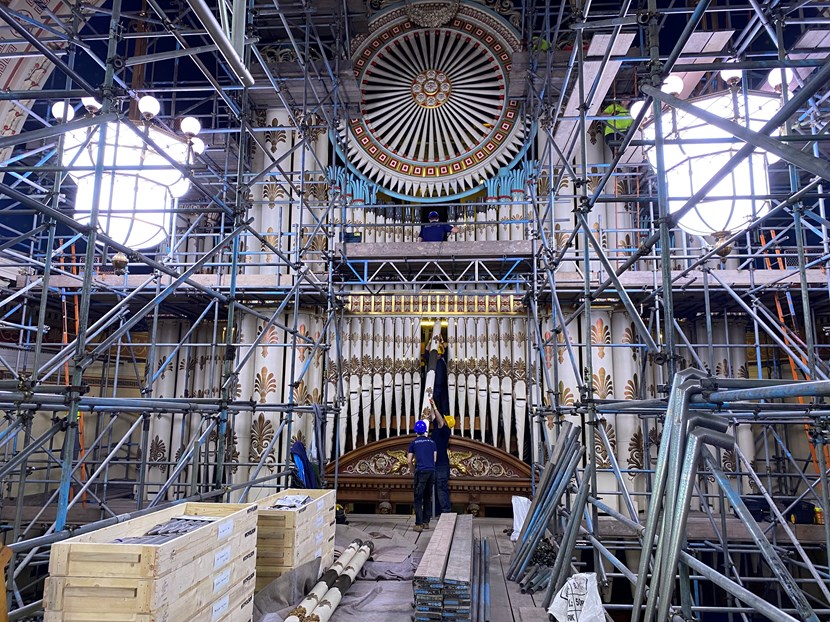 Expert engineers have literally been pulling out all the stops this week as work to secure the future of Leeds Town Hall’s historic organ finally got underway.

The once-in-a-lifetime project, which technicians say is among the biggest the country has ever seen, will see the huge instrument carefully deconstructed and then rebuilt and reconfigured, 163 years after it was first played for Queen Victoria at the building’s opening ceremony.

Pipe organ specialists from Nicholson and Co. Ltd set up in the building’s magnificent Victoria Hall this week where they began erecting a complex network of scaffolding around the 50ft high organ before getting to work on the painstaking process of dismantling its impressive pipes and intricate inner workings.

Over the coming months, much of the instrument’s ageing existing mechanism, including its soundboards, wind supply and console will be replaced, with the aim of giving it a fuller and more integrated sound during future performances.

Originally built by Gray and Davison of London to designs by William Spark and Henry Smart in 1853, the decades have begun to take a severe toll on some of the organ’s features, meaning the work is vital to make sure it can be played for future generations.

But given it is one of the largest of its kind in Europe at 47 feet wide and almost 70 tons, working on the musical heavyweight is no easy task.

Andrew Caskie, managing director of Nicholson and Co. Ltd, said: “This is certainly a huge and highly specialist job but working with such an incredible and historic organ in these stunning surroundings is a genuine privilege.

“Over the next few weeks, we’ll carefully disassemble the organ before replacing many of the pipes and all of the internal mechanism while keeping the beautiful façade and casework.

“The result will be the perfect combination of new and old, with important heritage aspects preserved whilst we also create an instrument fit for the future.

“Once that work is complete, we’re sure the audiences at Leeds Town Hall will notice a massive difference and the organ will entertain audiences in Leeds for generations to come.”

Earlier this year, The National Lottery Heritage Fund pledged a grant of £249,810 toward the project to restore Victoria Hall and rebuild the organ.

The project will see the magnificent performance space’s decorative features given some much-needed care as artists strip back layers of dirt, dust, and urban pollution to reveal an earlier artistic vision for the hall.

The scheme is part of wider efforts to refurbish and restore Leeds Town Hall over the next two years, taking care of a Grade 1 listed public asset whilst also ensuring the building can host large-scale events and concerts which generate significant income for the council and the city.

A fundraising campaign will also actively be seeking grant funding, sponsorship and donations to support the organ project while the refurbishment is ongoing.

Councillor Jonathan Pryor, Leeds City Council’s deputy leader and executive member for economy, culture and education, said: “It’s amazing to see work on the organ getting underway, and seeing the sheer scope and scale of the project brings home what a unique heritage asset this remarkable instrument really is.

“Leeds Town Hall and its beautiful performance space have been part of the city’s cultural, architectural and musical DNA now for more than 160 years, so ensuring that continues in the future is hugely important.

“They will also play a key role in the city’s future, hosting bigger and better performances and events and generating vital income for the city centre economy and cultural sector.”

More information on the Town Hall including upcoming events and how you can support the building by making a donation and being part of fundraising can be found at: www.leedstownhall.co.uk/support-us 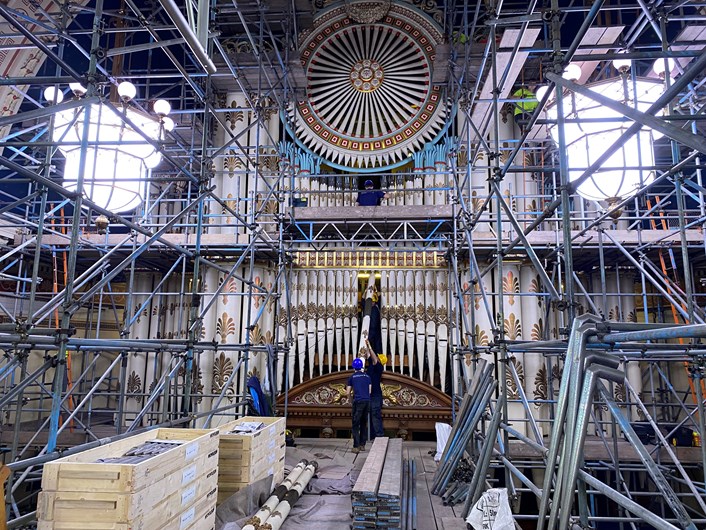 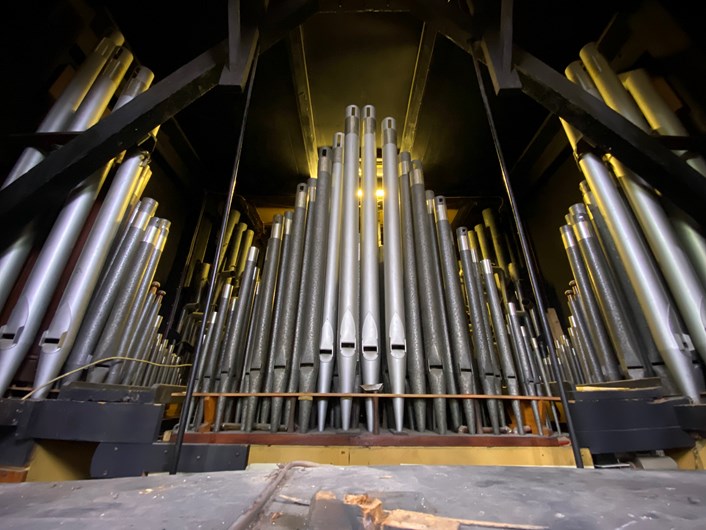 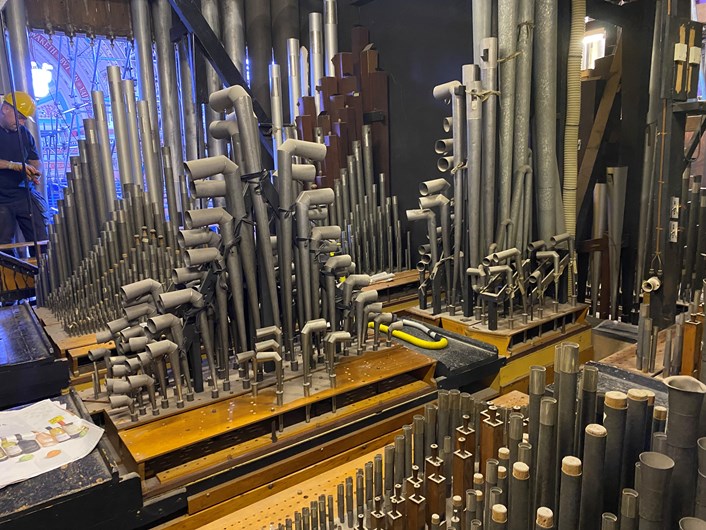 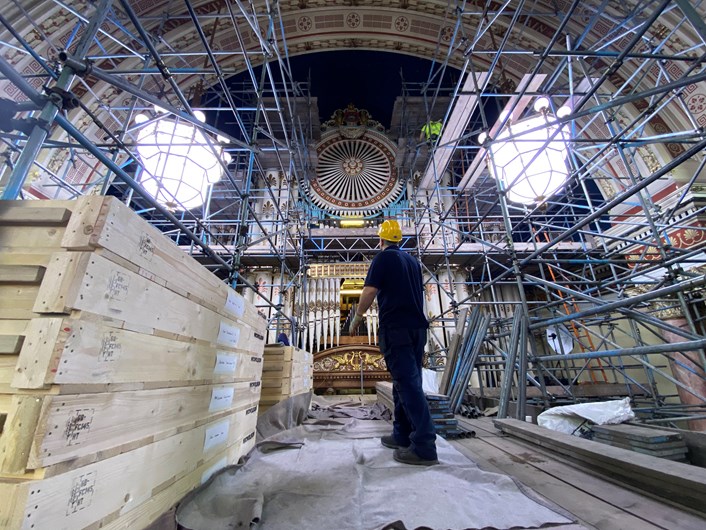 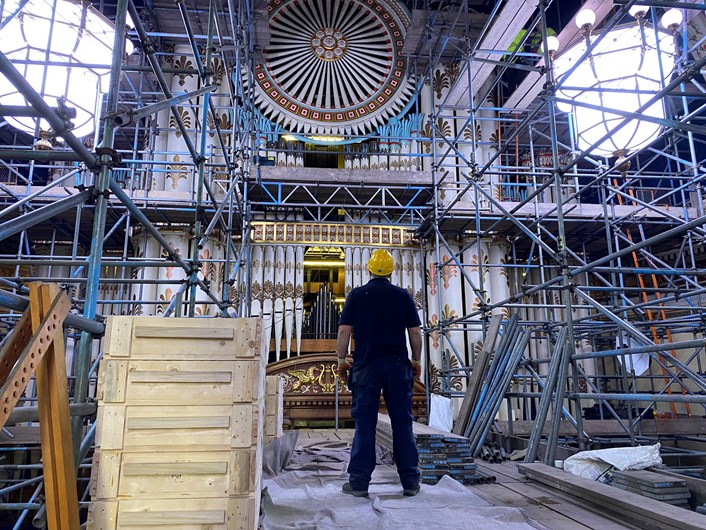 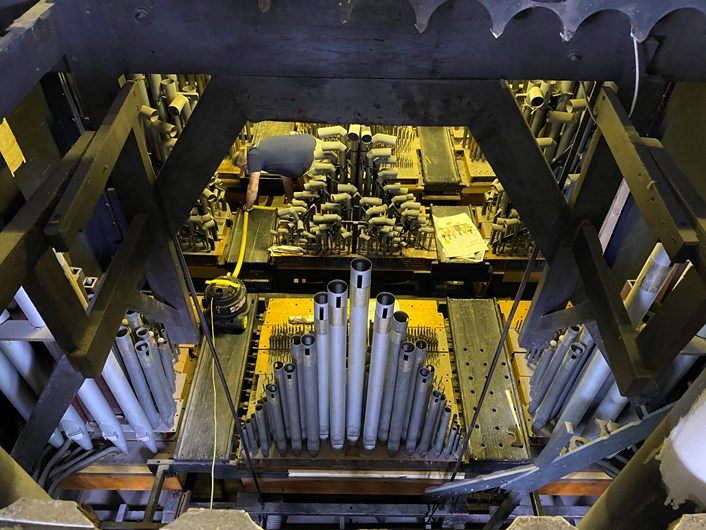 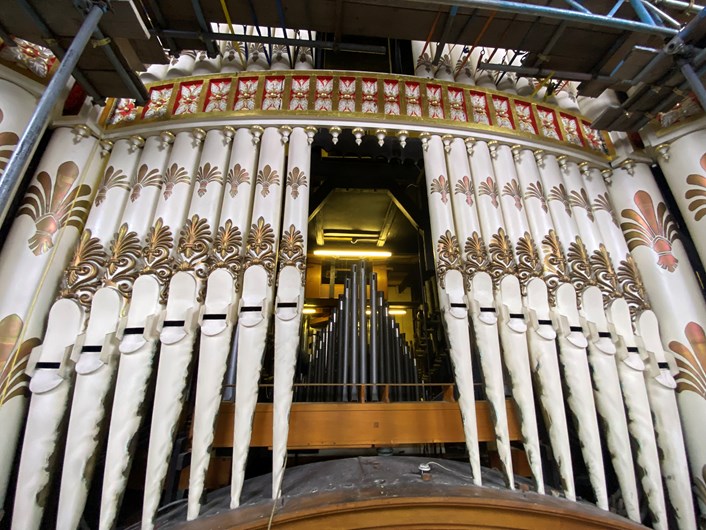 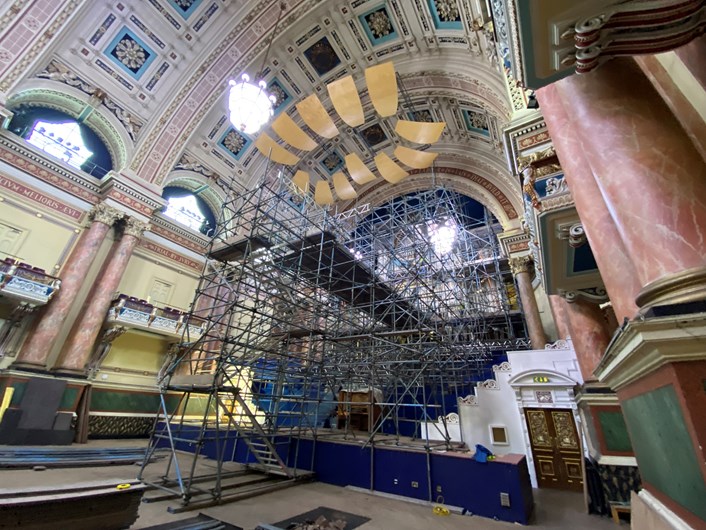 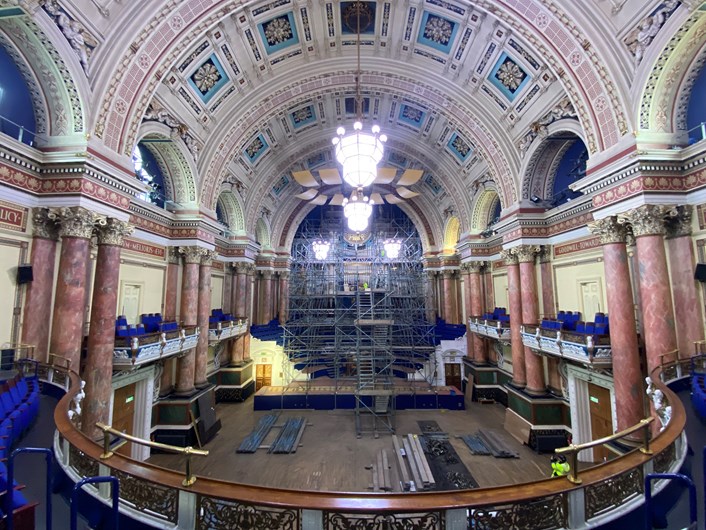