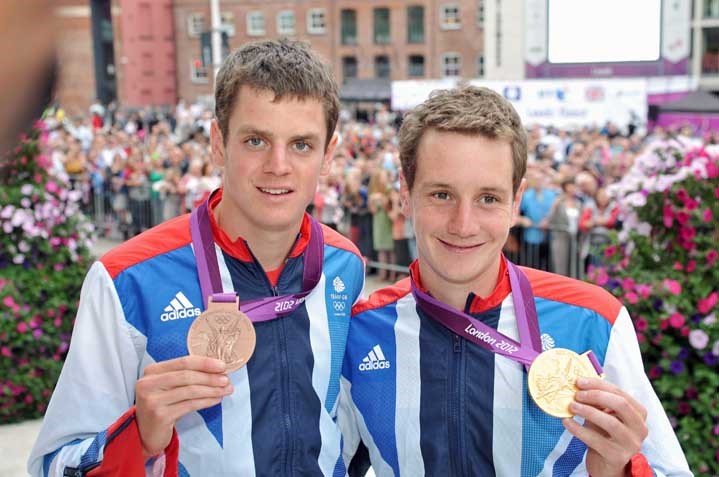 The International Triathlon Union (ITU) has confirmed 11-12 June 2016 as the dates for the world’s best triathletes to take on Yorkshire’s and Britain’s finest, including Alistair and Jonathan Brownlee, at the ITU World Triathlon Series Leeds.

Featuring as one of eight confirmed races in the prestigious ITU World Triathlon Series, Leeds will feature on BBC television, and be broadcast to a global audience.

The June date sets things up for ITU World Triathlon Leeds to be the final opportunity to see Team GB triathletes swim, bike and run on home soil before they compete in the Rio 2016 Olympic Games.

As the baton is passed from London to Leeds, Alistair Brownlee celebrated another memorable win at the Vitality World Triathlon London on 31 May before looking ahead to the ITU World Triathlon Series being hosted in Leeds next summer.

Hyde Park has hosted a major triathlon every year since 2009. This year’s event on 30-31 May featured as part of UK Sport's National Lottery funded #EveryRoadtoRio events series, attracting 5000 amateur athletes and the elite competitors battling to win the 2015 ITU world titles. The London event attracted 1.2 million viewers for the live BBC broadcast.

Alistair said: “Triathlon has come from a sport that hardly anyone knew about, to in 2016 there being a World Series race in my home city of Leeds.

“In Leeds the entire city is going to be behind the triathlon. It’s going to be the major event of the summer, and I think the whole city will get behind it. Hopefully hundreds of thousands of people are going to come out to support the sport.”

Jonathan Brownlee added: “Having a World Series race right here at home is amazing, and it’s just a year away. This will be a really big part of our Olympic build up, and what a send off it will be to be cheered along by thousands of home fans before we go.”

As well as cheering, the general public will have the opportunity to take part in the event through competing and volunteering. A range of competition opportunities are planned for all levels, from beginner to amateur world champions.

Leader of Leeds City Council Councillor Judith Blake said: "As could be seen from watching the coverage of the races in London recently, there is already a real excitement about the World Triathlon Series coming to Leeds next year so we cannot wait for June 2016 to come around.

“As our leading Leeds-based triathletes Alistair and Jonathan Brownlee, Non Stanford and Vicky Holland have all said, there is a huge appetite for watching world-class sport in our city and the Yorkshire region, and like the Tour de France this event will be something everyone can get involved with, watch and support.

"Lots of ideas are already coming in for the supporting cultural programme, while the chance to volunteer or take part in the mass-participation races mean there will be something for everyone, so this is shaping up to be another fantastic event to showcase our city and region to the watching world."

Amateur triathletes will have the opportunity to compete on the same course as the elite competitors in mass-participation races, and the event will be supported by a range of cultural activities in the build-up. Roundhay Park will also host novice GO TRI events aimed at encouraging new triathletes to take up the sport. Prospective competitors, spectators and volunteers are invited to register their interest via http://www.britishtriathlon.org/leeds.

The full schedule for the 2016 ITU World Triathlon Series is as follows, one additional event may be added and confirmed by ITU:

FOR FURTHER INFORMATION CONTACT: Helen Gorman on 07739 456644 or helengorman@britishtriathlon.org.

British Triathlon is the Governing Body for the sport in Great Britain. It is responsible for raising the profile and delivering elite performance for Triathlon, Paratriathlon, Duathlon and Aquathlon in Great Britain. Triathlon is a fast growing, dynamic and modern Olympic sport with talented world class athletes, coaches and support staff, focused around delivering world-class events and medal winning performances.

Great Britain is home to the 2012 Olympic Champion (Alistair Brownlee) and bronze medallist (Jonathan Brownlee) as well as numerous current world champions www.britishtriathlonmedia.org/current-world-champions amongst a strong squad of world ranked elite triathletes, and emerging talent from our youth development programmes. British Triathlon enables paratriathletes to deliver world-class success, raising the profile of paratriathlon in the build up to the Rio 2016 Paralympic Games.

There are over 1200 triathlon events conducted in Great Britain each year including the British Triathlon Super Series, which attracts athletes from all over the world. British Triathlon is committed to being a leader in environmental awareness in sport, protecting the environment in which we operate today and in the future.

British Triathlon aims to promote excellence in our sport, and create opportunities for everyone to achieve their personal triathlon challenges. www.britishtriathlon.org

British Triathlon is a beneficiary of the UK Sport Lottery funded World Class Programmes (WCP). The programmes focus on performance sport with the aim of achieving sporting excellence on the world stage. Further information can be found on the UK Sport website at www.uksport.gov.uk.

The ITU Triathlon World Series is part of UK Sport’s #EveryRoadtoRio events series, which will feature over 30 world class sports events the length and breadth of the UK, with over 900,000 tickets available to the British public to support their athletes. 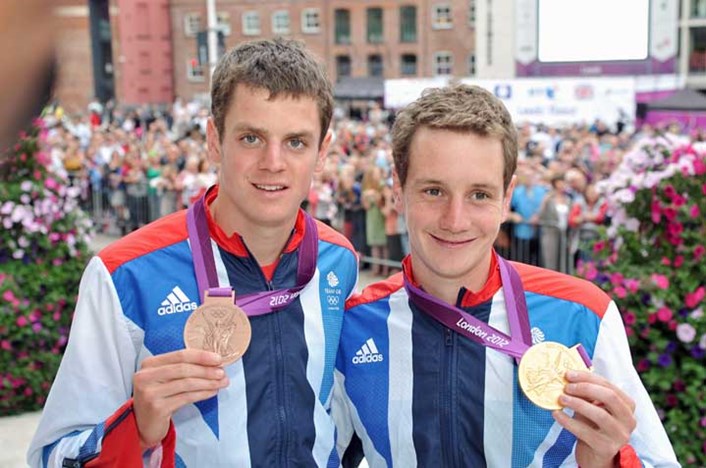