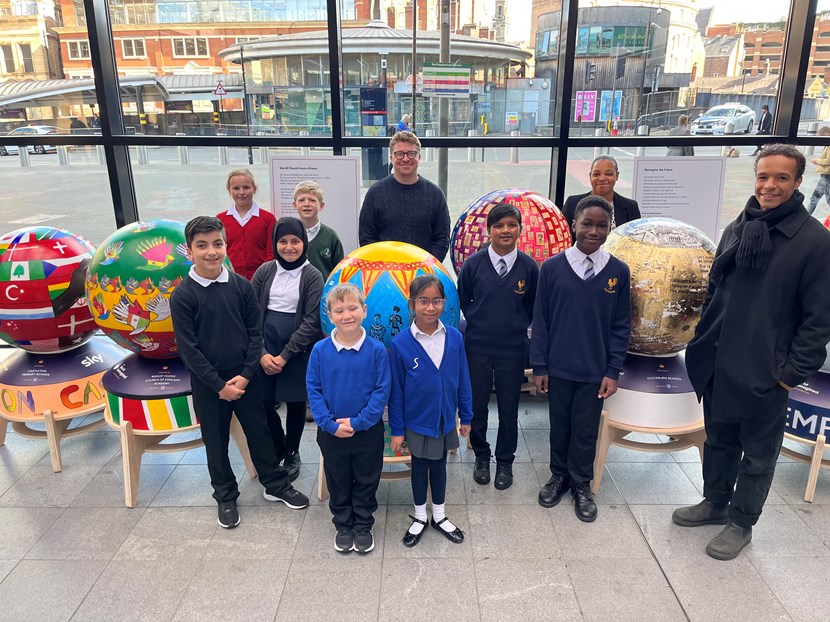 Creative young people from schools across Leeds have seen a series of stunning globes they crafted in the classroom go on display to the public.

As part of a spectacular cultural education project, pupils from 13 schools around the city designed and created their own beautiful artworks which are now on show at Leeds Train Station.

The project has seen pupils explore the history and impact of the Transatlantic Slave Trade and then put their learning into practice, working together to create a unique sculpture with its own compelling message.

Focusing on themes including compassion, courage and connection, the learning programme has also encouraged pupils to think about the actions we can each take to make racial justice a reality in our society.

The project was inspired by The World Reimagined, an exciting and thought-provoking arts initiative which has seen Leeds join cities around the UK in hosting a trail of large scale, colourful globes created by renowned international artists.

Forming a trail across Leeds and its communities, the globes aim to bring to life the reality of the slave trade through themes including ‘Mother Africa’, ‘The Reality of Being Enslaved’, ‘Still We Rise’ and ‘Expanding Soul’.

The World Reimagined learning programme manager, Sabrina Reid said: "Our learning programme has been made possible by the many incredible co-creators who helped us create something that can be used, adapted and implemented within a school-wide environment.

“We hope young people and teachers use the various elements to foster a culture of respect, equity and inclusivity. Our goal is to support educational spaces to be liberating and open and where young people are equipped with tools to become agents of change.

"It’s been so inspiring to see how people have engaged with the Learning Globes. Combining education with art has provided a platform for people to ask questions and not shy away from delving into the history of the Transatlantic Trade of Enslaved Africans.”

As well as creating their own miniature globes, pupils from Bishop Young Academy and Cockburn High School, two of the schools involved, have submitted poems inspired by The World Reimagined which will be included in a national anthology.

Councillor Jonathan Pryor, Leeds City Council’s executive member for economy, culture and education, said: “The trail of beautiful globes around Leeds has really captured the imaginations of people in communities all across the city and makes a bold statement about our status as a City of Sanctuary.

“It’s fantastic to see that The World Reimagined has also inspired our young people to create something beautiful and to think and talk about history and racial justice in school.

“These young people have the world in their hands, and they are the ones that will shape the future of the city. I’m sure being involved in such a poignant cultural project will help them to each play their part in building a better, brighter and more tolerant world.”

Globes created by Leeds schools will be on display in the central foyer of Leeds Train Station until October 9.

For more information on The World Reimagined in Leeds, please visit: www.leedsinspired.co.uk/collection/world-reimagined 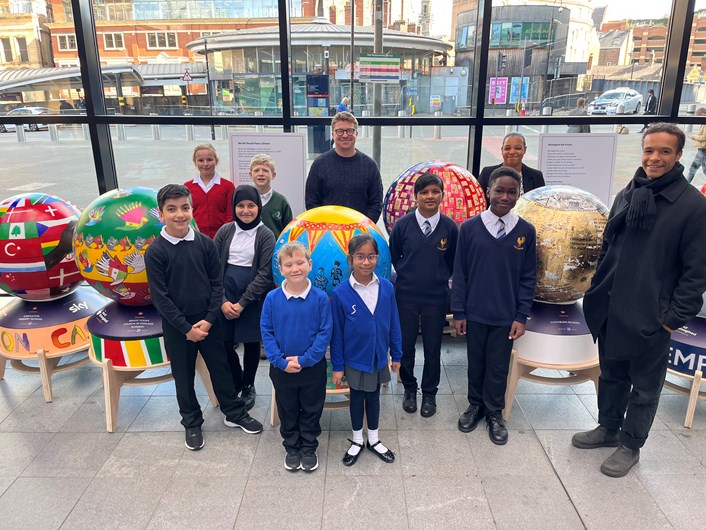 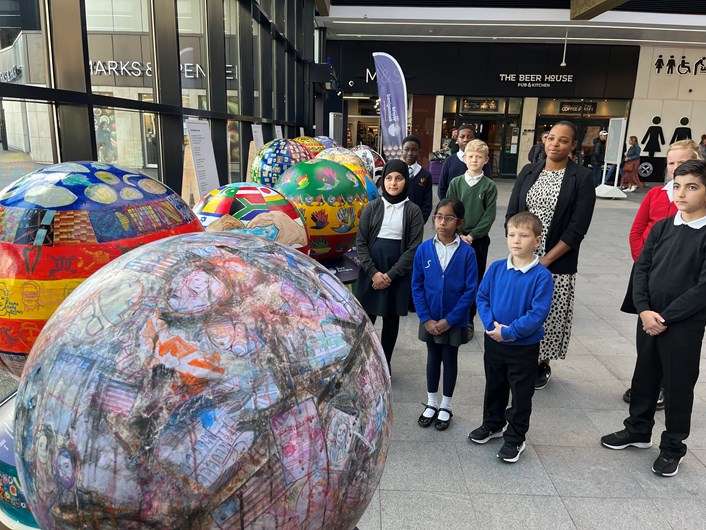 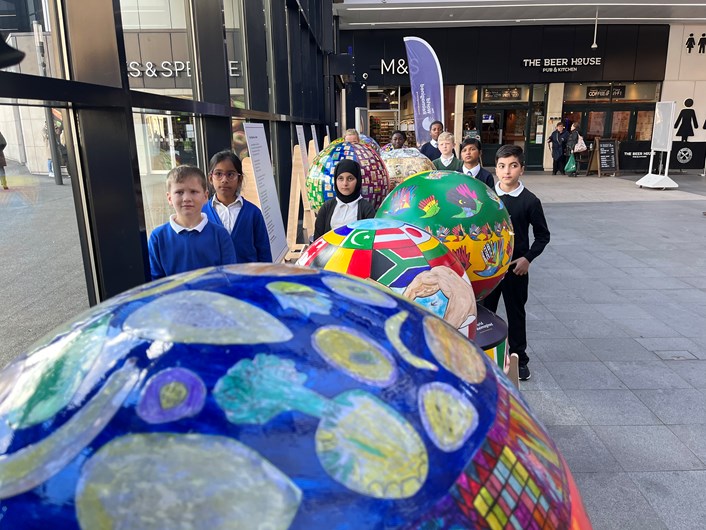 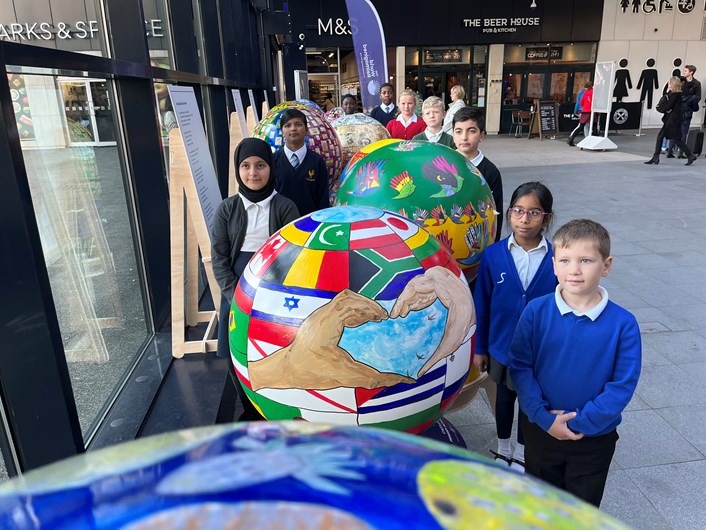 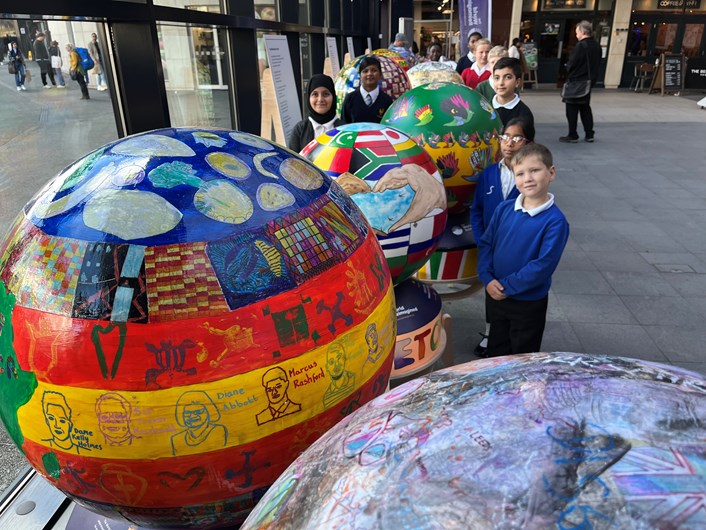