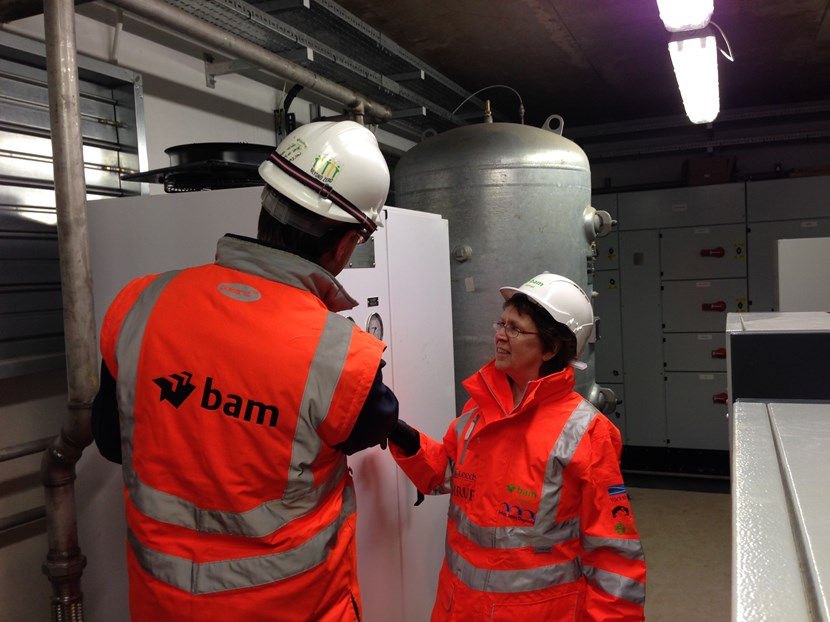 The first phase of the Leeds Flood Alleviation Scheme has reached a major milestone as all three moveable weir gates have now been successfully put in place at Knostrop Weir on the River Aire.Costing in the region of £50million, the scheme is being led by Leeds City Council in partnership with the Environment Agency.

The final stages of the work at Knostrop include the removal of the remaining cofferdam ahead of it becoming a fully operational flood defence later in May.

The three gates have been constructed as part of an innovative approach using moveable weirs, which can be lowered in flood conditions to reduce river levels and the threat of flooding. This is the first time that moveable weirs are being used in the UK for a flood defence.

The weirs can be lowered, and raised, by deflating and inflating ‘bladders’ fabricated from a bullet proof neoprene material under each gate, which act like giant air filled pillows.

The first of the weir gates at Knostrop Weir has already been tested. Later this month the cofferdam structure, which was installed to allow a dry working area in the river for the construction of the weir gate, will be flooded with water and the sheet piles then removed.

New fish and eel passes are also being constructed at Knostrop. The structures consist of a number of shallow trays which the fish and eels can swim and jump up, allowing them to migrate upstream. The previous stone weir was approximately three metres high and a barrier to fish and eels moving up the River Aire.

Moveable weirs are also being constructed further upstream at Crown Point in the city centre, where the installation of the first of two weir gates has been completed. Last month, reinforced concrete works were finished which meant the bladders and gates could be fixed in place prior to testing.

Now this gate has been installed and tested, the cofferdam has been flooded and the sheet piles are being removed to allow for work to begin on the final weir gate adjacent to Fearns’ Island.

The Leader of Leeds City Council, Cllr Judith Blake, recently visited both sites to see first hand how the weirs will be reducing the risk of flooding to the city.

Leader of Leeds City Council Councillor Judith Blake said:“It was fascinating to see the new flood scheme up close and especially to see the amazing technology and engineering involved in putting these moveable weirs in place to control the flow of the River Aire. It is such a simple idea but it is fantastic to see Leeds at the cutting-edge of the field using the latest technology in this way. The value of the Leeds Flood Alleviation Scheme in terms of the reassurance it will offer residents and businesses over the coming years and decades is incalculable, so we very much look forward to seeing phase one complete later this year while we continue to make the strongest possible case for further significant measures to help protect all our communities threatened by flood-risk across the city as soon as possible.”

Work on flood defence walls in the Holbeck area are also still underway. Temporary traffic management remains in place and will do so until September 2017. The traffic management has been coordinated with the Bridgewater Place wind baffle scheme in an effort to minimise disruption.

The site works for Phase 1 of the Leeds Flood Alleviation scheme commenced in January 2015 and are due to be completed this summer. It is one of the largest river flood defences in the country. When complete, it will provide an increased level of protection from flooding from the River Aire and Hol Beck for residents and businesses in the city centre. The scheme also includes defences at Woodlesford.

To see the latest aerial footage of the work, visit https://www.youtube.com/watch?v=b_53-S9btYo

Further information on Phase 1 of the scheme can be found here:

Work on phase 2 of the project is currently underway to develop a proposal for how to increase the standard of protection in Leeds including areas such as Kirkstall and Stourton. 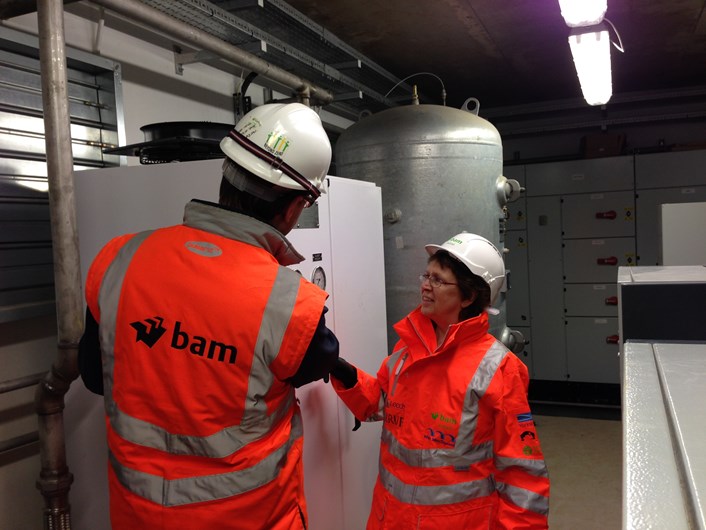