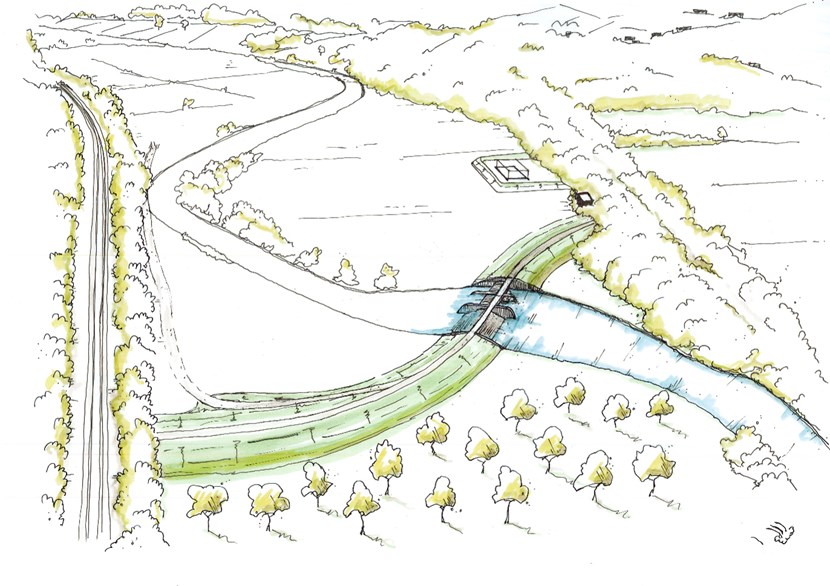 Initial sketches of how the next phase of the Leeds Flood Alleviation Scheme to reduce flood risk in the city could look have been released today.

The indicative images offer early examples of how elements of the scheme could look to reduce flood risk upstream of the city centre including the Kirkstall corridor which was badly hit by the effects of Storm Eva at Christmas 2015.

The images produced by Leeds City Council working with the Environment Agency and BMM jV Limited were presented as part of a pre-application presentation at a planning meeting today, outlining the proposals for phase two of the Leeds Flood Alleviation Scheme.

Building on the success of phase one of the scheme which has seen formal flood prevention measures put in place for the first time in the city centre and downstream at Woodlesford, phase two proposes a further £112millon investment in a range of measures along the River Aire including to its upper catchment.

The plans include the planting of up to two million new trees, which would more than double existing canopy coverage along the River Aire, as part of a strong focus on using Natural Flood Management (NFM) to enhance flood prevention.

This is supported by new infrastructure in the forms of flood defence walls and embankments as well as flood storage sites in areas such as Calverley, where moveable weir technology of phase one will be repeated to allow water to collect and then be released slowly back into the river in a controlled way.

Enhancements to the scheme, which include new bridges and footpath improvements, will be handled in a separate planning application.

Following today’s meeting, work will now continue on the plans with a formal planning application expected to be submitted later this summer. If approved by the government, work on phase two is scheduled to begin mid-2019.

“We are pleased to bring forward these proposals, which are the result of extensive work carried out to identify the level of protection we need, as requested by the government following the devastation caused by the impact of Storm Eva.

Working with the Environment Agency and partners, what we are putting forward is a modern catchment-wide approach to flood prevention utilising a range of measures including a strong focus on tree planting and natural measures to provide the reassurance our communities and businesses need and deserve. The images are early indicative sketches at this stage, but give a flavour as to how it could look. This scheme being supported and approved by the government as quickly as possible is essential so we can get on and do the work we need to get done.”