The initial public consultation on improving road access to Leeds Bradford Airport is now in its final few days as it comes to an end on Friday.

Running since November 23, the consultation has already seen more than 2200 people either take part by attending one of the drop-in sessions or filling in the survey form at www.leeds.gov.uk/AirportLinkRoad.

The survey asks for the views of participants on three possible options for improving road access to the airport, with two seeing the creation of a new link road from the A65 to the A658, while an alternative consists of upgrades to the existing route and junctions.

The survey asks participants to consider three proposed options for improving access to the airport, with two seeing the creation of a new link road from the A65 to the A658, while an alternative consists of upgrading existing junctions with some localised widening.

“We are now in the final week of this initial consultation so I would encourage as many people as possible to take part and give us their views before the deadline on Friday.

“The consultation has sparked a great deal of debate which is what we wanted and I’d like to thank everyone who has taken the time to either come to one of the drop-in sessions or fill in the survey.

“Leeds Bradford Airport has a key role to play in the future growth of our economy, so we’d like to hear the views of many more people before this initial consultation period ends.”

Leeds Bradford Airport is one of the fastest growing in the UK used by 3.3million passengers a year. It also contributes more than £100m annually to the city region economy and was earmarked as a key element of the long-term transport vision for Leeds put forward by the council in October, with the need to develop its strategic connectivity seen as critical to its future success as the regional airport and as an economic hub.

This has been identified as a key need to support its future growth, as well as tackling existing congestion and traffic issues in the local road network.

Leaflets and copies of the questionnaire are also available at local libraries and the Leeds Development Enquiry Centre in the Leonardo Building on Rossington Street.

The scheme to improve access to the airport is to be funded through the West Yorkshire Plus Transport Fund with Leeds City Council leading on its planning and delivery.

Following the end of the initial consultation, the responses received will be collated and a report will be considered by Leeds City Council and West Yorkshire Combined Authority later this year. If approved it is hoped to have a scheme completed during 2023. 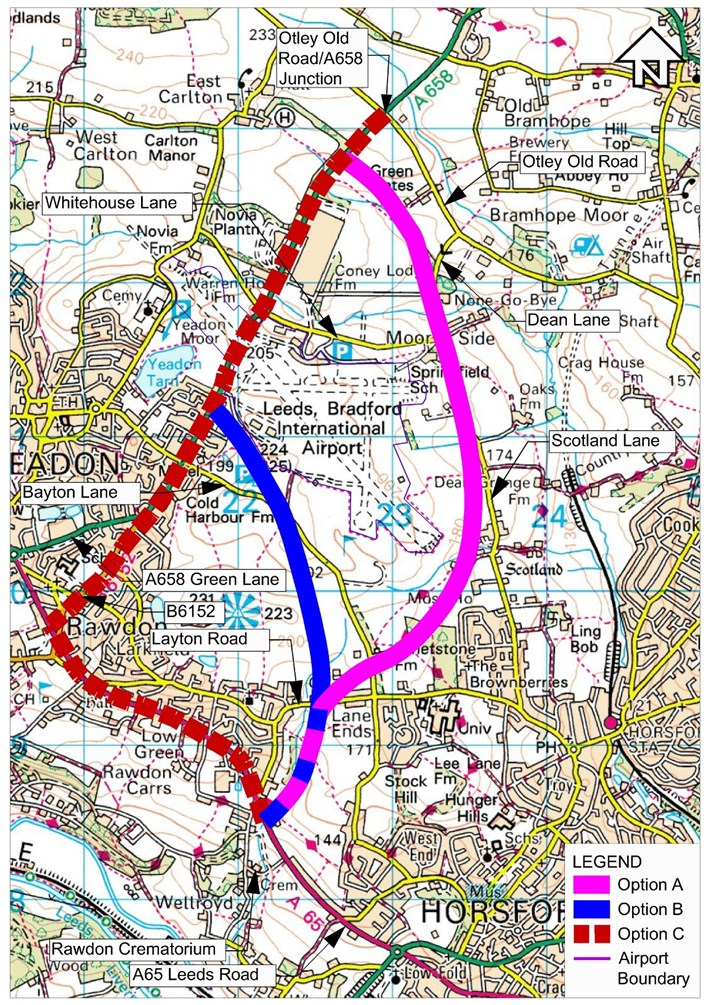