Sent on behalf of Visit Leeds:

Visit Britain have been running a campaign in India to find the country’s biggest cricket fan ahead of this year’s Cricket World Cup. The enthusiasm for cricket in India has been captured by this Visit Britain campaign to promote England to Indian tourists through a partnership with ESPN Cricinfo, an online sports broadcaster in India.

The competition, ‘The Biggest Fan Challenge’, will promote destinations in Britain where the Indian Cricket team is scheduled to play this summer, inspiring visitors from India to travel further and stay longer. The winner of The ‘Biggest Fan Challenge’ is travelling to Britain and visiting the match destinations of Birmingham, Leeds and London as well as Manchester, Nottingham and Southampton.

Visit Leeds has worked in partnership with Visit Britain to showcase the city during the winner’s 24 hour stay. The winner, Veronica Jones, arrived in Leeds earlier this week, where she immediately headed to the city’s iconic cricketing venue, Emerald Headingley Stadium to see the ICC Cricket World Cup trophy.

During their stay, the winner and the film crew experienced a number of the city’s Indian restaurants and also enjoyed a curated tour of The Royal Armouries and visits to the Corn Exchange, Kirkgate Market and the Victoria Quarter. Their trip to Leeds was rounded off in style as they returned to the Emerald Headingley Stadium for a special tour.

Councillor Judith Blake, Leader of Leeds City Council, said: “It really is an unbelievable year of sport in Leeds, and it is very exciting that Emerald Headingley Stadium will be hosting four matches as part of this year’s ICC Cricket World Cup. We are really looking forward to welcoming fans from across the world to Leeds as part of the competition, and it was fantastic to welcome Veronica and have the opportunity to show her the many delights of our city.”

Wendy Earl, Head of Visitor Economy, Visit Leeds, said: “We’re delighted that we have this opportunity to showcase Leeds as a fantastic destination as part of a trip to the UK for tourists from India. We have seen significant interest from India as a result of this year’s Cricket World Cup and this contributes to our vision for Leeds to be known as a vibrant visitor destination with a reputation for hosting world-class sporting events.”

Mark Arthur, The Yorkshire County Cricket Club Chief Executive, said: “Headingley is thrilled to host four prestigious fixtures in this year’s ICC Cricket World Cup. When Headingley has hosted India matches in the past, the atmosphere has been electric.

“We are excited to welcome the India and its supporters, and showcase our fantastic new-look stadium to a global audience.”

The Visit Britain trip will be filmed, capturing the winner’s experiences in each city and promoting what other Indian tourists can see and do here. The estimated views for the film (each city will have their own) is about 50 million.

Visitors from India spend more in Britain on average per visit and stay longer than the average inbound visitor, spending more than half their time outside London.

VisitLeeds is an organisation run by Leeds City Council that aims to promote and showcase the variety of attractions on offer in Leeds and the surrounding area. Their vision is for Leeds to be a world-class, modern and historic European destination with a reputation for a vibrant and creative cultural scene set against the backdrop of rich heritage and outstanding architecture

Leeds is the third largest and one of the fastest growing cities in the UK, attracting over 29 million visitors annually from both the UK and abroad.

One of the greenest cities in Europe, Leeds is the third best shopping destination in the UK outside of London.

Leeds boasts four major theatres, over 16 museums and galleries. A thriving economy boasts strengths in financial and professional services, manufacturing, health and digital, and with excellent road, rail and air links, it is a perfect gateway for tourist and business visitors to the Yorkshire region.

Leeds is also a world class sporting destination having hosted the greatest ever Grand Depart in 2014, Rugby League and Union World Cups and this year hosting the ITU World Triathlon Series for the fourth year running as well as being home to Yorkshire Cricket, Leeds United and Leeds Rhinos. The home of Yorkshire County Cricket, Emerald Headingley Stadium will host four games in the ICC Cricket World Cup in 2019. For more information, please see: www.visitleeds.co.uk/sport.aspx 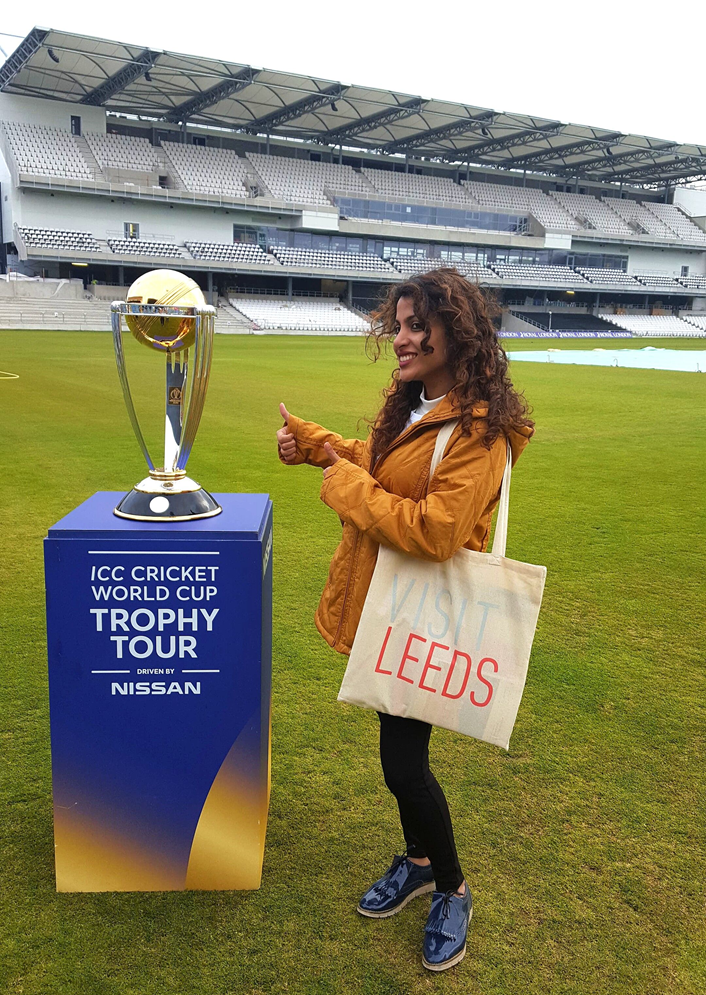