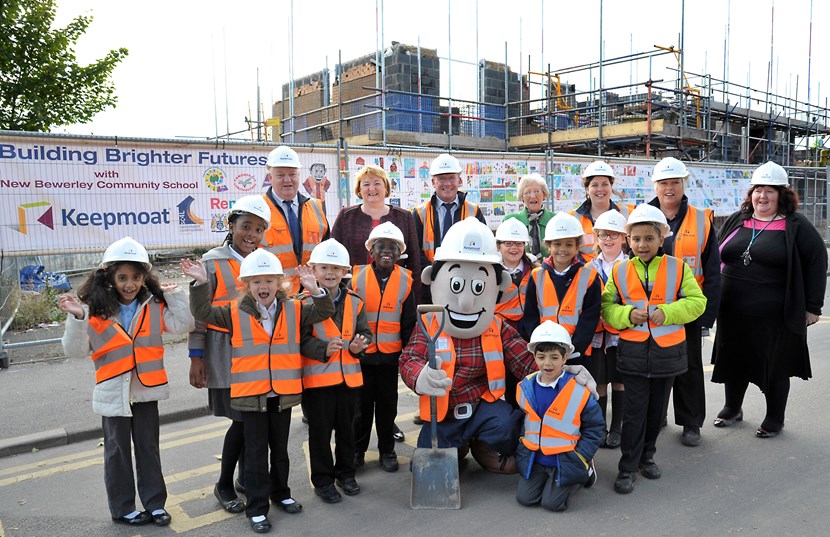 The range of professions involved in building new council homes on the housing regeneration project have been brought to life in artwork created by local pupils.

New ‘building brighter futures’ banners displaying the posters created by New Bewerley Community School pupils are now on show at a Beeston site where 60 homes are being built by the council’s partners, sc4L and Keepmoat.

The posters were designed by pupils after they were treated to a construction alphabet assembly by mascot Keepmoat Ken before the summer break.

They were challenged to pick a letter and identify the different professions needed to make a building project work and design a poster for their preferred role.

As well as getting pupils to think about careers in construction beyond what they see people doing on the site on their way to and from school, pupils were also given a special health and safety assembly to warn of the dangers on building sites.

“Yet again, the housing regeneration project is demonstrating that council house growth is about so much more than bricks and mortar.

“Pupils are seeing new council homes progress day by day on their way to and from school and now they have a great insight into the people and skills needed to make it all happen, as well as important safety advice.

“We want to create a positive, lasting change in our communities so I’m delighted to see that the pupils have taken such a keen interest as they will help us sustain these communities in the future.”

“With such a big development on our doorstep, it seemed an ideal opportunity to delve into the world of construction. As well as letting pupils know what is being built and why, we really wanted to stress the importance of keeping safe near a building site.

“They’re immensely proud to see their construction posters on display, and so are we.”

“When you see a building site, you might not often think about all the work happening in the background by the people you can’t see. Thanks to the artistic flair and creativity of the New Bewerley pupils, that will no longer be the case.”

“It’s always brilliant to see how enthusiastic children get about what we do. Not only are we building homes for the future, but hopefully we’ve inspired what could be the next generation of construction industry workers.”

As part of their commitment to communities at the heart of the housing regeneration project, sc4L and Keepmoat are working with local primary schools and clubs to educate younger pupils about construction and safety. Their work with local secondary schools includes site visits and work placements, highlighting career opportunities and offering CV advice and mock interviews. 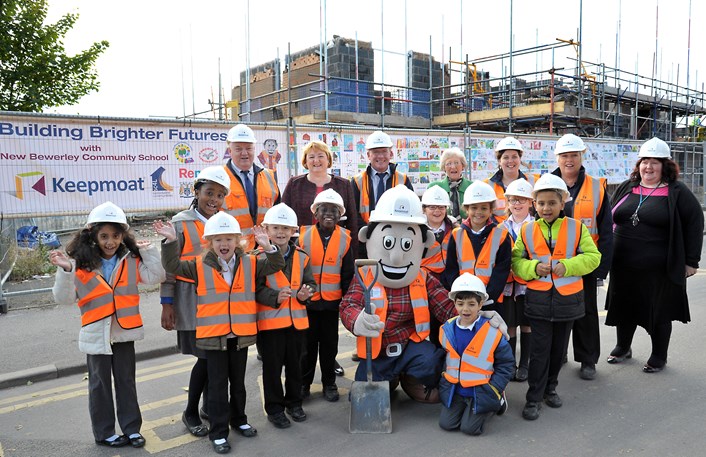