Discovered by a metal detectorist on farmland in Leeds in 2008, the dazzling hoard includes high quality gold jewellery which would only have been worn by people of exceptional wealth and high status in Anglo Saxon society.

The Pyke Clock at Temple Newsam

Eight feet tall and covered with beautiful gilded figures, the Pyke Clock is thought to have once belonged to Queen Marie Antoinette of France and later the Duke of Buckingham. It was he clock was made in 1765 by renowned royal clockmaker George Pyke.

This modest writing desk once belonged to Florence Nightingale, the famous Lady of the Lamp.

The desk dates from the 1840s and was brought to Lotherton by Florence’s god-daughter, Gwendolen Gascoigne. Gwendolen was once the Lady of Lotherton Hall and her mother Marianne was Miss Nightingale’s cousin.

The world’s most expensive wallpaper at Temple Newsam

The wallpaper was chosen by Lady Isabella Hertford, who lived at Temple Newsam in the 1820s.

One of the gallery’s most iconic paintings, Scotland Forever was also one of its earliest acquisitions, it was purchased by Colonel T. W. Harding who stood for election to the council in order to facilitate the original opening of Leeds Art Gallery back in 1888.

Painted by Lady Elizabeth Butler in 1881, the work depicts the gallant charge of The Scots Greys at the Battle of Waterloo. According to an eye witness the Greys were heard calling “Now, my boys, Scotland forever!”

Created by world-famous furniture maker and designer Thomas Chippendale, the beautiful Harewood writing table has been in Leeds for more than 240 years.

The desk is fashioned from a combination of rosewood, oak, pine, mahogany, beech, tulipwood, satinwood, sycamore and holly and passed several generations at Harewood until 1965 when the 7th Earl of Harewood entered it into a Christie’s auction.

The pair of enormous woollen spinning mules were both manufactured by Platt Brothers and Co in Oldham and date from 1871 and 1904, when they were used to spin textile fibres into yarn.

The older of the two is thought to be the oldest of its kind anywhere in the world while the 1904 model is still fully operational.

The antique timepiece helped to solve a mystery that baffled scientists and seafarers for centuries.

The 18th century timepiece was built by the famous clockmaker John Harrison and his brother in 1727 as part of a plan to solve the problem of calculating longitude. Harrison subsequently won a reward of £20,000, the equivalent of around £3m today. 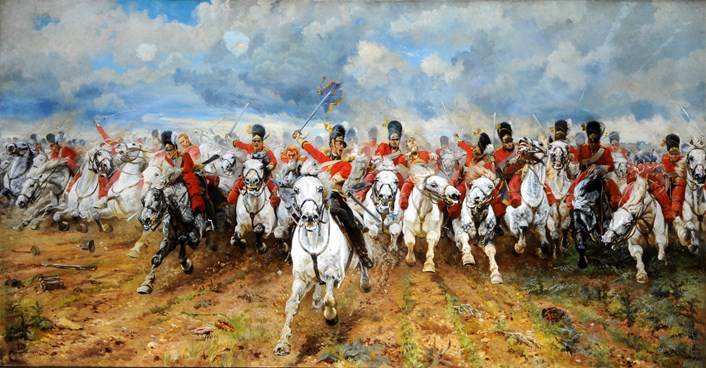