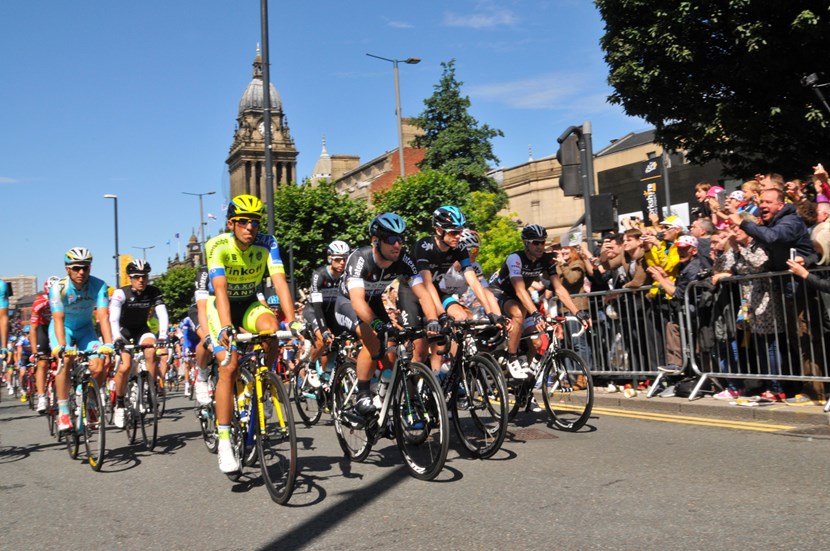 Residents, businesses, groups and organisations across the city are being asked for their views on the future of cycling in Leeds.

This follows the development of a draft strategy and action plan by the ‘Leeds Cycling Starts Here’ programme board, which was formed following the successful 2014 Tour De France Le Grand Départ in the city. Given the aim of building on and creating a lasting legacy of Le Grand Départ in Leeds, the programme includes representatives from Leeds City Council, the West Yorkshire Combined Authority (WYCA), British Cycling, and Leeds Cycling Campaign.

As part of one of the biggest public consultations ever to be undertaken by the council regarding cycling, the public will now be able to offer their thoughts and comments on the Cycling Strategy and Action Plan from Friday May 13. As part of the consultation, a series of images of possible future street scenes will also be used to stimulate discussion regarding people’s longer term aspirations for cycling in Leeds.

An information event on Friday May 13 is set to be held on Briggate from 9am-16.30pm to officially launch the public consultation, which will also include an appearance by a Leeds Rhinos player who is supporting the initiative. Those present will not only be able to find out how to contribute to the consultation, but also complete the questionnaire online and speak to some of the people who developed the ‘Leeds Cycling Starts Here’ draft strategy. Cycling maps and other information about safe cycling in Leeds will be available while there will even be the chance to make a fruit smoothie using your own pedal power on a static bike.

“After hosting a memorable 2014 Tour de France Le Grand Départ, we made a commitment as a council to the cycling community, the wider public and businesses in the city to develop a lasting cycling legacy for Leeds.

“As part of this pledge, a Cycling Starts Here Programme Board featuring partners including the council, British Cycling and Leeds Cycling Campaign amongst others was formed with the aim of leading on cycling activity in the city. I am pleased to say that from May 13 the public can offer their thoughts on the draft action plan and strategy which the programme board has put together to help shape the final version.

“I believe that everyone has an important part to play in the development of this strategy and action plan, because of the role cycling could play in the future growth, place-making and streetscape of Leeds. We would therefore really like to hear from not just cycling enthusiasts and residents, but from people from all sectors including the voluntary, education and business communities.”

”In 2014 we worked with Leeds City Council to create a vision of what future cycling infrastructure might look like in the city on the start line of the 2014 Tour de France Le Grand Départ on the Headrow. It is fantastic to see that two years on, the city council have held onto the ambition of creating a lasting legacy for cycling and are showing real vision and leadership with the launch of this strategy.

“We know that some of the best cities in the world to live in, with the healthiest populations, are those places which have embraced a cycling culture and have cycling at the heart of their transport policies and investment plans. If Leeds does want to become ‘the best city in the UK by 2030’ then cycling will play a huge role in helping achieve that.

“British Cycling has pledged its support and commitment to Leeds City Council and we will play our part in inspiring more people to cycle more often. We are in early discussions about some exciting plans for investment in the future and we urge others to get behind this plan and help build a great city for cycling.”

“The Leeds Rhinos are delighted to be supporting the launch of a public consultation regarding the city’s future Cycling Strategy and Action Plan. Exercising and taking part in sport is a great way to have fun and keep fit for people of all ages, and we hope that as many people as possible will get involved.”

To take part in the consultation please complete the questionnaire online if possible by visiting https://consult.leeds.gov.uk - select ‘Current and Planned Consultations’ on the blue bar and then select the Cycling Starts Here consultation. The consultation will be available for six weeks and will close on Sunday 26th June.

Alternatively you can request a paper copy by emailing Travelwise@leeds.gov.uk or by telephoning 0113 2475198. We will post you a paper questionnaire and a pre-paid addressed postage envelope to return it. 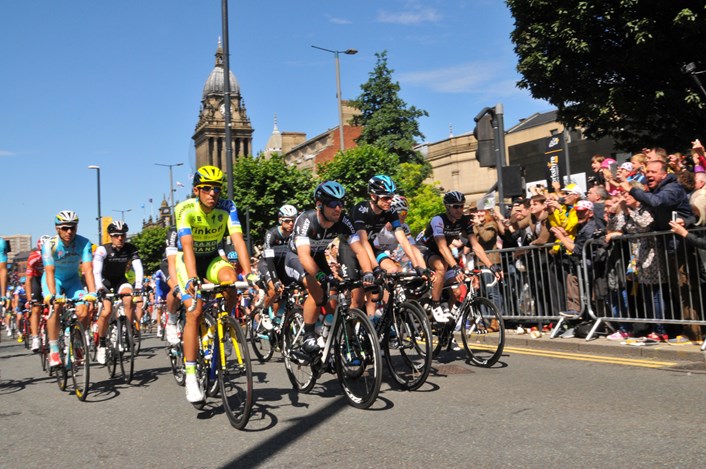