Scheduled Sunday services from Elland Road Park and Ride start at 10.15am this Sunday, 18 June, as part of extended operating hours at the facility.

In a further move to meet growing demand, Elland Road Park and Ride services are going to start earlier and continue later on weekdays. And as a result of the service’s popularity with shoppers as well as commuters, Sunday services are being introduced.

From Monday 19 June, weekday services will start an hour earlier, at 6am, continuing through until 9pm, two hours later than the current end of service. On Sundays, Park and Ride buses will run between 10.15am and 5.40pm.

“When we asked them, the people of Leeds told us they want to see better services and infrastructure, more capacity and closer working between local authorities, bus operators and other partners, and we are determined to deliver a transformed public transport network that meets those aspirations.

“As by far the most popular method of local public transport, buses and park and ride have a major role to play in the Leeds’ future.

“Elland Road has been a huge success, the new, 1,000-space Temple Green Park and Ride opens on Monday and looking further ahead, more park and ride sites are planned at Stourton and north Leeds.”

“Due to its popularity with motorists, we have already doubled the size of Elland Road Park and Ride to around 800 spaces and in December we opened the new passenger facility. Now we are extending the hours of the service as well to meet demand and introducing Sunday services, which proved a hit with shoppers when we trialled them in the run up to Christmas.

“People travelling to Leeds from along the M62 corridor, from Huddersfield, Bradford and Halifax and even from as far afield as Manchester are using the Park and Ride to save themselves the cost and hassle of parking in Leeds city centre.

“In turn this is benefitting the local economy and fittingly in the week of Clean Air Day, it’s also improving the local environment by reducing congestion and pollution on city centre streets.”

“This is great news for our customers and a clear indication of the popularity for more Park & Ride sites in Leeds. We’re proud to be the official operator for the scheme, working in partnership with the Combined Authority and Leeds City Council, and look forward to welcoming more customers on board the buses, as we continue to deliver fast, frequent and great value services, directly into Leeds City Centre.”

Details of Park and Ride services at Elland Road and Temple Green are at www.iparkandride.com

Monday 19 June also sees the opening of the new Temple Green Park and Ride, which will take the number of park and ride spaces in West Yorkshire to approaching over 4,500 including rail stations.

A link to details of local stations and their facilities can be found at www.wymetro.com/TrainTravel.

West Yorkshire Combined Authority is the driving force for economic growth across the Bradford, Calderdale, Kirklees, Leeds and Wakefield districts, the City of York and the wider Leeds City Region.

West Yorkshire Combined Authority is using its £1bn Transport Fund Programme to improve access to jobs and leisure, making the City Region a better place to live and work. 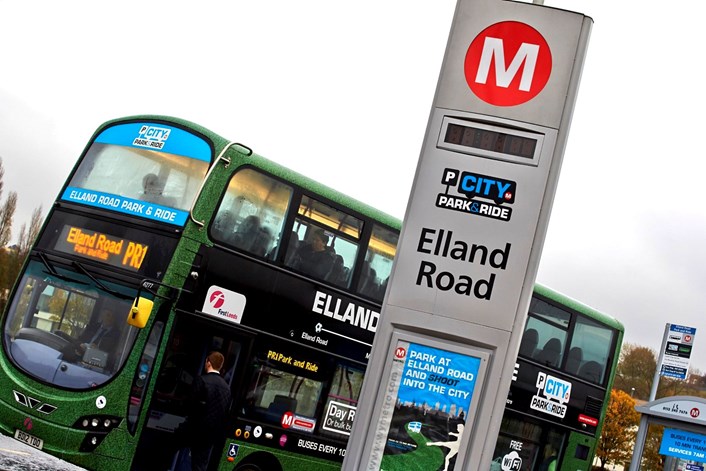