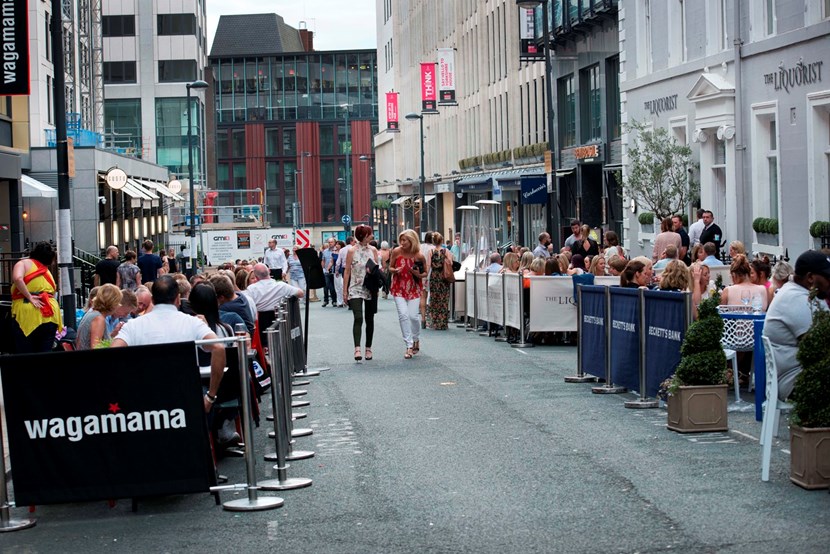 Greek Street set to sizzle once again this summer

One of the city’s busiest night spots will be pedestrianised every day this summer following a hugely successful pilot project.

Greet Street will be closed to traffic from Friday, April 28 until October 31, giving the area’s bars and restaurants another chance to set up on-street seating areas and recreate last year’s vibrant summertime atmosphere.

The street, which has seen a string of new venues open over the past year, will be closed to all vehicles from 11.30am to midnight each day.

By the end of this summer, it is also anticipated that all ground floor units on Greek Street will be occupied by either bars or restaurants for the first time ever.

Councillor Judith Blake, leader of Leeds City Council, said: “Greek Street has enjoyed an impressive revival in recent years which has seen a huge amount of investment, some high-profile new venues opening and more and more people coming to the area.

“We’re keen to support and encourage the resurgence of such a vibrant part of the night time economy and to give more people in Leeds the chance to enjoy summer evenings and nights out in Leeds.

“Pedestrianising Greek Street last year created a buzzing, contemporary destination and with more venues and developments opening their doors since then, we’re confident this summer can be even better.”

New venues which have opened or are in the pipeline on Greek Street include the Dakota Deluxe Hotel, Manahatta and new restaurant Tattu.

The Greek Street scheme also complements the nearby Bond Court, where £1m has been invested to create a quality public space.

The pedestrianisation is delivered at no cost to Leeds City Council and after this summer, a decision will be taken on whether it will continue.

The project also supports other city centre schemes planned for later this year which will include pop-up parks on Cookridge Street and the forecourt of Leeds Town Hall as well as a brand new park here and play initiative on Victoria Gardens, which will include a four week programme of activities.

More details of those schemes will be announced over the coming months. 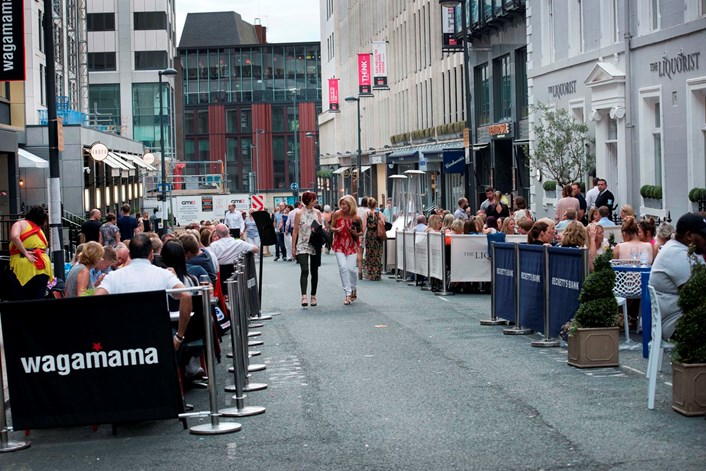