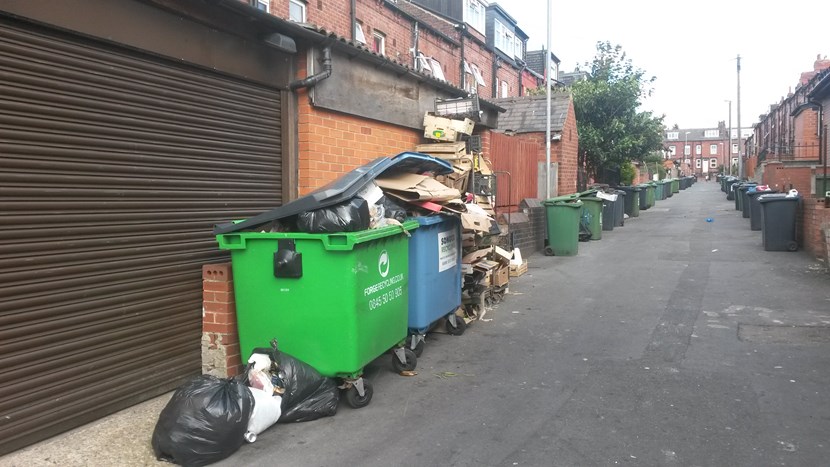 The owners of a Harehills mini-market have been fined over £1600 for allowing their stinky bins to become a health hazard for members of the public.

The directors of Abaseen Mini Market Ltd, Harehills Lane, Mohammed Tayyab and Zabit Khan were fined £600 for six offences under the environmental protection act and ordered to pay legal costs of £1,037.74 and a £30 victim surcharge.

Mohammed Tayyab attended Leeds Magistrates’ court on behalf of the company, where he pleaded guilty to all six offences. The business is a convenience store which also has a butchers area selling raw meat.

The prosecution comes after an investigation by Leeds City Council environmental enforcement officers who found that the company’s nine bins – including six food waste bins had been left unlocked and overflowing on the public highway. The food waste bins had been left with meat exposed and uncontained meat products on the ground. The officers noted that the bins were emitting a foul stench and were surrounded by flies. The bins were being kept on the public highway and could potentially impose serious health risks to anyone who may come into contact with the uncontained waste.

The business was served with several abatement notices requiring them to ensure that all commercial waste is contained at all times in a secure receptacle, that excess waste is disposed of legally and the area around the mini market should be continually kept clean and tidy. The notices also stated that the bins should be kept on their business’ own land and not on the public highway and that the area should be cleaned and disinfected on a regular basis.

Despite being served with several enforcement notices the owners failed to comply with them consistently and over a number of months the problems persisted. The court heard that whilst the council acknowledged there were some improvements made by the business there were still regular occurrences of the waste being uncontained or overflowing and that further improvements should be made to comply with the notices.

“Business owners need to understand that they have a duty of care when it comes to how they dispose of their rubbish. They are responsible making sure their business waste does not create a blight or health hazard for members of the public and the local community.

“Cutting corners when disposing of your business waste could ultimately end up hitting your bottom line and reputation when you end up in court.”

The council’s cleaner neighbourhoods team is supporting the Keep Harehills Tidy campaign. As part of the campaign the team is ensuring that they visit every business in Harehills to check on their commercial waste arrangements, offer guidance and advice, and seek compliance with the law - using enforcement powers where necessary. 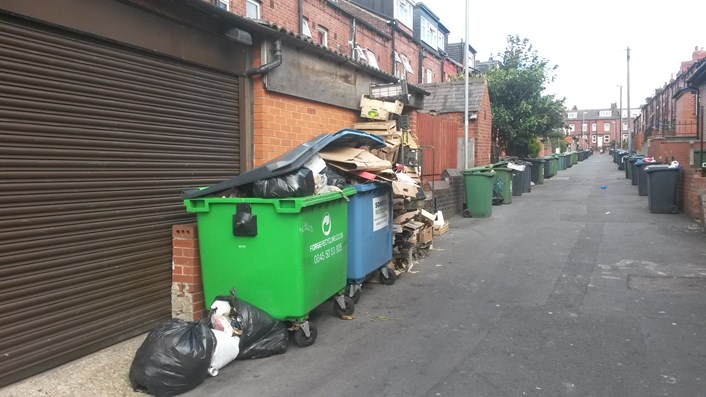