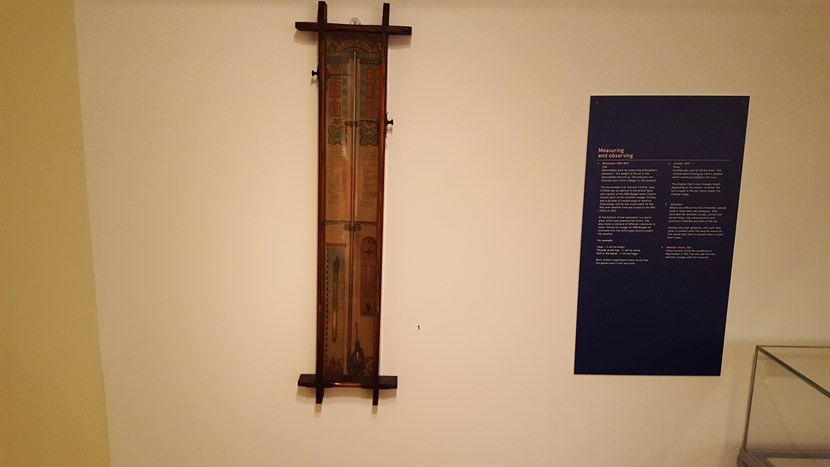 For All Seasons- vintage barometer

Finding a way to accurately predict the weather is a puzzle that’s baffled scientists for centuries.

And despite proving to be a virtually impossible task, that hasn’t stopped some of the finest inventors coming up with complex new contraptions designed to forecast rain or shine.

In the late 19th Century, this charming oak barometer would have been state-of-the-art at the time and like all such devices, works by measuring atmospheric pressure.

The barometer, currently on display as part of Leeds City Museum’s new For All Seasons exhibition, is an Admiral FitzRoy type.

Robert FitzRoy, an Admiral in the British Navy and captain of the HMS Beagle which carried the great Charles Darwin on his scientific voyage, FitzRoy was a weather forecasting trailblazer responsible for the first ever weather forecast issued by the Met Office in 1861.

The barometer contains a storm glass, invented by Fitzroy, which holds a mixture of different chemicals in water which were thought to change in appearance in anticipation of different weather patterns.

However, most modern experiments have found that the glasses aren’t very accurate.

For All Seasons is currently running in Leeds City Museum’s special exhibitions gallery and explores how the changing seasons shape the world around us.

The exhibition features a series of imaginative centrepieces including a giant sandcastle, indoor tree, traditional sledge and hook-a-duck pond.

The fun seasonal displays will be surrounded by exhibits illustrating the different ways spring, summer, autumn and winter shape and influence the world around us.

Ruth Martin, Leeds City Museum’s curator of exhibitions, said: “The innovation and creativity used to make amazing inventions like this barometer shows just how important the weather and the changing seasons have been to people’s lives over many centuries.

“Despite that, even today the weather remains an unpredictable force which has the power to change every aspect of the world we live in.”

For All Seasons features a selection of objects that illustrate spring, summer autumn and winter, including animals, vintage fashion and paintings by world-famous Leeds artist John Atkinson Grimshaw.

The free exhibition is also accompanied by specially-recorded classical piano sheet music from the museum’s collection.

Councillor Brian Selby, Leeds City Council’s lead member for museums and galleries, said: “The seasons, and the profound effect they have on the world, have been an inspiration to some of history’s most celebrated artists, sculptors, composers and musicians and it’s wonderful that the museum will be celebrating this in such an interactive and accessible way.”

For All Seasons, which runs until August 28, will also feature a programme of talks and activities.

For more details about the exhibition and the programme of activities, please visit: http://www.leeds.gov.uk/museumsandgalleries/Pages/Seasons.aspx 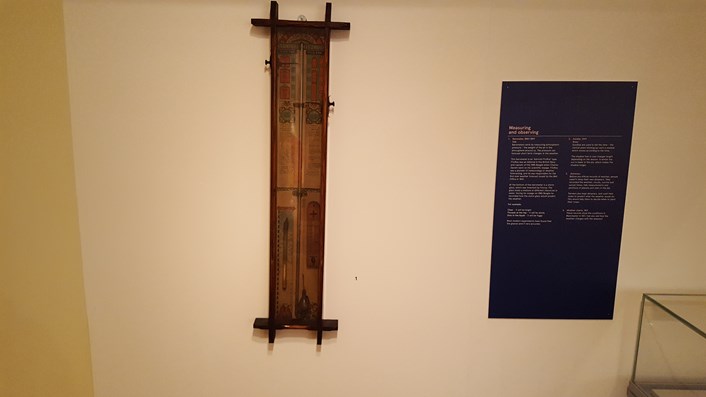