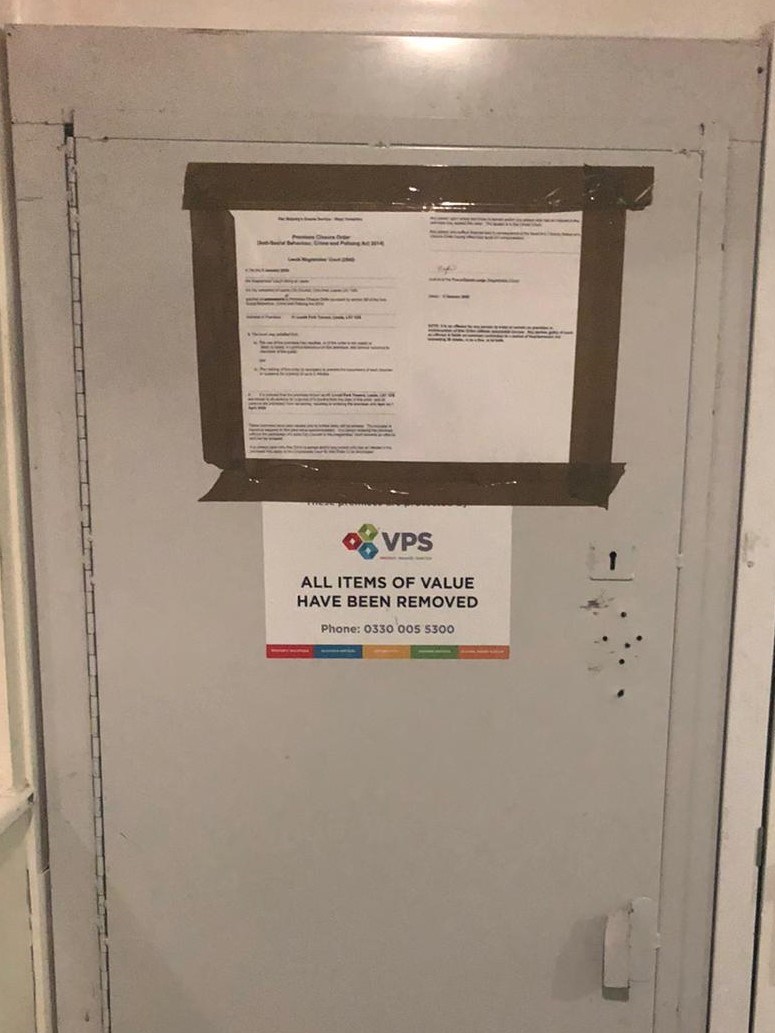 A flat which had become a hub for anti-social behaviour, including links to drug dealing, has been ‘closed’ by Leeds City Council.

The decision to seek a full closure order follows a number of arrests by the police at the tower block last month to target the organised supply of drugs. As part of the operation, seven men and two women, were arrested on suspicion of conspiracy to supply Class A drugs. All those arrested have been released under investigation as enquiries continue.

As part of the terms of the closure order, no one will be allowed to access the property during the three-month period, without permission by Leeds City Council or the court.

“I welcome the news that a three-month full closure order has been secured at the courts for this flat at Lovell Park Towers, which was subject to a raid by the police last month as part of work to tackle the supply of class A drugs.

“Any form of anti-social behaviour is a blight on the day-to-day lives of our residents and communities. Working closely with partners, we will always look to use every option at our disposal to put a stop to it immediately.

“We would urge any resident experiencing anti-social behaviour to not suffer in silence, but to please contact our dedicated LASBT team as soon as possible.”

“We have worked closely alongside our partners in the council to take swift and effective action to shut down this address as part of our ongoing work to tackle the completely unacceptable anti-social behaviour that has been impacting on the lives of residents in the building.

“We hope our latest use of this legislation will bring long-term improvements for the residents and demonstrate our continued commitment to using all available measures to tackle anti-social behaviour and associated criminality.”