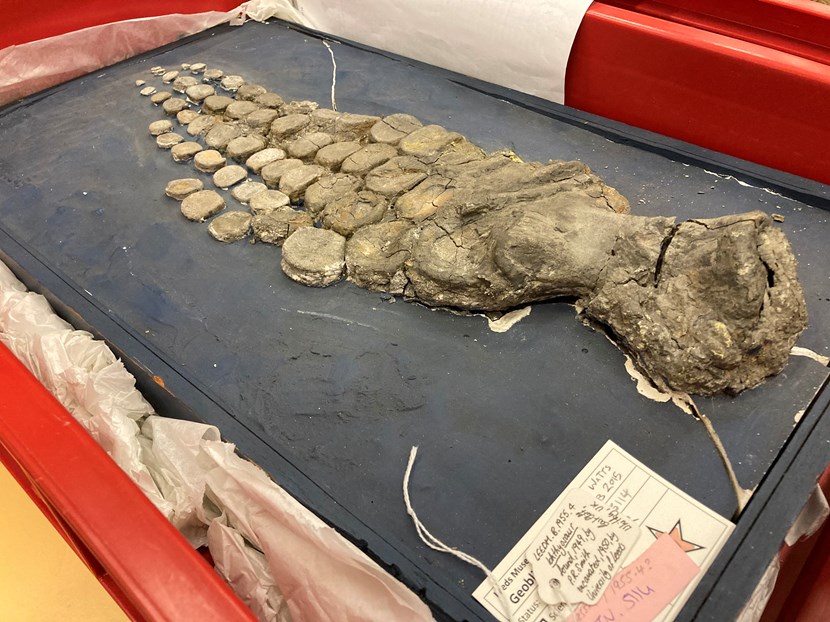 For teenage fossil hunter Pauline Hoggard, it was truly the find of a lifetime.

One summer’s day in 1949, the eagle-eyed 16-year-old spotted the spectacular remains of a fearsome marine reptile, preserved millions of years ago in what was to become a Yorkshire cliff face.

Now 88 years old, Pauline has been reliving that unforgettable moment as she helps experts in Leeds piece together the story behind one of the city’s most impressive prehistoric specimens.

Pauline had just left school and, in August 1949 had been spending a week in Whitby with her parents and eight-year-old brother.

Staying at a local boarding house, they made friends with fellow holidaymakers the Nicholls family and decided to go fossil hunting together close to the nearby cliffs.

Homing in on a narrow section of the beach, they found little save for a few unremarkable fossils and most of the party wandered off, deciding to try their luck elsewhere.

But determined not to leave the site empty-handed, the young Pauline stayed behind to scour the rock face some more.

Describing the remarkable moment she happened upon her amazing find, she said:  “I wandered up to the cliffs to see if there was anything of interest there. What did I spot but what looked like part of a skeleton still embedded in the stone.

“The bones appeared from under the cliff in a straight line of about four feet and were at right-angles to the grey cliff. It was plainly the backbone/tail-end of a prehistoric creature, the rest of which was trapped at the bottom of, and underneath, the cliff.

“It seemed to me that the tide had recently uncovered this fascinating skeleton. I then ran like the wind to share the news with our little party. And they were all only too happy to return to the site to see what I had found.”

Mr Nicholls alerted The University of Leeds to Pauline’s discovery, which organised an excavation that determined Pauline had found the fossilised remains of an ichthyosaur, an extinct species of fish-like reptile which first appeared around 250 million years ago.

The impressive remains were passed to Leeds Museums and Galleries where they have remained part of the collection ever since.

Pauline went on to write a number of short stories, teach creative writing and have her first novel published. But she said: “I never forgot my first exciting step in life - the wonderful fossil-find at Whitby.”

After hearing her story for the first time recently, members of Pauline’s family contacted the team in Leeds who incredibly managed to track it down amid the vast collection at the Leeds Discovery Centre and invited the family to Leeds to see it in person.

Pauline, who lives in Leicester, wasn’t able to make the trip herself but her niece Lesley, her husband Robert and their children Ruth and grandson Al came to see her find and take some pictures.

Clare Brown, Leeds Museums and Galleries curator of natural sciences, said: “It’s been an absolute delight for all of us to hear about Pauline’s story and breathe some new life into an extraordinary specimen that’s been part of our collection for decades.

“Fossils are always fascinating, because they capture a moment in time so spectacularly far removed from our own and give us tangible evidence of what life on Earth was like hundreds of millions of years ago.

“But to hear the story of how our fossils were found makes them all the more enthralling and gives us the chance to experience some of the joy and excitement Pauline must have felt all those years ago. I’d like to thank Pauline and her family for sharing such a precious memory with us.”

Pauline’s story will now become part of the fossil’s records and will be attached to it to inform future experts and curators of where it came from.

Councillor Jonathan Pryor, Leeds City Council’s deputy leader and executive member for economy, culture and education, said: “This is a heart-warming and wonderful story which encapsulates both the power of history and the important role museums play in bringing it to life.

“I’d like to thank Pauline’s family for sharing this with us and also to congratulate our museums team on the effort they have gone to, to bring this story to light.” 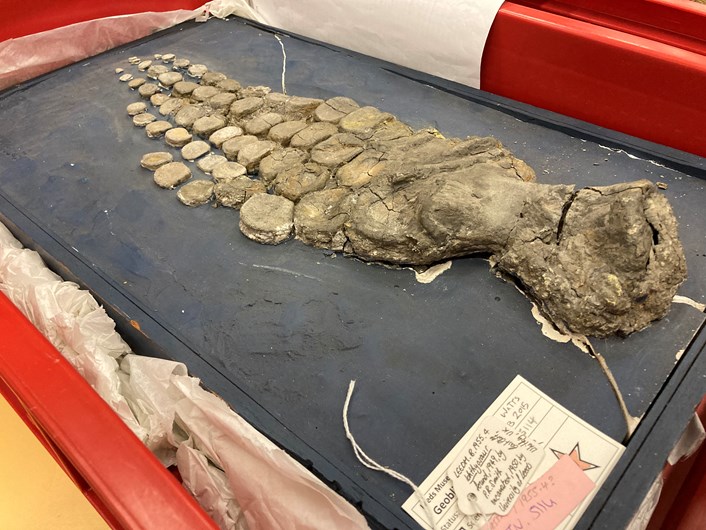 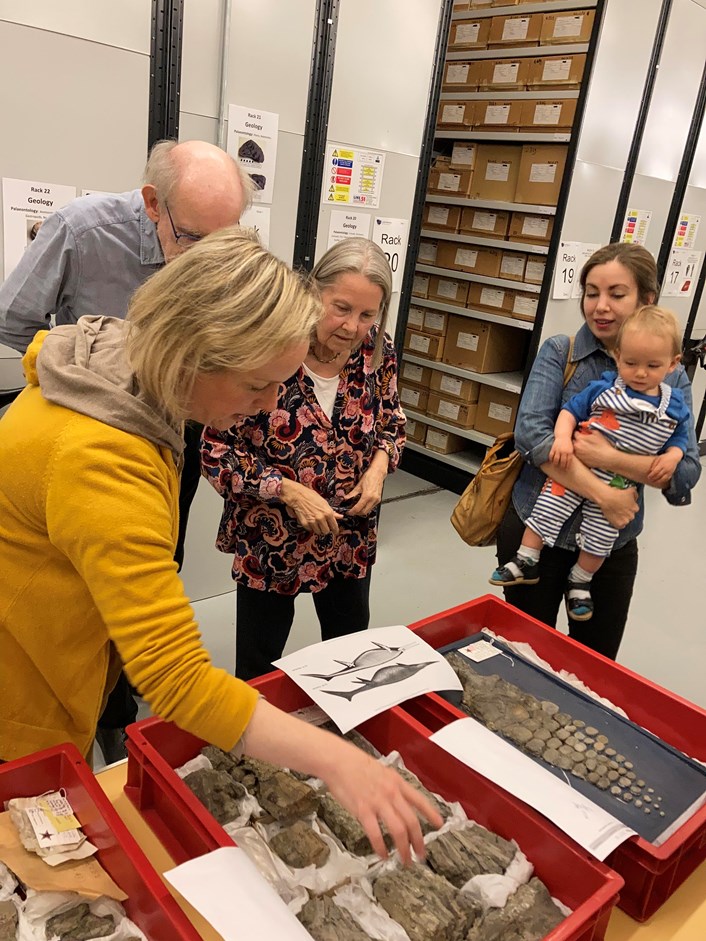 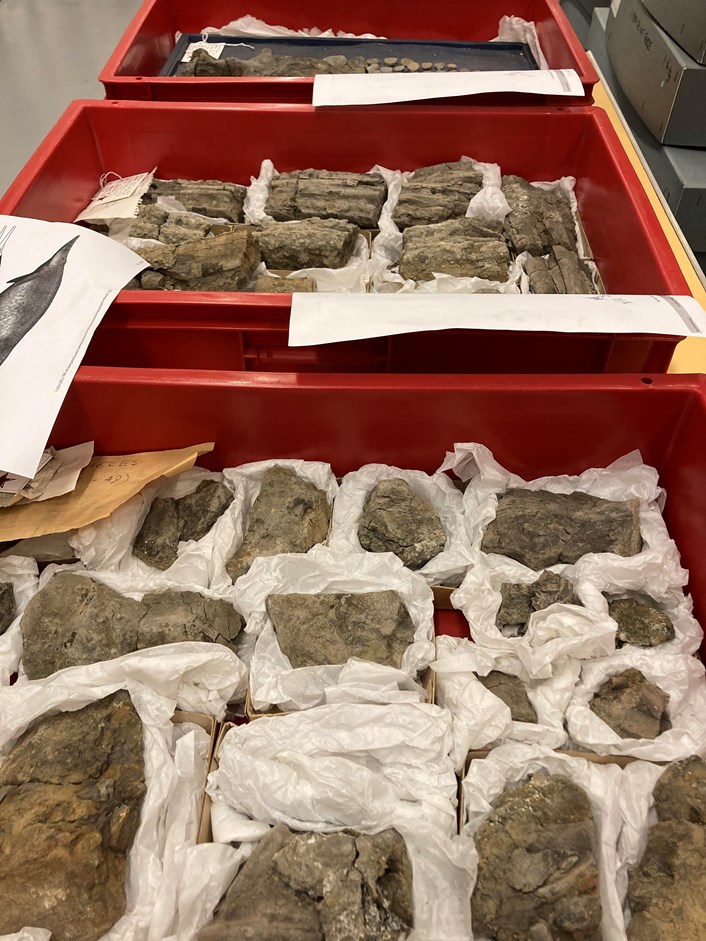 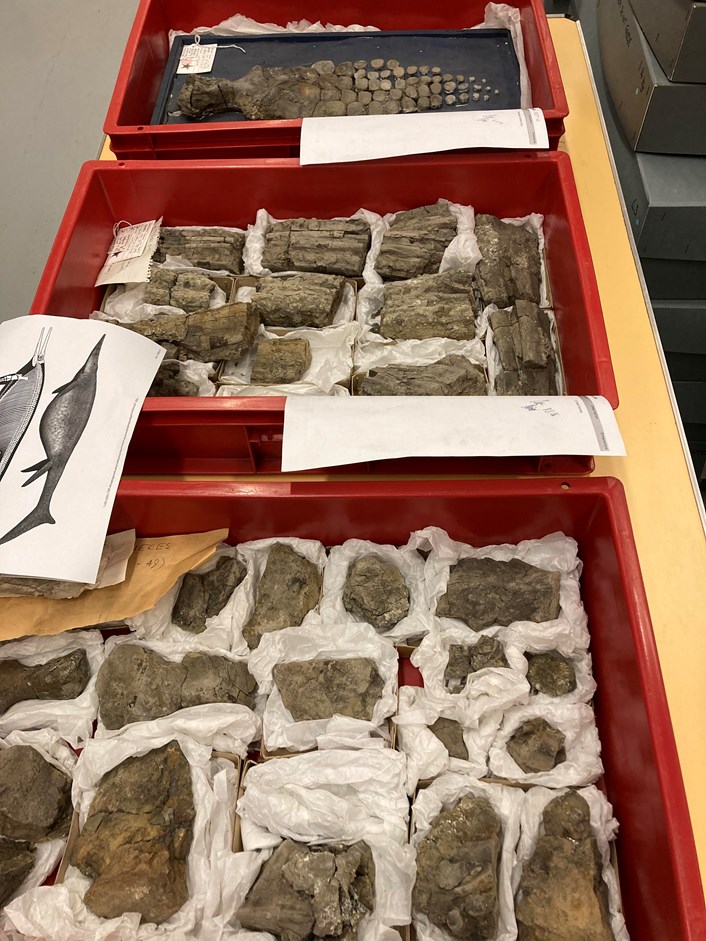 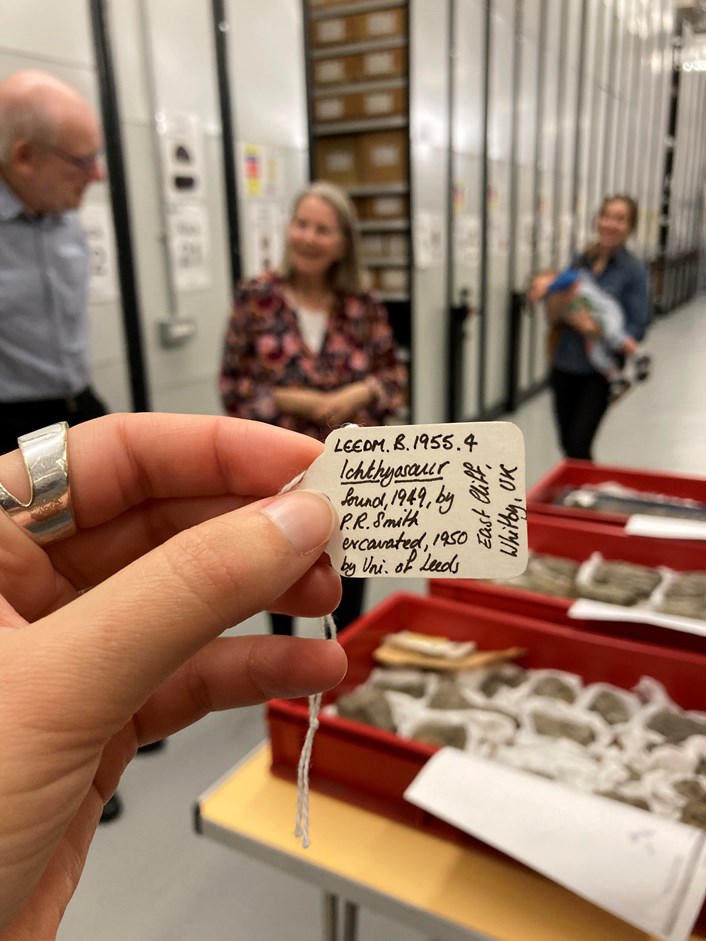 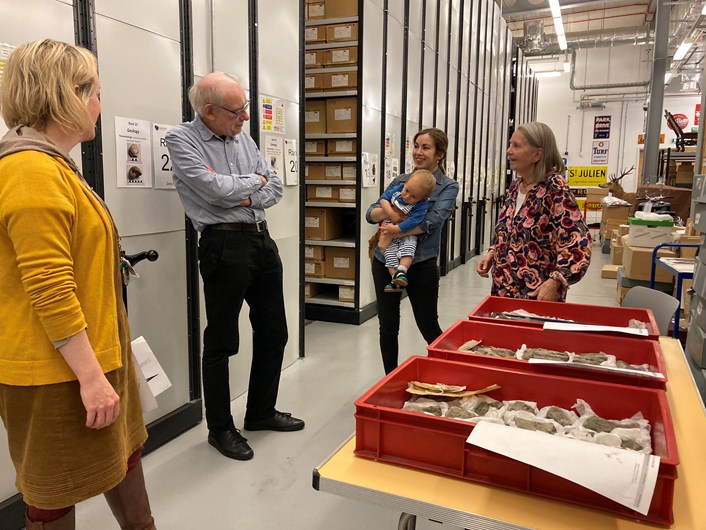 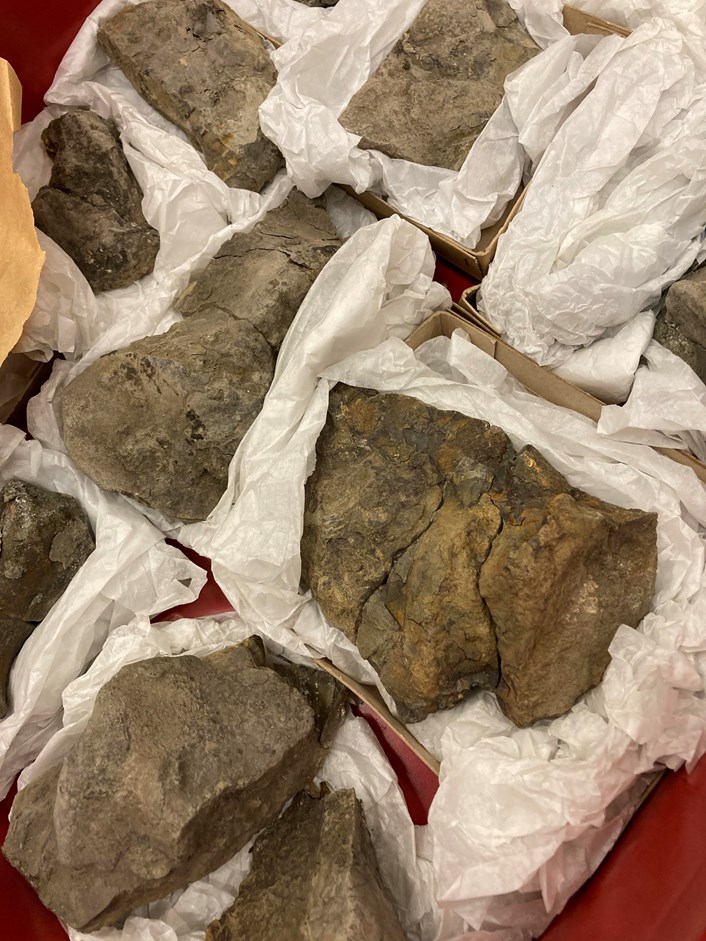 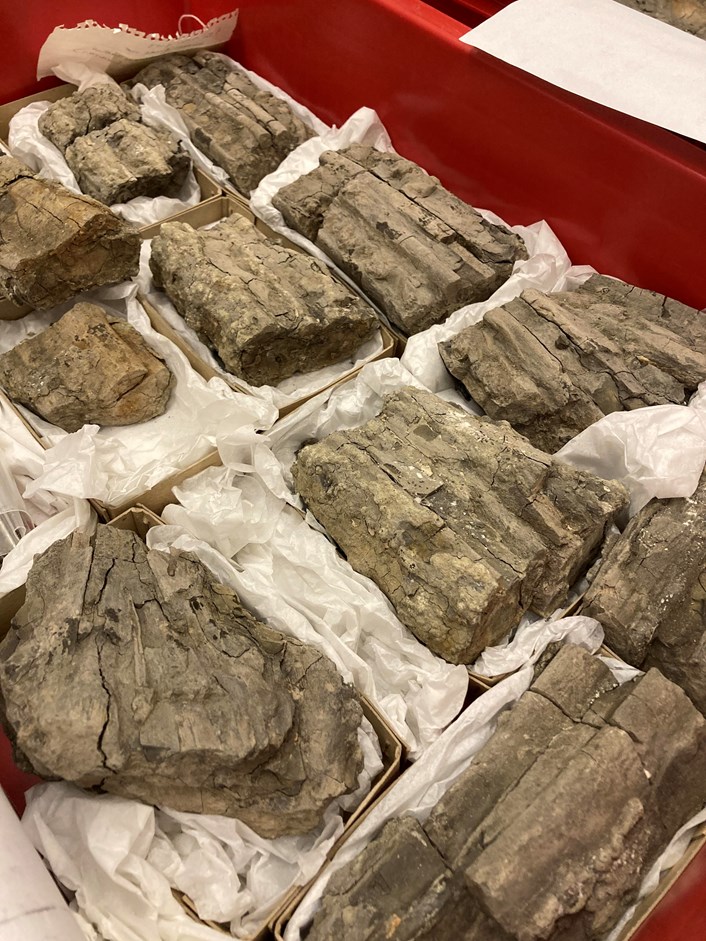 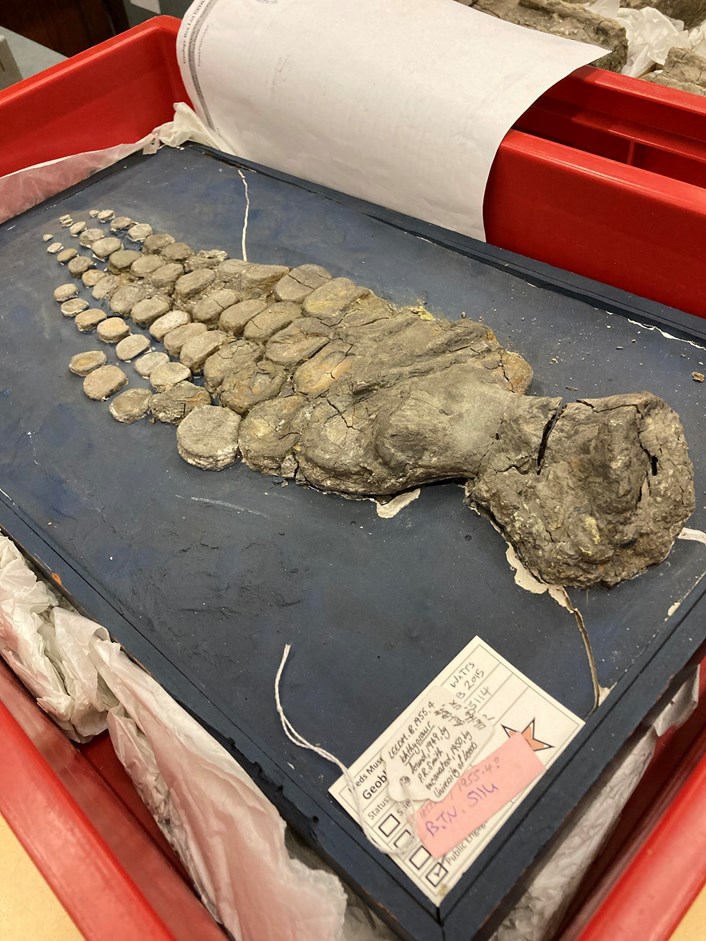 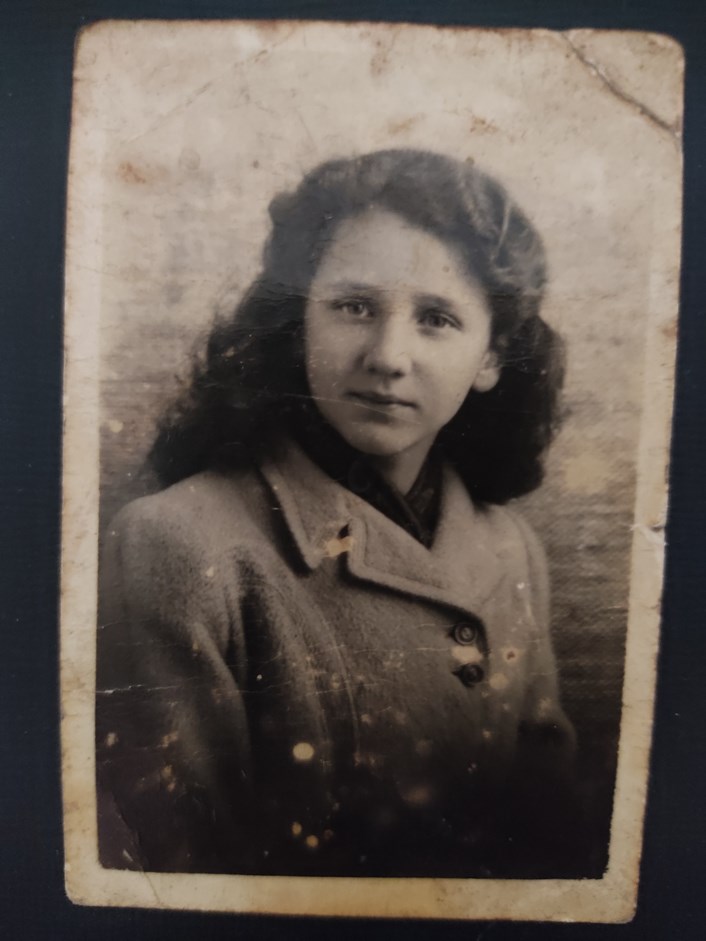 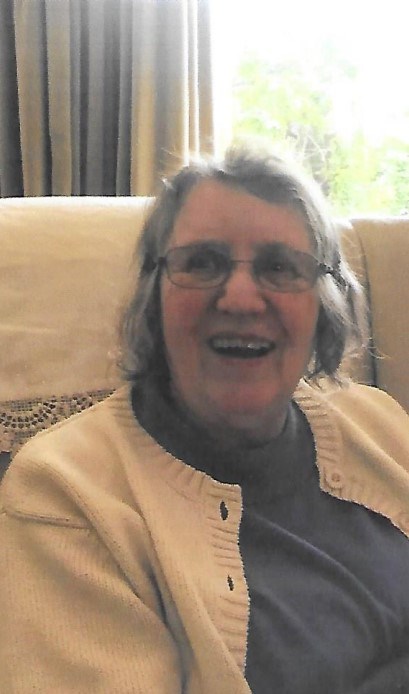