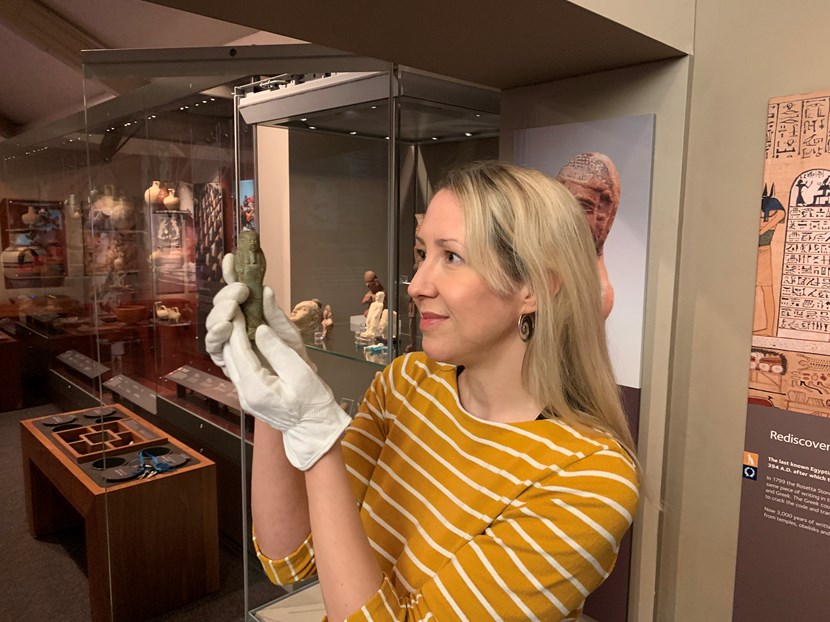 It’s a tradition which began 40,000 years ago with an artistic Stone Age human and a spare piece of mammoth tusk.

Now a new museum display in Leeds is bringing visitors face-to-face with some of the ancient effigies created by cultures around the world across eons of human history.

Among the pieces on display are a group of figurines recovered from a tomb in Cyprus depicting musicians playing tambourines and making offerings from around 700 BC.

Other figures include a Roman woman draped in cloth dating from around AD 50 and figures of Tanit, the goddess of Carthage and Pan, Greek god of nature and rustic music from 200-300 BC as well as a head of Bhudda from India.

Katherine Baxter, Leeds Museums and Galleries’ curator of archaeology, said the figures tell us a lot about how ancient cultures viewed both themselves and the world they lived in.

She said: “Throughout human history, we know that people from different cultures and civilisations on virtually every continent have shared this creative impulse to make figures representing themselves and the people they saw around them.

“Sometimes these figures were used in rituals or religious practices, but they were also a way for the makers to express themselves and capture their impression of world they lived in.

“That desire to interpret the world through people is a common thread which links us to our ancient ancestors and which can still see today in everything from portraits and sculpture, to photography and social media.

“This collection of figures represents ancient examples of that craft and can teach us a lot about how it has evolved over the millennia.”

The oldest known sculpture of a human being, known as the Venus of Hohle Fels, was carved out of mammoth ivory about 40,000 years ago and is housed at the Prehistoric Museum of Blaubeuren in Germany.

Faces from the Past can be found in Leeds City Museum’s Ancient Worlds Gallery, which is also home to a spectacular array of relics from ancient civilisations including the 3,000 year-old remains of Nesyamun, an Egyptian mummy.

Leeds City Museum is free to enter, and more information can be found at: https://www.leeds.gov.uk/museumsandgalleries/leedscitymuseum 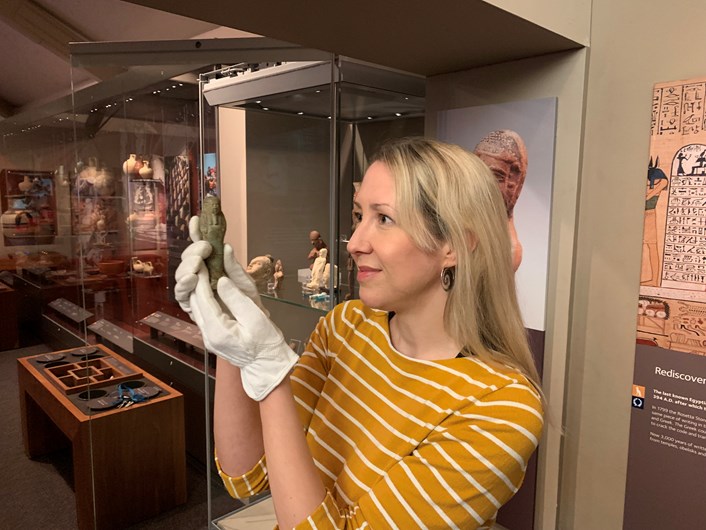