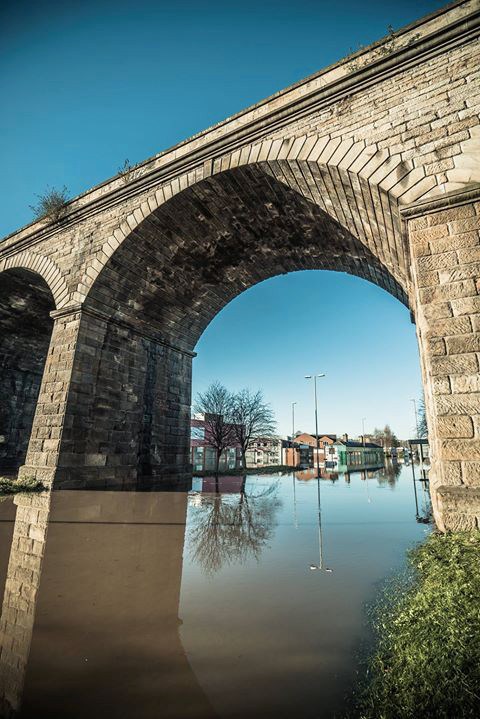 Determined Leeds communities that bounced back in the wake of last year’s devastating Boxing Day floods will see their remarkable recovery remembered in a new exhibition.

One year on from the unprecedented deluge, Leeds Industrial Museum at Armley Mills will be displaying a powerful selection of photos, stories and artwork created by those affected by the floods alongside objects from the museum’s collection.

The floods hit 3,368 properties across the city, with 298 residential properties and 371 commercial properties being flooded internally, and the museum has worked to bring a full spectrum of those stories together.

The museum itself, once the world’s largest woollen mill, was among the sites that felt the full force of the flood waters.

Parts of the historic building, which dates from the 1700s, were submerged under eight feet of water, which forced the museum to close for almost three months while staff undertook a massive clean-up.

A special plaque was unveiled at the museum in May to the mark the exact height the flood waters reached.

Thwaite Mills in Stourton, one of the last remaining examples of a water-powered mill in Britain, was also badly affected, with other parts of the city including Kirkstall and Otley suffering severe damage and disruption.

“The aftermath of the Boxing Day floods was one of the most challenging times the city has faced for many years and the impact the floods had on the lives of people living and working across Leeds is still being felt today.

“However, it was also a time when the city came together like never before and proved how resourceful and resilient we can be in the face of incredible difficult circumstances, which is something that, as a city, we should be immensely proud of.

“It’s fitting that we should bring together the many different experiences of those who were affected by the floods and mark the first anniversary of what will come to be remembered as an historic chapter in the story of Leeds.”

It will also feature a series of related talks and events that will be advertised during the exhibition’s run.

For more details about the exhibition, and Leeds Industrial Museum, please visit: http://www.leeds.gov.uk/museumsandgalleries/Pages/armleymills/Flood-Response.aspx