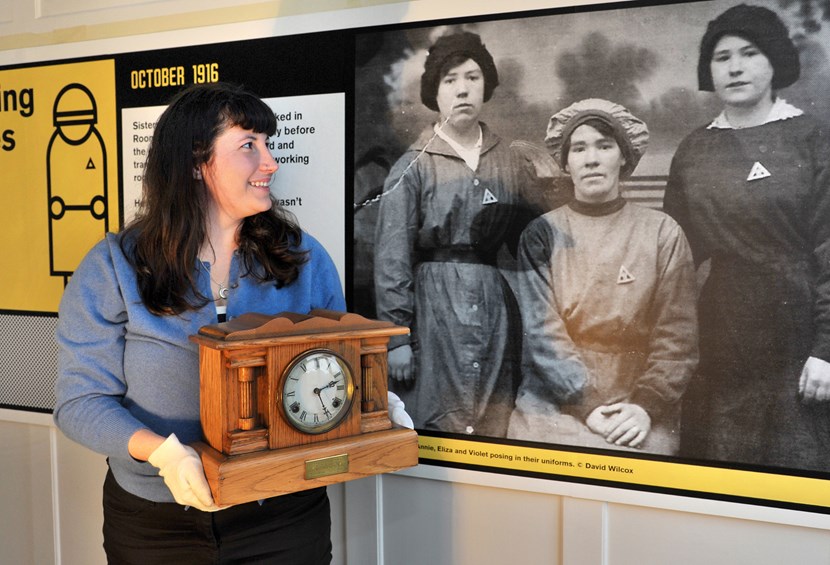 On the night of December 5, 1916, just a short while after hundreds of women had begun their shifts, a huge explosion rocked Leeds’s Barnbow munitions factory.

The blast in the factory’s Room 42, where thousands of four and a half inch shells were filled and packed, claimed the lives of 35 women, with many more injured and still more left to cope with the aftermath of what was one of the city’s worst ever tragedies.

Among those who survived the disaster was Eliza Ellis, who had recently received a promotion that had seen her and her two sisters Lizzie and Annie transferred away from Room 42, a twist of fate which doubtless saved their lives.

Like many of the brave women working elsewhere on the site, Eliza is thought to have rushed to help her stricken colleagues, tending to the injured and taking them to safety.

Then in her 30s, Eliza was subsequently awarded a commemorative clock in recognition of her efforts that night which was later passed down through her family.

Today, her proud grandson David Wilcox has loaned the heirloom to a new exhibition in Leeds entitled Women, Work and War, which honours the vital role the city’s women played in the First World War.

David, 71, said: “The reason for the presentation of the clock is still a mystery, even though the family understand that grandma had known all the girls, and probably went in to see what she could do.

"Grandma would never talk about it, but Annie would always say 'if it wasn't for our Li, we wouldn't be here today.'

"At this time of the year, grandma would never take me to a bonfire, we had to watch from inside the house from an upstairs room. When I grew up, I realised why.

“It was an incredible step for women during the war because until then they had been working at home or in domestic service but they stepped in and proved they could do it just as good as men.

“I’m really looking forward to the exhibition, it’s been fascinating to find out more about my family history and this will be a tribute to grandma.”

Barnbow was one of Britain's most productive shell factories between 1914 and 1918.

It employed around 16,000 people, mainly women making and filling shells for the front, who became known as the Barnbow Lasses. Sadly, the factory was also the scene two more fatal explosions.

As well as David’s clock and the story of the famous Barnbow Lasses, Women, Work and War will look at other women in Leeds who took on the jobs left by men heading to war, including bus drivers, train cleaners, cutters in textiles and tram conductors.

Running at Leeds Industrial Museum from November 7, 2015 until September 24, 2017, the exhibition highlights the different ways women helped keep the nation’s economy going and the legacy their extraordinary efforts left behind.

Alongside the exhibition, Women, Work and War will also see a series of workshops, tours and talks taking place throughout 2016 and 2017.

Lucy Moore, project curator with Leeds Museums and Galleries, has been putting Women Work and War together, working alongside local community groups including East Leeds History and Archaeology Society.

She has also co-written a newly-published book entitled Great War Britain Leeds which looks at the different ways the First World War impacted life in the city.

Lucy said: “The First World War had an immeasurable impact on life in Leeds, affecting people of every age, class and background.

“Women were among those whose way of life was altered most profoundly, and the conflict saw them go from being on the fringes of work and industry to being absolutely pivotal to the war effort and public service.

“Like women across the country, the women of Leeds rose to the challenge, fundamentally changing the way they were viewed by society and laying down a marker for the women’s rights movement.”

“This exhibition is a fitting tribute to the women whose determination, fortitude and sacrifice literally kept the city and the country going during the First World War.

“By giving people the opportunity to learn more about the stories behind those women, some of whom laid down their lives for the war effort, we can help preserve their legacy and ensure future generations understand the impact they had on our lives today.”

To find out more about Women, Work and War, visit www.leeds.gov.uk/womenworkwar 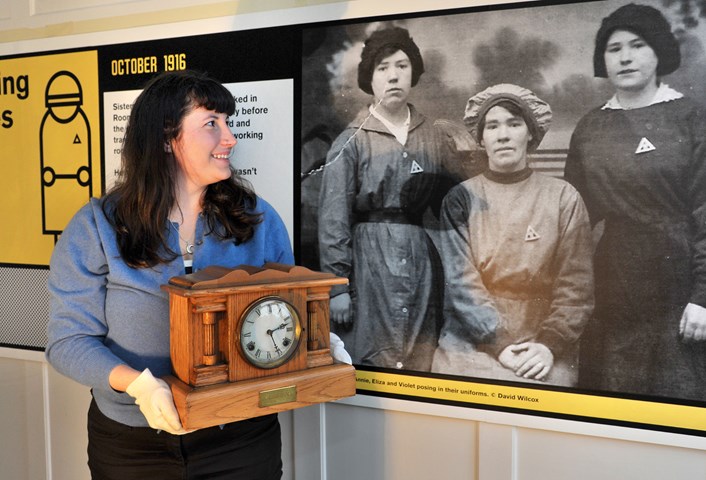