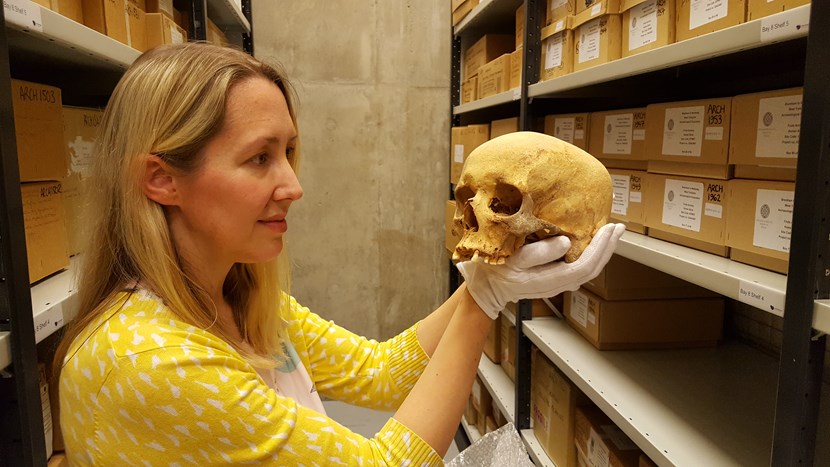 For more than 2,000 years they lay side by side, buried under a seemingly unremarkable patch of land on the outskirts of Leeds.

Now the ancient skeletons of a mystery Iron Age man and woman will be displayed together for the very first time in a thought-provoking new exhibition opening in Leeds next month.

Skeletons: Our Buried Bones, a UK-wide touring exhibition from Wellcome Collection and the Museum of London, will see 12 historic skeletons from Yorkshire and London displayed in Leeds City Museum’s special exhibitions gallery from September 22.

Some of the remains from Yorkshire have never been exhibited before, including the pair recovered from a single grave during archaeological excavations beside the A1 near Bramham between 2007 and 2008.

Once the location of a late Iron Age settlement, the area known as Wattle Syke was the resting place of a man, who was aged around 25-35, and woman, aged over 45.

They were buried together in what experts call a double crouched burial, where both bodies were drawn up into the foetal position and placed alongside each other, and both died around the first century AD.

Kat Baxter, Leeds Museums and Galleries’ curator of archaeology, has been painstakingly selecting and reassembling remains from the Leeds collection, including the two from Wattle Syke, ahead of them making the journey from Leeds Discovery Centre to the City Museum.

She said: “The truth is, we’ll never know exactly why these two were buried together; perhaps they had a special relationship or they were related. But whatever the reason, it’s very likely that they did have some sort of a strong connection.

She added: “That’s one of the things that makes these skeletons so fascinating- they were once people living where we are today, they each have their own individual story and they’re all a direct and very real connection to our past.

“Museums often give us the chance to see some of the artefacts people from different eras have made, but these are the people who have actually lived in those eras and have played a part in shaping the world we see around us today.”

All the skeletons going on display have been analysed by experts at the Museum of London to offer a rare glimpse into the health and history of each individual. From tooth decay and osteoarthritis, to the ravages of syphilis or wounds sustained in battle, the bones reveal the diseases they lived with or what they died from.

Others going on display will include the remains of a soldier discovered in a mass grave near the site of the Battle of Towton, a brutal conflict during the Wars of the Roses in 1461. His multiple injuries show he was the victim of an extremely violent death, and he may have been executed after the battle rather than killed during it.

Also part of the exhibition will be the remains of a Medieval anchoress from the Church of All Saints in Fishergate, York and a Medieval man who survived being shot in the back by an arrow or crossbow, only to be killed later by the Black Death. His remains were excavated from East Smithfield, the first dedicated Black Death cemetery in London.

Councillor Brian Selby, Leeds City Council’s lead member for museums and galleries, said: “The subject of this exhibition is both fascinating and poignant and I’m sure it will prove a thought-provoking experience for visitors.

“Each of these skeletons can teach us a great deal about our history and health but they also each have an individual story to tell about the people they were in life.

An accompanying event programme is advertised now on Eventbrite.

About the Museum of LondonThe Museum of London tells the ever-changing story of this great world city and its people, from 450,000 BC to the present day. Our galleries, exhibitions, displays and activities seek to inspire a passion for London and provide a sense of the vibrancy that makes the city such a unique place. Our museums are open daily 10am – 6pm and are FREE to all, and you can explore the Museum of London with collections online – home to 90,000 objects with more being added. www.museumoflondon.org.uk 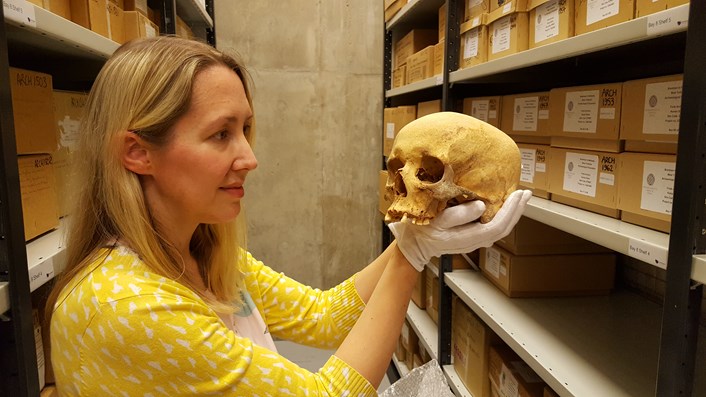