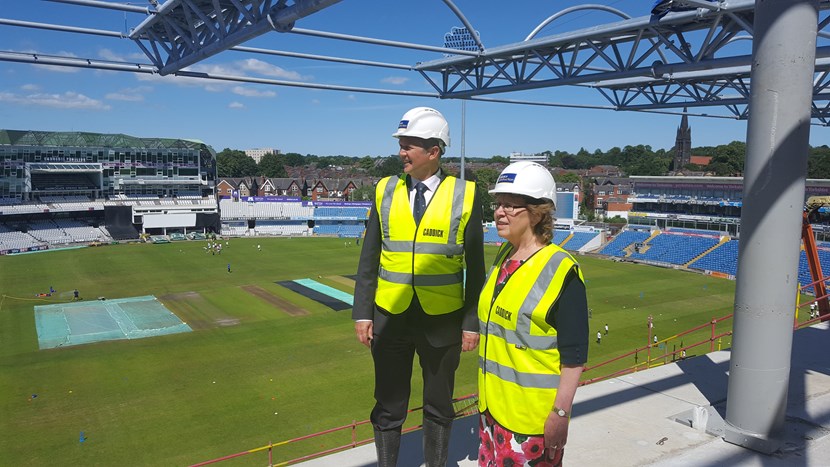 The leader of Leeds City Council Councillor Judith Blake, has paid a visit to Emerald Headingley Stadium to see how work is progressing on an exciting redevelopment plan for both the cricket and rugby grounds.

This follows Leeds City Council brokering a deal last year with Legal & General, which saw the financial services company agree to privately fund up to £35m towards the redevelopment, which will be repaid by Leeds Rhinos and Yorkshire CCC in rent. Leeds Rhinos also pledged £5m towards the total cost of the £40m revamp, which at no cost to the taxpayer, has played a vital part in securing top-level international sport at Headingley. In 2019, Emerald Headingley will host four matches as part of the ICC Cricket World Cup and a prestigious Ashes Test match against Australia.

Cllr Blake was accompanied on the tour of the new Emerald Stand by Yorkshire CCC chief executive, Mark Arthur. When completed, the Emerald Stand will include a three-tiered seating area that will accommodate 4,300 seats and feature enhanced corporate facilities and new permanent concession units. The stand is set for completion next May.

“It was absolutely fantastic to see how the redevelopment of Headingley Stadium is taking shape. Headingley is a truly iconic and world famous sporting venue, and it is exciting that next year once the redevelopment is completed, the cricket ground will host four matches as part of the ICC Cricket World Cup and an Ashes Test match.

“If the redevelopment plans had not gone ahead, the prospect of Headingley and Leeds continuing to hold global sporting events and matches would have undoubtedly been under threat. Also at risk would be the significant economic benefits brought to Leeds and the wider region if Yorkshire CCC and the Leeds Rhinos were to no longer host top-class matches. Taking all of these factors into account, we could not idly stand by and do nothing to protect Headingley’s status as a home for international sport.

“We worked extremely hard therefore to secure a funding package with an external investor for the redevelopment plan, and I would again, like to offer a big thank you to Legal & General for financing the deal. To reiterate, this arrangement is privately financed, is at no cost to the Leeds taxpayer and is a deal that works extremely well for all parties involved.” 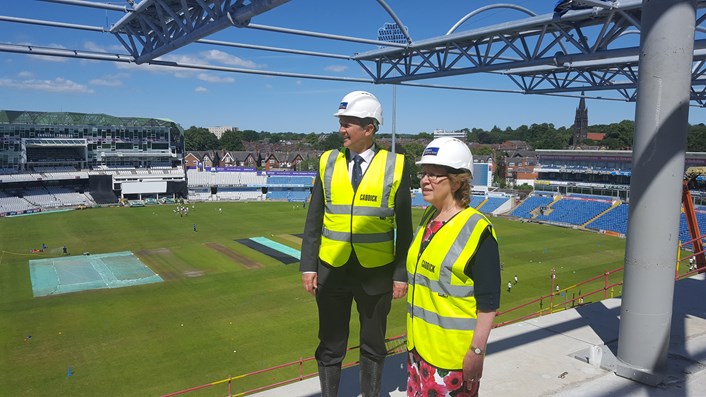