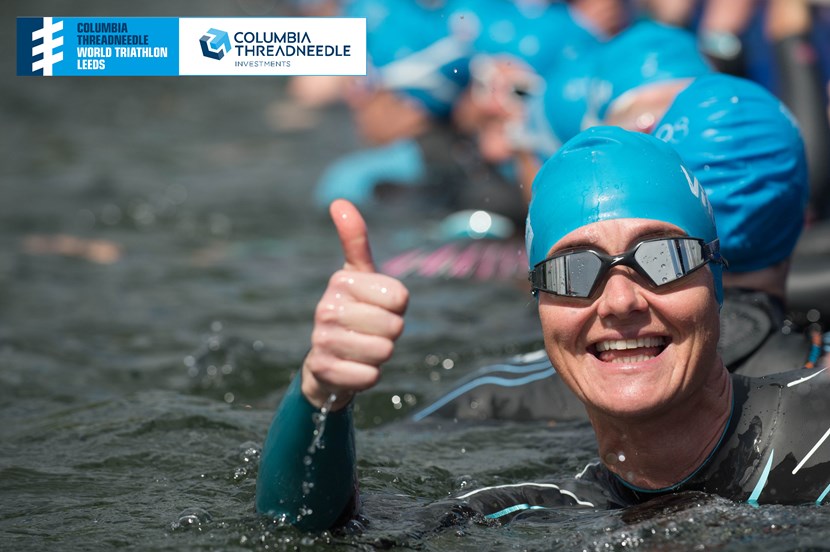 General entries for the Columbia Threadneedle World Triathlon Leeds are set to open at 9am today (18 August) – exactly one year to the start of the triathlon events at the Rio 2016 Olympic Games. The event offers amateur triathletes of all levels of ability the unique opportunity to compete on the same course as the world’s best triathletes across a range of distances on 12 June 2016.

The Columbia Threadneedle World Triathlon Leeds, part of UK Sport’s National Lottery funded #EveryRoadtoRio series, presents the final opportunity to see Britain’s best triathletes compete against their international rivals on home soil before they head to the Rio 2016 Olympic Games. Taking part as an amateur offers an exclusive insight into competing at the highest level on a unique point-to-point course in the home city of the Brownlee brothers and training base of Non Stanford and Vicky Holland.

With over 1,500 entries having already been sold to Home Nation members during a priority entry window, over 3,500 places are now available to the general public across the beginner, sprint and Olympic distance events. With demand expected to be high, organisers are encouraging individuals to capitalise on the early bird pricing structure and secure their entry as soon as possible.

Entries can be made via the official event website http://leeds.triathlon.org. In line with the event’s ambition to make the event accessible to first timers and novice triathletes, details of further novice and junior events will be announced in the coming months.

Olympic Champion, Alistair Brownlee, said: “Competing in my home city of Leeds is going to be one of the highlights of next year, not just for me, but for every elite athlete or amateur competitor who comes to Yorkshire next June.”

Leader of Leeds City Council Councillor Judith Blake said: “This is an exciting day for the World Triathlon Leeds event as places for the mass-participation element go on sale and we know they are likely to be snapped up very quickly. So if you want to experience the thrill of being part of a historic event for our city taking on the same course as the very best in the world on the same day sign up to make sure of a place. With a range of distances and team events available as well as supporting activities and the chance to cheer on our home-grown heroes including Alistair and Jonathan Brownlee and our adopted stars Non Stanford and Vicky Holland, it promises to be an unmissable event in Leeds.”

Leeds City Council executive member for health, wellbeing and adults Councillor Lisa Mulherin said: “Hosting the World Triathlon Leeds next year is the perfect inspiration to encourage people to give triathlon a go for the first time or to get a bit fitter through swimming, cycling or running. With the range of distances available being from beginner to serious triathlete, the event in Leeds next June could be the ideal target to start a training regime now with a realistic distance in mind. And a strength of the event is that you don’t need to be a professional triathlete like the Brownlee brothers or Non Stanford to take part, this is something men and women, boys and girls can all have a go at, be a little healthier and have fun in the process.”

Jack Buckner, CEO of British Triathlon, added: “It is part of the unique appeal of triathlon that amateur athletes, including novices, can compete on the same course on the same day as Olympic and world champions. Home Nation members have recognised this and been inspired to snap up 1500 race places during the priority entry period.”

Rupert Pybus, Global Head of Brand and Marketing at Columbia Threadneedle Investments, said: “I hope that triathletes around the country will put the Columbia Threadneedle World Triathlon Leeds on their race schedule for 2016. It promises to be a race like no other and will provide a unique course and atmosphere during an important year for British sport.”

ITU President and IOC Member Marisol Casado added: “Given the buzz around this race, I encourage all age groupers to sign up quickly for WTS Leeds, as I expect the entries will sell out quickly. It will be an unforgettable experience to race on the same course as Olympic athletes just before they head to the Rio de Janeiro Olympics to leave their mark on history. This race should not be missed.”

Entries will go on sale on Tuesday 18th August at 9am via http://leeds.triathlon.org.

This ambitious National Lottery funded programme will support British athletes’ preparation and qualification for Rio 2016, with up to 95 direct and over 300 indirect qualification spots available, while generating economic impact for host cities and regions of over £37 million. Upcoming events include the European Wheelchair Basketball Championships in Worcester in August and the Taekwondo Grand Prix in Manchester in October. 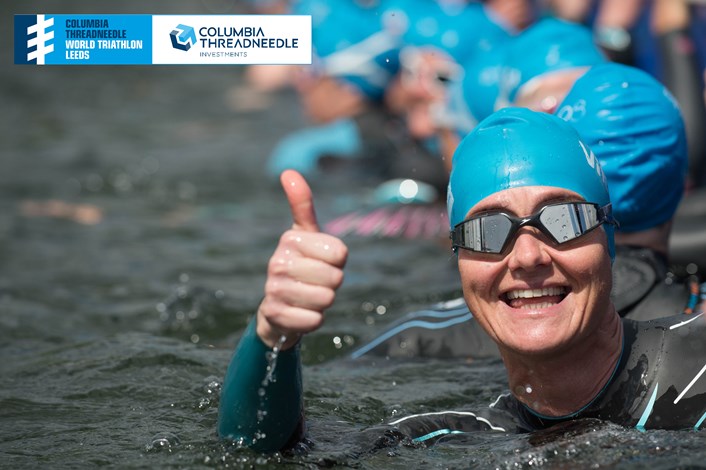