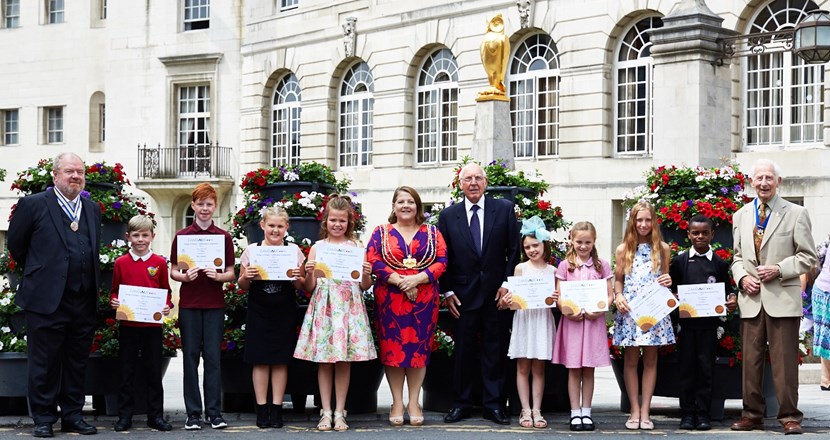 Young people representing schools across Leeds visited the Civic Hall this month to be congratulated on their fantastic flowerbed designs which have been brought to life in the city.

Following the ever popular Leeds in Bloom design a flowerbed or edible bed competition which this year attracted over 2,000 entries from 65 schools, eight overall winners (six in the flowerbed category and two in the edible flowerbed category) were treated to a special civic welcome and presented with individual prizes and certificates by Cllr Jack Dunn and the Lord Mayor, Cllr Jane Dowson. The youngsters will also be the toast of their respective schools, with each receiving £300 worth of nursery vouchers per winner.

As part of the competition, which aim is to encourage young people to become more aware of their environment and its horticulture features, each lucky winner also had the chance to see their individual designs become a reality in locations around the civic hall. A plaque has also been placed beside each flowerbed or edible bed bearing each designer’s name.

“I have been very fortunate to be a judge in a number of Leeds in Bloom design a flowerbed or edible bed competitions, and continue to be amazed at the tremendous standard of entries by young people from schools across the city.

“The competition is a great way to inspire youngsters to become the next generation of green fingered residents in Leeds, and it is brilliant that the eight winners also had the chance see their designs brought to life outside the city’s iconic civic hall.”

“It was a real honour as Lord Mayor to be able to meet and present the extremely talented winners of the Leeds in Bloom design a flowerbed or edible bed competition with a certificate and prize in recognition of their tremendous designs.

“To see over 2,000 entries from 65 schools across the city is remarkable and shows how this particular competition has captured the imagination and continues to inspire our youngsters. If you are around the civic hall in the upcoming weeks and months, don’t miss out on the chance to see the flowerbeds, which are fantastic.”

The eight winners were: 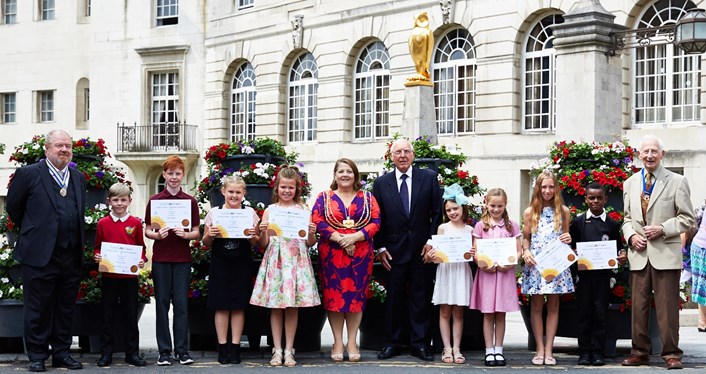