Dazzling parade set to bring a century of history to life

A spectacular parade paying tribute to a century of inspiring women will get this week’s compelling Light Night Leeds festival underway.

Featuring animated puppets, illuminated banners and LED signs made by local community groups, the parade will weave its way through the city centre in front of an expected crowd of thousands this Thursday, October 4.

As well as celebrating Leeds Suffragettes Leonora Cohen and Mary Gawthorpe, who put their lives and freedom on the line in the fight for the right to vote, the parade will also pay tribute to other inspirational and influential women from the past 100 years including astronaut Helen Sharman and civil rights activist Rosa Parks.

Featuring giant illuminated creations from The Lantern Company and Dundu with special guests Stealing Sheep and Drum Machine, the parade will begin on The Headrow this Thursday at 7.30pm and will be an ideal launch for this year’s two-night festival, which has the theme of progress and innovation and features a programme of artwork by international artists celebrating history, technology and social change.

Over the past few months, a number of local workshops have taken place where signs and banners for the parade have been made, supported by Yorkshire Building Society.

Pauline Giroux, Corporate Responsibility Manager at Yorkshire Building Society, said: “We’re proud to be involved as the Community Sponsor in the largest annual city centre event in Leeds. Our support for Light Night Leeds is providing workshops for local community groups and members of the public to make illuminated banners and portraits for the parade which launches the event.

“Working with our charity partner, End Youth Homelessness (EYH), homeless young people supported by Centrepoint in Bradford have already helped create illuminated works of art for the parade and we are excited to see them brought to life this October.”

The Light Night Leeds parade will be one of more than 60 incredible light and sound pieces which will transform city centre landmarks around Leeds including The Queens Hotel, Kirkgate Market, Leeds Town Hall and Leeds Civic Hall.

This year’s event, the 14th of its kind, will take place in a series of zones supported by local businesses, with the parade taking place in the Headrow Zone, supported by The Light shopping centre.

Stephanie James, Marketing Manager at The Light, commented: “Here at The Light we are always looking at new ways to support the city and its community, so we’re delighted to be sponsoring Leeds Light Night and providing local artists with a platform to showcase their talent. As part of the event we are also playing host to an installation, as well as launching a photography competition to everyone and anyone in the local community that enjoys taking pictures.”

Other incredible installations at the event will include a series of giant, luminous humanoids at Victoria Leeds, a projection on Leeds Civic Hall exploring the relationship between science and nature and a series of giant, illuminated lampshades on Victoria Gardens.

“Over the past 14 years, Light Night Leeds has continued to evolve, growing into an event of such impressive ambition and creativity that it has become one of the benchmarks for culture and innovation in Leeds and beyond.

Light Night Leeds takes place on October 4 and 5 from 6pm until 11pm. The event’s headline partner is Leeds 2023. 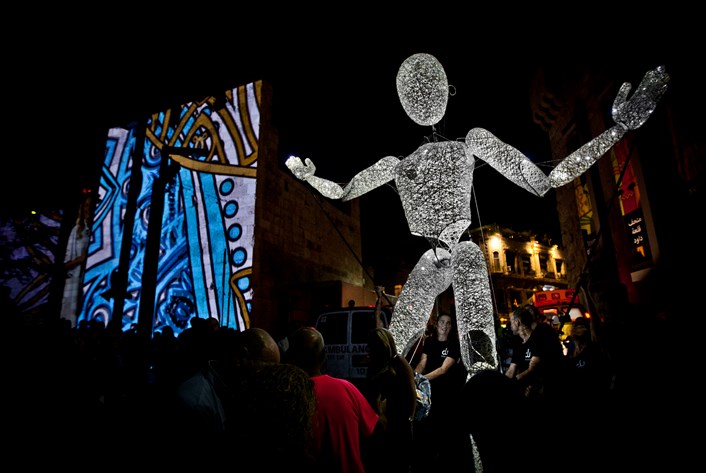