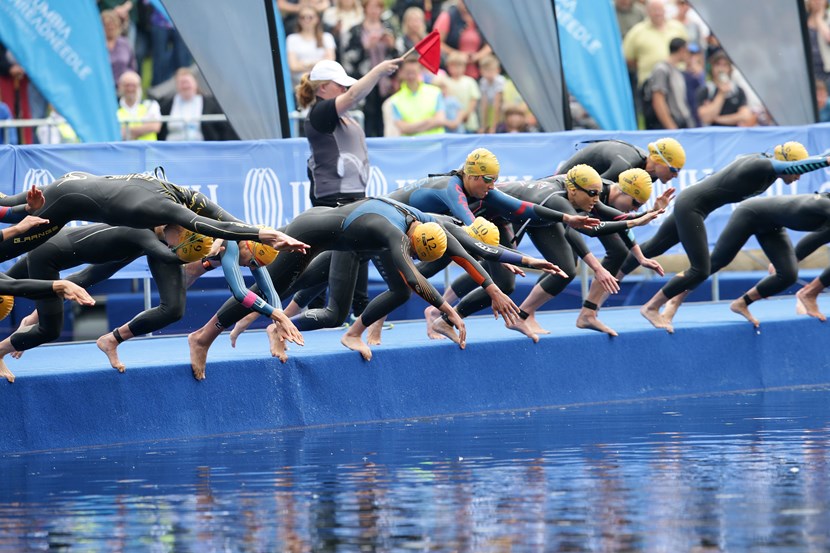 Priority entry for the 2017 Columbia Threadneedle World Triathlon Leeds is set to open at 10am on Monday 28 November – just 200 days before triathlon takes over the city for a second time on 10 and 11 June 2017.

The 2017 event will host over 5,000 amateur participants, from first timers through to experienced triathletes, in a weekend packed full of triathlon action for all abilities.

Past participants from the 2016 event and British Triathlon Home Nation members will have an exclusive opportunity to enter 2017’s event before entries go on sale to the general public on Monday 5 December. To join British Triathlon and become a member of your Home Nation, please visit www.britishtriathlon.org/join.

Inspired by local heroes Olympic Champion Alistair Brownlee, Olympic silver medallist Jonathan Brownlee and Olympic bronze medallist Vicky Holland, newcomers to the sport can sign up for a fun-filled GO TRI event in and around Roundhay Park on Saturday 10 June.

On Sunday 11 June, the sprint and standard distance events, as well as the relay, will offer a new and improved course for amateur athletes including a single transition in Roundhay Park. A swim in Roundhay Park’s Waterloo Lake will precede a challenging bike route, before athletes re-rack their bikes in Roundhay Park and head on foot to the world famous blue carpet finish in the city centre's Millennium Square.

Full details of the new course and additional improvements to the event experience following feedback from 2016 participants will be announced in the coming months.

Once the mass participation events have concluded it will be the turn of the world’s best triathletes - including British athletes that won three of the six Olympic medals in the Rio 2016 Olympic Games - to take on Columbia Threadneedle World Triathlon Leeds, the fourth leg of the ITU World Triathlon Series, supported by UK Sport and The National Lottery.

The event, organised by British Triathlon in partnership with Leeds City Council, UK Sport and the ITU, is expected to sell out quickly. Organisers are encouraging individuals to register their interest for the 2017 event in order to be amongst the first to know about entries before they open to the public via the official event website http://leeds.triathlon.org.

Jack Buckner, CEO of British Triathlon added: “The launch of next year’s Columbia Threadneedle World Triathlon Leeds is a truly exciting moment for the team at British Triathlon. We are working closely with all our partners to create a great event experience in 2017 that meets the high expectations of the triathlon community and ourselves.

“We are again delighted to be able to host the world’s best triathletes in the fourth leg of the ITU World Triathlon Series. British Triathlon are looking forward to delivering an inspirational event for every athlete, spectator and volunteer in 2017.”

“We’re delighted to be hosting the ITU World Triathlon Series in Leeds again next year after the first event in 2016, which in attracting such a great crowd really captured the imagination of so many people.

“Building on our experiences from this year’s event, we’re confident 2017 will be a fantastic occasion for the thousands of people taking part.

“With priority entry now open to those people who took part in this year’s event, excitement is already building in the city for the 2017 Leeds leg of the ITU World Triathlon Series.”

UK Sport’s Head of Major Events, Rebecca Edser, said: “British triathletes did the nation proud in Rio this year, so we delighted to be helping bring world class triathlon back to the UK in 2017, to continue to inspire the nation following this success through our National Lottery funded major events programme.”

“There’s no doubt Leeds has become world renowned for its triathlon talent,” said ITU President and IOC Member Marisol Casado. “Not only will age-groupers be able to challenge themselves on a thrilling course, they’ll see the world’s fastest triathletes compete on much of the same route. It is a race not to be missed.” 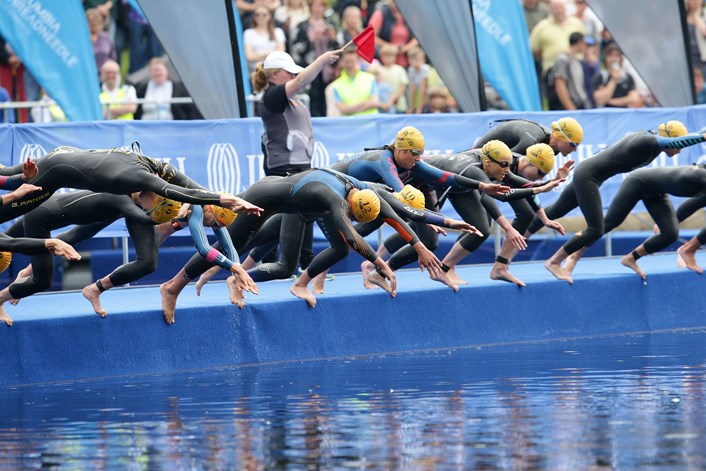