Leeds City Council has secured a £250,000 contribution from a number of local businesses towards a scheme to improve Greek Street in Leeds city centre.

The popular social spot has been pedestrianised since 2016, and has seen a number of new bars and restaurants open in the last two years.

The investment will allow for the street to be paved partly in granite and a level surface will be created to enable businesses to make better use of the new and improved space. New lighting and greenery is also planned to revamp the current area.

A total of £462,000 is to be spent on the scheme, which will start on site early next year and be complete by early Summer.

The investment forms part of the exciting redevelopments in the city centre over the next few years which have been outlined in the first ever Leeds Our Spaces draft strategy, which is currently out for consultation at www.leedsourspaces.co.uk

"The pedestrianisation of Greek Street has helped to underline the street’s appeal as a major night time destination and it is currently thriving.

"Over 250 new jobs have been created on the street since 2016, and for the first time, every premises at ground floor level is fully occupied by bars or restaurants.

"We are pleased to have secured a significant sum from businesses to deliver this scheme, and it follows on from a successful redevelopment of Bond Court over the last few years, which was also delivered by private funding."

A collection of 12 of the businesses on Greek Street have come together to help fund the new works. 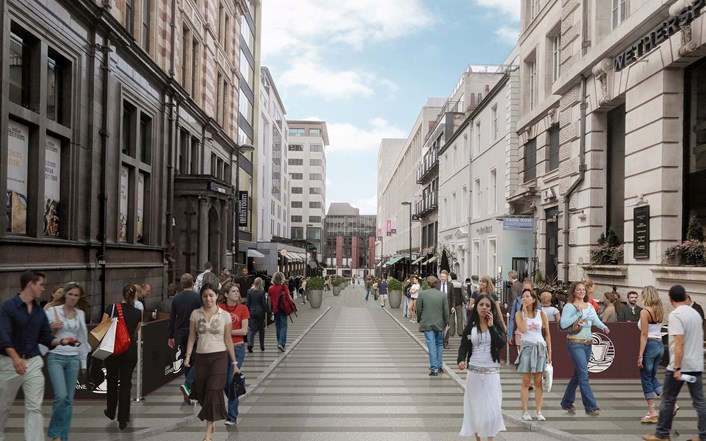