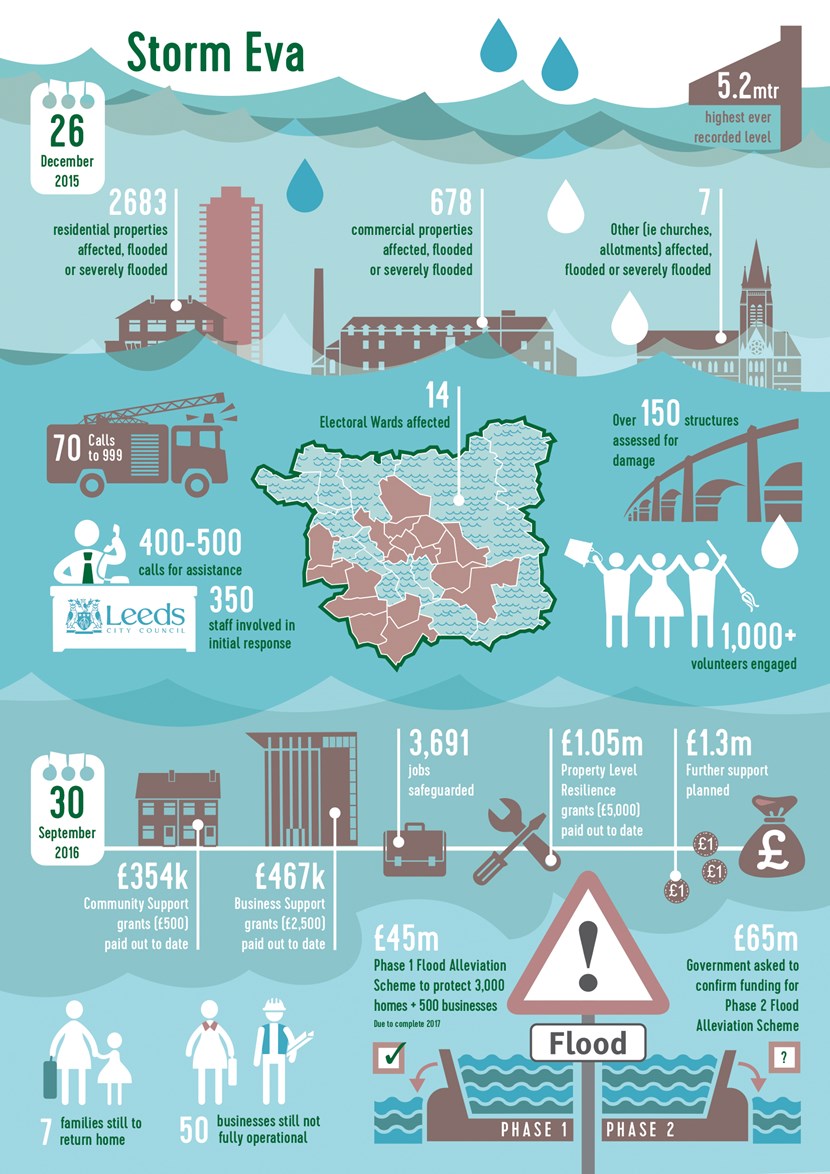 Leeds City Council has today issued an update on its sandbag policy in order to help raise awareness of what to do in the event of flash flooding or more severe future flood events.

With the current heatwave ongoing, hardened ground becomes increasingly vulnerable to the impact of sudden summer storms when the weather changes. At the other extreme in terms of flooding events, areas of Leeds were badly hit by the devastation caused by the impact of Storm Eva at Christmas 2015, when high levels of rainfall fell on already saturated land which then led into rivers causing unprecedented flood levels in the city.

In order to help residents, businesses and communities to ensure they are prepared for any future flooding threats, the council has updated its sandbag policy and flood guidance. The policy explains that during a flood event, the council cannot commit to making sandbags available for homes or commercial premises. The reason for this is that in the event of a flood threat, resources including sandbags must be focused and prioritised in the following areas:

Leeds City Council working with the Environment Agency is calling on all residents and business to consider how flood-prepared they are and what steps they can take themselves to improve their awareness and prevention levels.

Leeds City Council offers a range of advice on how to help protect property at http://www.leeds.gov.uk/council/Pages/Flooding.aspx, which includes how people can purchase their own sandbags and alternative emergency flood prevention measures and how to best deploy them when needed.

It also gives the 24-hour Environment Agency Floodline number of 0345 988 1188, while all residents and businesses can sign up to the national flood alerts service by registering at https://www.gov.uk/sign-up-for-flood-warnings, with further government guidance available at https://www.gov.uk/prepare-for-flooding/future-flooding

Numbers of community flood groups are growing in Leeds, for further information on how to form such a group email FRM@leeds.gov.uk.

Since the Christmas floods of 2015, significant work has been undertaken in Leeds to reduce the risk of future floods, with phase one of the Leeds Flood Alleviation Scheme seeing £50million investment in the first dedicated flood defences seen in Leeds to protect the city centre and Woodlesford completed last year.

Plans for phase two which would see a further £112million invested in a range of measures along the River Aire to its upper catchment are continuing to be developed, with the latest details released last month at https://news.leeds.gov.uk/initial-sketches-released-of-how-leeds-flood-scheme-phase-2-could-look/

“In the middle of a heatwave it may be odd to talking about flooding, but no-one in Leeds who experienced the power of nature at Christmas 2015 will underestimate the threat posed by flooding to our city and communities.

“At the time in 2015 there was understandably some confusion around in particular sandbags and where people could get them from, so hopefully this guidance will make that clear and understandable along with how our residents and businesses can best prepare themselves for the next time we face a flooding threat of any kind.” 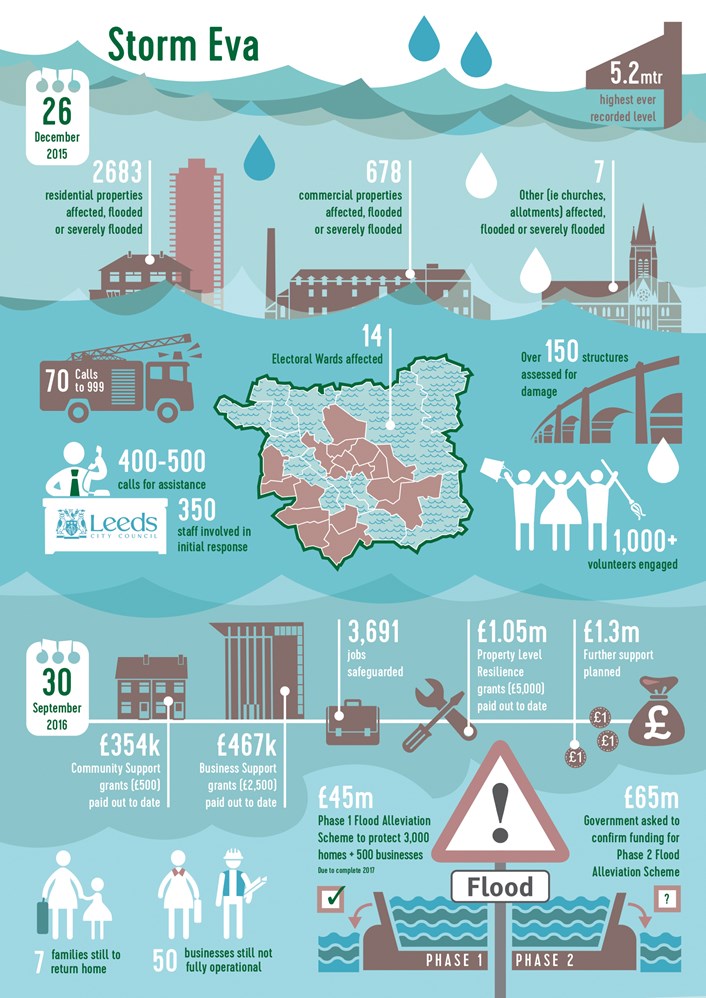