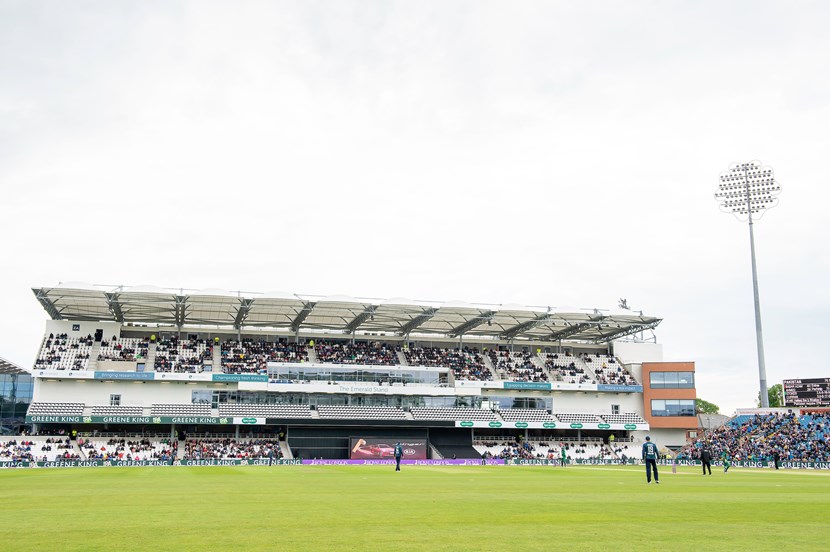 Two special celebration events are to be held this year to mark the completion of exciting redevelopment work at Emerald Headingley Stadium.

In what promise to be unforgettable occasions for all those in attendance, a city-wide Community Engagement Day including school children and young people will take place on Wednesday, July 17, and be followed on Saturday, September 21, by a spectacular ‘Proms on the Pitch’ event led by world renowned soprano, Lesley Garrett.

As part of the Community Engagement Day, children will have the chance to emulate their sporting heroes and step on to the hallow turf of both the cricket and rugby pitches at Emerald Headingley. Representatives from the Leeds Rhinos Foundation and Yorkshire Cricket Foundation, who engage and work closely with thousands of young people in communities across Leeds each year, will be on hand throughout, to provide a range of disability focused events and fun coaching sessions to Key Stage Two pupils.

As part of the day, a special ceremony will also be held to mark the official opening of the newly completed £45 million redevelopment of Emerald Headingley Stadium. Included in the redevelopment is the new Emerald Stand. Boasting 4,300 seats, spectacular views, and state-of-the-art corporate facilities, the Emerald Stand is set to play a huge part in further cementing Emerald Headingley’s reputation as a top-class venue to watch world-class cricket and rugby. This year alone, Emerald Headingley will host four 2019 ICC Cricket World Cup matches, starting with England v Sri Lanka tomorrow (Friday, 21 June), and a prestigious Ashes Test match against Australia in August. Fans are invited as part of the England v Sri Lanka clash to enjoy a fanzone on Millennium Square which will be arriving from tomorrow to Sunday 23 June. For more details, please see the notes to editors section. To find our more about what is on offer at the Emerald Stand and stadium, please see: https://emeraldheadingleystadium.events/.

Once Emerald Headingley Stadium’s spectacular sporting summer is over, there will also be the chance to enjoy a very special ‘Proms on the Pitch’ at the venue on Saturday, September 21. Featuring a huge 52-piece orchestra, fans will be able to watch on the rugby pitch, a stellar line-up headed by soprano Lesley Garrett. Event goers will be able to purchase tickets to either go on the pitch or stand on the terraces or book seats in either the new look South or North Stand in the rugby stadium to watch the whole event. Tickets are on sale now from tickets.therhinos.co.uk or by calling 03714231315 and also available from Leeds City Centre Box Office at www.leedstownhall.co.uk or by Tel: 0113 376 0318.

“Emerald Headingley Stadium is a sporting venue which is revered by people of all ages, not just in Leeds and the wider region, but right across the world. We are extremely proud therefore that when people come to watch the Leeds Rhinos, Yorkshire CCC and other global international sporting events such as the Ashes Test match this August, they will do so in a stadium which is looking truly magnificent following the completion of significant redevelopment work.

“The community-focused programmes which both the Rhinos and Yorkshire CCC undertake especially with young people in our city are absolutely tremendous. It is very fitting therefore that to mark the refurbishment, a very special Community Engagement Day will be held on July 17. As part of the day, young people from schools across Leeds will have the chance to play on the hallowed turf of both the rugby and cricket pitches, which promises to be a truly unforgettable occasion for everyone involved.”

“As the stadium approaches its 130th anniversary it is fitting to commemorate and celebrate the new £45 million redevelopment with two special events to be enjoyed and remembered for many years to come by the citizens of Leeds.

“Leeds City Council have always recognised the value of Emerald Headingley Stadium to the city and their role in promoting these events as city-wide celebrations will be appreciated by all local sports fans and others who take pride in Leeds and its development.”

“This wonderful development at Emerald Headingley Stadium has returned Yorkshire CCC to the top table when major international cricket matches are allocated in this country. It would not have been possible without the support from Leeds City Council, for which we are very grateful. The cricketing world will see what has been achieved at Emerald Headingley over the next few weeks with the Cricket World Cup and the return of the Ashes after a ten year absence.”

Funding for redevelopment work at Headingley Stadium was found through a deal brokered by Leeds City Council, which saw financial services company, Legal & General, agree to privately fund up to £35m towards the redevelopment, which will be repaid by Leeds Rhinos and Yorkshire CCC in rent. Leeds Rhinos also pledged £5m towards the total cost of the £40m revamp, which at no cost to the taxpayer.

A very special fanzone will be arriving in Millennium Square from 21 June to Sunday, 23 June. As part of the festivities, there will be a range of fun cricket-based activities, food, drink and live entertainment on offer for all the family to enjoy, and the chance to watch a number of matches on a big screen. Free to enter, this promises to be a great way in which to enjoy the magic of the World Cup with cricket fans from across the UK and around the world.

Year of sport in Leeds:

The arrival of the Cricket World Cup, forms part of an unforgettable year of sport in Leeds. The city has already hosted the finale of the 2019 Tour de Yorkshire and the World Triathlon Series, and in September this year following the Cricket World Cup, will welcome the UCI Road World Championships. For more information on Leeds World Class Sport, please see: https://www.visitleeds.co.uk/sport.aspx# 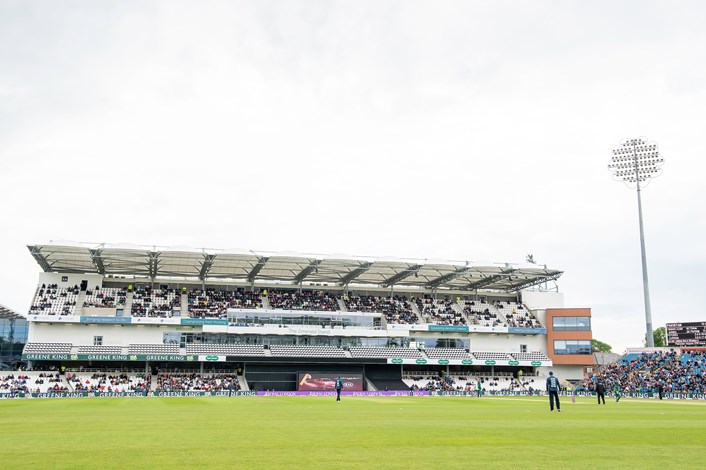