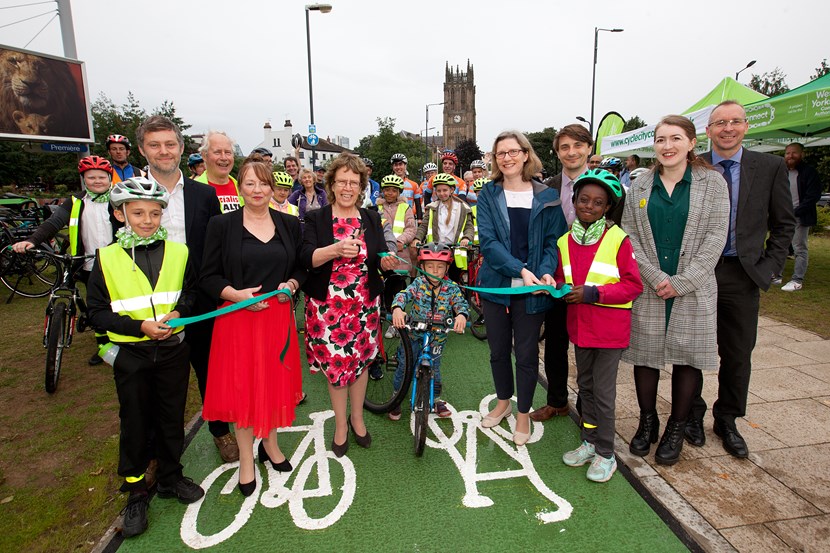 Connecting Leeds has completed construction of a bus lane and better cycling infrastructure on York Street, benefitting thousands of commuters who use the route around the city centre.

The changes to the road configuration will facilitate a reduction in bus journey times. Approximately 50 buses per hour use the route and this scheme reduces delays for bus commuters.

Transport emissions are the largest contributor to air pollution in Leeds and York Street is the first of many projects to improve the bus infrastructure and reduce emissions from cars.

These works are the final part of the Leeds City Centre Cycle Superhighway scheme, which has been delivered by the council in partnership with the West Yorkshire Combined Authority’s CityConnect programme aimed at encouraging more people to travel by bike and on foot.

There are plans to add a further 6km of new segregated cycling routes to the city’s growing network through the CityConnect programme.

In addition, the council will soon start to build phase one (4.8km) of the orbital cycle highway, which will run on the outer ring road from Red Hall to King Lane. This forms part of an ambitious city-wide programme, which, led by the council and partners, has set out the ambition to create over 800km (500miles) of network. The city currently has 172km (over 107miles) of cycle network.

Connecting Leeds has implemented a long-term transport strategy for Leeds that aims to improve all aspects of travel in the city. By March 2021, Connecting Leeds will see £270 million invested in public transport, which will also encourage active travel, including new cycling routes along key bus corridors and in the city centre.

“Efforts to transform the city’s bus and cycle network form part of a wider plan to address the global climate emergency and improve the city’s air quality.

“It is hoped this project, one of many similar interventions being delivered across the city, will encourage people who would previously drive into the city centre to switch to traveling by bus and bicycle.

“Cars, particularly those with only one occupant, clog up the cities roads and emit carbon and other harmful gases and pollutants into the environment.

“Using buses and other forms of public transport help reduce congestion and significantly reduce the carbon and wider environmental impact of transport in the city.”

“We are proud to be working in partnership with Leeds City Council to deliver high quality, ambitious infrastructure to encourage more people to leave the car at home.

“Helping more of us travel by bike, on foot and by public transport is key to cutting congestion, improving air quality and contributing to our drive to tackle the climate emergency.”

“We’re pleased to see the York Street bus lane in operation and continue to be a committed partner in helping Connecting Leeds deliver bus travel that builds a stronger local economy.”

“These latest improvements will enable us to move more people, more easily and more quickly to where they need to be, at the time they need to be there. Bus priority is vital in making Leeds a smart city where public transport works for everyone as it allows us to develop timetables that give customers predictable journey times throughout the day.”

Connecting LeedsThe vision set out for Connecting Leeds is to deliver a transformational step change in the transport network and connectivity in Leeds and the wider region. It’s aiming to help and support bringing people, places, jobs, learning and leisure closer together. This will be achieved through improvements to road, rail, bus, park and ride, cycling and walking services and infrastructure, reducing congestion and improving air quality and accessibility in Leeds along with utilising the latest technology innovations.

The West Yorkshire Combined Authority’s CityConnect programme works in partnership with a range of public, private and community organisations to encourage more people to cycle and walk short journeys.

The CityConnect programme has received funding through the Department for Transport-funded Cycle City Ambition Grant (CCAG) and local match funding – a combined £60m package of works aimed at improving cycling infrastructure across West Yorkshire and York to make cycling and walking the natural choice for short journeys. The programme is delivered in partnership by the West Yorkshire Combined Authority, the five West Yorkshire councils and City of York Council.

In partnership with Leeds City Council and City of Bradford Metropolitan District Council, the team has completed work on the 23km Bradford Leeds Cycle Superhighway, which connects two of Yorkshire’s major cities with a route segregated from traffic.

Through CityConnect, the West Yorkshire Combined Authority also delivers a series of awareness campaigns and engagement initiatives, including support for businesses, schools and grassroots initiatives to boost the number of people travelling by bike or on foot.

West Yorkshire Combined Authority works in partnership with local councils and businesses to ensure that everyone in the region benefits from a strong, successful economy and a modern, accessible transport network. By championing the region’s interests nationally and internationally, the Combined Authority secures the investment to deliver better transport and housing, help businesses to grow and create jobs. For more information visit www.westyorks-ca.gov.uk. 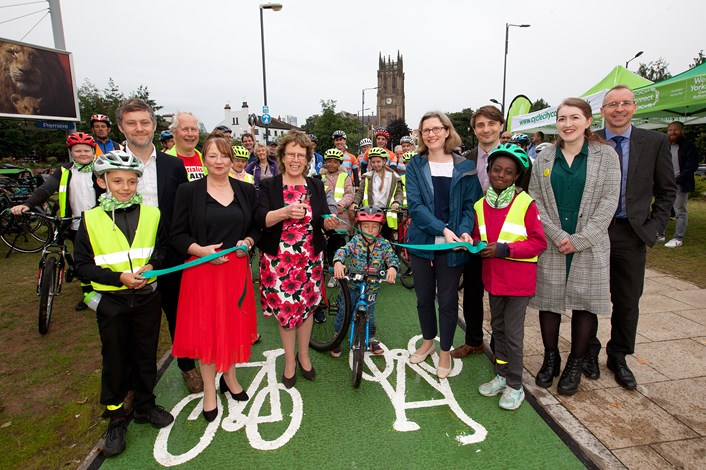