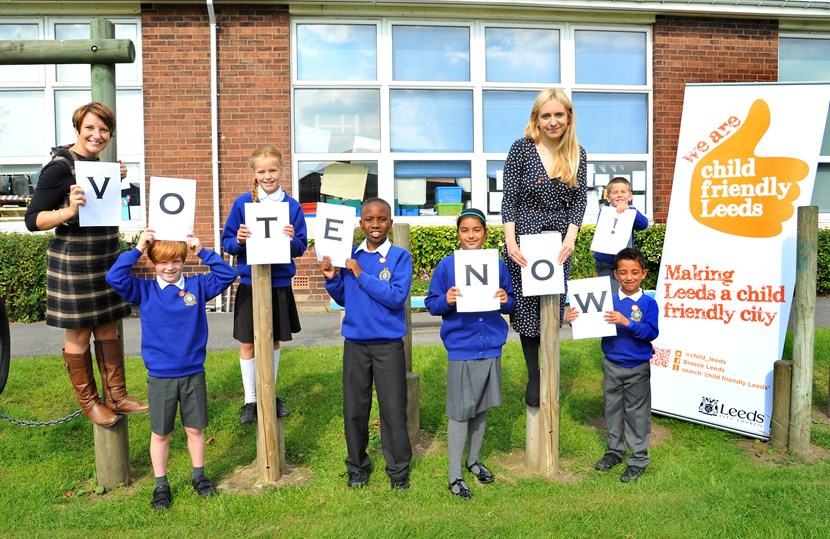 The search is on for organisations and individuals, who epitomise everything that is child friendly in Leeds, to be recognised in the city’s third Child Friendly Leeds Awards.

Nominations are now open for the awards which will be held in January 2016.

Children and young people will be at the forefront of the awards, which are organised by Leeds City Council in partnership with Leeds City Varieties and supported by British Gas, Trinity Leeds and The Works Skatepark.

A group of young people will plan and run the prestigious event, now in its third year and taking place on 28 January 2016. Young people will also form part of the judging panel to ensure the winners really do represent the views of the young people of Leeds.

The awards will showcase the talent, achievements and energy of the city’s children and young people and celebrate what individuals, places and organisations are doing to make Leeds a great place to grow up. The awards will pay a particular tribute to the help available for those children and young people who may have additional challenges – including children who are looked after by the council, or are particularly vulnerable, and those who have disabilities or additional needs.

This year’s categories are boosted by a new award that highlights the strong links between schools and local communities across Leeds. The supporting schools: ‘children’s choice’ award is a chance to recognise local organisations, educators or individuals from outside the school’s regular staff, who work with, or in a school to inspire, inform, entertain, or support pupils. Examples could include a local business that teaches enterprise skills to pupils or a community group project that enables volunteers to support the curriculum. Unlike the other categories, for this award nominations can only be made by children and young people themselves to encourage pupils to think about the people and organisations from the local community who have made the biggest difference in their school.

Everyone across the city is now being asked to nominate people, places and organisations in Leeds that are particularly child friendly or make a big difference to the city’s children and young people. Nominations can be made at http://childfriendlyleeds.wordpress.com/awards and the deadline for nominations is 31 October 2015.

“We are very excited to announce our third Child Friendly Leeds Awards. We really want to hear about the people and organisations which go the extra mile to make Leeds a special place for children and young people.

“Each year the awards are organised and planned by young people themselves, which makes them a truly special experience with lots of surprises and is a great way to showcase the talent we have in Leeds.”

“Child Friendly Leeds now has hundreds of enthusiastic ambassadors and partners who are committed to making Leeds the best place to grow up, so we know how much support there is for this work across the city. The awards give us the chance to grow that network even further by finding out more about the incredible work happening with children and young people across all our communities.

This year’s new ‘supporting schools: children’s choice’ award particularly recognises the important links between schools and their local areas and we hope that lots of pupils will take the chance to celebrate the people and organisations who work with and in the school to inspire and educate them”.

The awards have six categories:

Children’s Champion (two awards – under 11 years old, and 11 to 18): This is the award to celebrate a child or young person who has done or achieved something exceptional. Whether it’s someone who makes a big contribution to their local community, or is caring for a friend or loved one who needs extra support. Every day our children and young people do amazing things and we wants to hear about, recognise and celebrate their contributions.

Best overall contribution to making Leeds a child friendly city: This is the award for the business, organisation, team or individual that has shown true commitment and made a meaningful contribution to making Leeds the best UK city to grow up in. It could be a business with an exemplary apprenticeship programme, a school that has made a major contribution to improving the local community, a sports club that welcomes and celebrates children and young people, or a team from a public sector organisation that demonstrates outstanding results by improving outcomes for children. We want to hear about the numerous activities and initiatives across Leeds that give children and young people opportunities, inspiration and optimism for the future.

Supporting schools: ‘children’s choice’: This award recognises the invaluable support that pupils and schools receive from within their local community. This could be local organisations, educators or individuals from outside the school’s regular staff, who work with, or in a school to inspire, inform, entertain, or support pupils. Examples could include a local business that teaches enterprise skills to pupils or a community group project that enables volunteers to support the curriculum.

Further information about the the awards and how to nominate can be found at: www.childfriendlyleeds.wordpress.com/awards 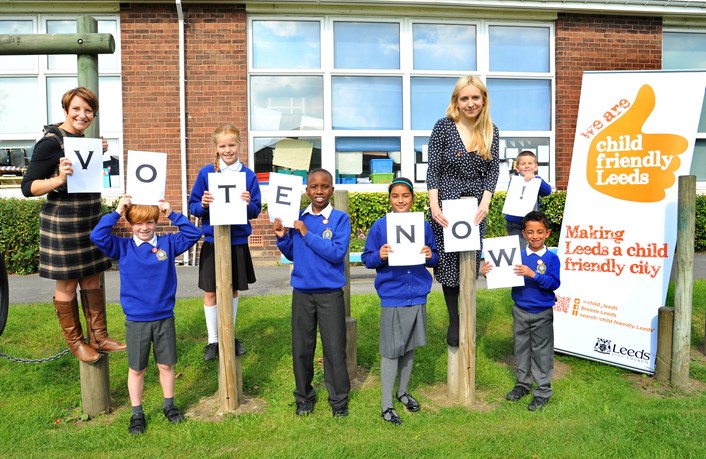