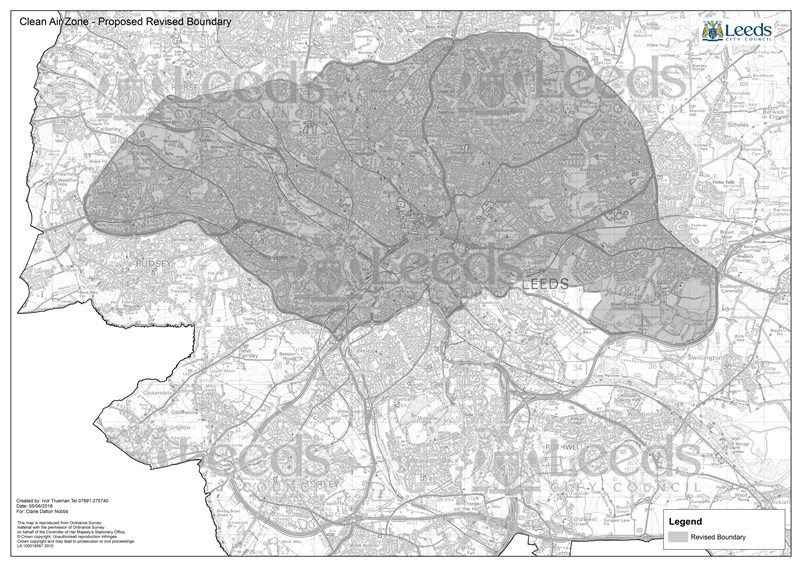 Businesses and residents encouraged to have their say on proposals for a Clean Air Charging Zone.

Leeds City Council is encouraging businesses, residents and commuters to have their say on the council’s latest proposals to reduce air pollution and protect the health of people in Leeds before a public consultation closes on August 12.

The proposals being consulted on include a ‘Clean Air Charging Zone’ (CAZ) that would charge the worst polluting buses, HGVs, coaches, taxis and private hire vehicles for driving within it. Under the plans, private vehicles of any age would not be charged.

Based on almost 9,000 responses to an informal consultation earlier this year, the council have amended their original proposal slightly to mitigate the zone’s economic impact on businesses whilst ensuring the city still achieves improvements in air quality both inside and outside of the zone.

Respondents will be able to comment on the proposals and share ideas on what actions Leeds City Council should consider to further reduce air pollution beyond 2020.

Public responses to the consultation will shape the council’s final air quality proposal which will be presented to the government in September. This final proposal will need to allow the city to comply with national air quality levels in the shortest possible timescale whilst considering the overall impact on Leeds—including financial impacts, inequality and the displacement of emissions to other areas.

The key areas that Leeds City Council are consulting on are;

The proposals come after the government instructed the council to outline plans to tackle air pollution in the city after identifying Leeds as being likely to fail legal air quality levels by 2020.

Evidence shows that spending time in areas with high levels of air pollution can worsen asthma symptoms, damage lung function and is linked with an estimated 40,000 premature deaths in the UK every year.

“In our informal consultation earlier this year, residents told us loud and clear that they believe tackling air pollution should be a priority for the city.

“Our latest proposals will improve air quality both inside and outside of the Clean Air Charging Zone, whilst mitigating the economic impact on businesses in Leeds.

“I would urge everyone who hasn’t yet taken part to have their say on our plans for a Clean Air Charging Zone and our other proposals to reduce air pollution before the consultation closes on August 12.

“The comments we receive as part of this consultation will help us provide a rounded proposal to submit to government in September. They will ensure that we are asking for support in the right areas, making sure we have the right funding to deliver the best possible proposal for Leeds.”

The consultation is open until August 12 and can be found at www.leeds.gov.uk/airqualityconsultation.

More information on the consultation and on what Leeds City Council are already doing to tackle air pollution can be found on the official Clean Air Leeds website at www.cleanairleeds.co.uk 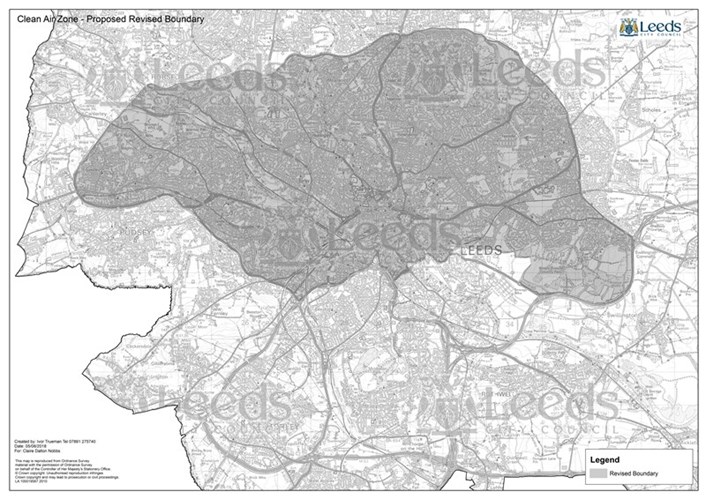