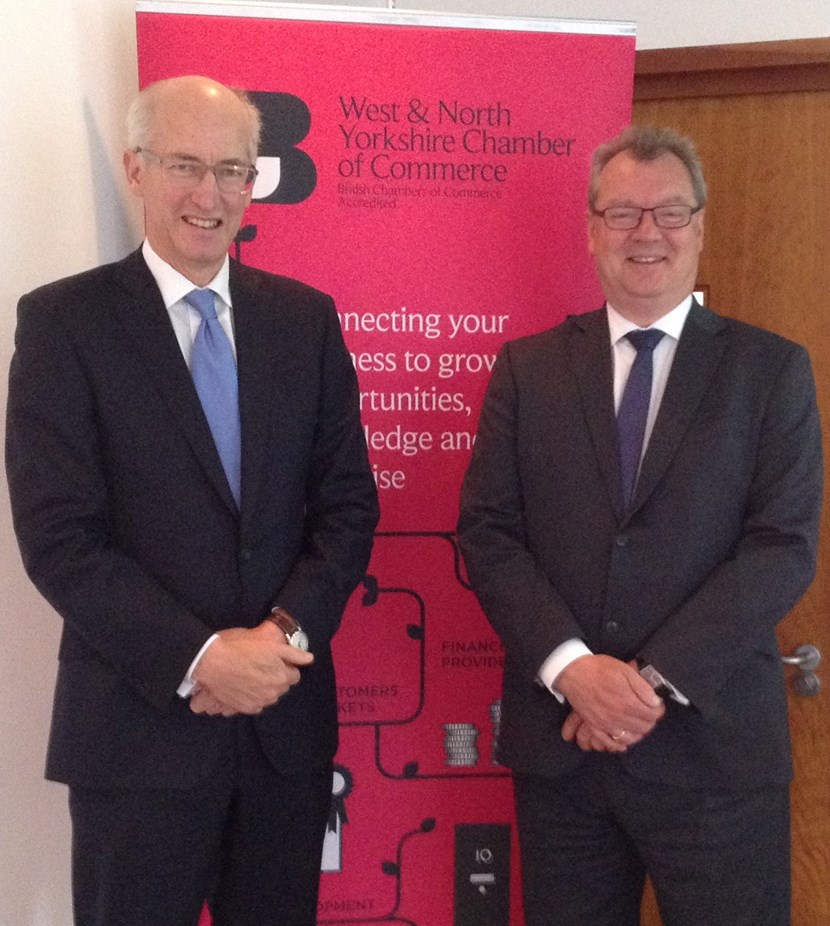 Business leaders from across the Leeds City Region heard from Sir David Higgins the man charged with delivering the proposed HS2 scheme. In a meeting organised by West & North Yorkshire Chamber of Commerce in partnership with Leeds City Council, delegates were given the opportunity to discuss the plans for HS2 arriving in the city and in particular the exciting opportunity to rethink rail infrastructure in Leeds City Centre.

Speaking after the event, Leeds Chamber President, Gerald Jennings said, “The Chamber has been a longstanding supporter of Hs2 which presents a once in a hundred years opportunity to fundamentally change the nature of rail travel in this country. HS2 will provide much needed additional capacity to the existing East Coast Mainline where growth in passenger and freight usage is forecast to continue growing and will soon outstrip what it can handle. Furthermore it will improve connectivity across the north and midlands, linking the major urban centres along the eastern side of the UK and in turn widen the available labour market to employers in and across our region.HS2 also provides a catalyst for ensuring that local rail services are increased so that the economic benefits of high-speed rail can be maximised across the City Region.

Jennings went on to say that, “Leeds station is already one of the most heavily used stations in the UK with demand set to double over the next 25 years to over 60 million passengers a year. Station capacity is already stretched so clearly further investment is required just to ensure existing national, regional and local l rail journeys can be accommodated. But we must be ambitious and ensure Leeds has a station that provides a sense of arrival befitting one of the largest commercial centres in the country. HS2, Network Rail, the Department for Transport and Leeds City Council between them have the ability to shape the fortunes of Leeds for generations to come.”

Leeds City Council Leader, Cllr Judith Blake, said: “It was very encouraging to see Sir David in Leeds again and especially for him to hear direct from local and regional business leaders of the importance of the Leeds station and HS2 to our future economy, delivering new jobs and benefits for all.

“It is absolutely critical that the Leeds station solution is right to meet the needs of our city in the present and the long-term future, as well as aiding wider connectivity to our city region and beyond and fitting perfectly within a national, regional and local transport network.

“In light of the disheartening developments on the Tran-pennine line electrification, we cannot stress strongly enough the need for phase two of HS2 and also HS3 to not be ‘paused’ or delayed but built as quickly as possible. The eastern leg of HS2 takes in a corridor of 12 million people and contributes more than £100billion to the UK economy, so it is essential it is completed in full as a commitment to major transport infrastructure investment in the north to start making up for decades of underinvestment which only served to accelerate the north-south divide.”

In March 2015, David Cameron speaking in Leeds, announced that Sir David Higgins had been tasked with relooking at the options for HS2 coming into Leeds city centre and he will be bringing his recommendations on station location back to Government in autumn 2015.

In concluding Gerald Jennings commented, “Following consultation with members across Leeds, York and Bradford, the Chamber’s preferred option would be for a single station capable of accommodating significant growth in existing rail services and for future high speed services to run through the station and not terminate in Leeds. We acknowledge the financial and engineering challenges this may present. Whatever solution is proposed we would hope and expect it to be able to provide seamless connectivity and excellent customer experience. For many of our members the journey from Kings Cross-St Pancras to Leeds is a stark reminder of the disparity in investment between London and the north.” 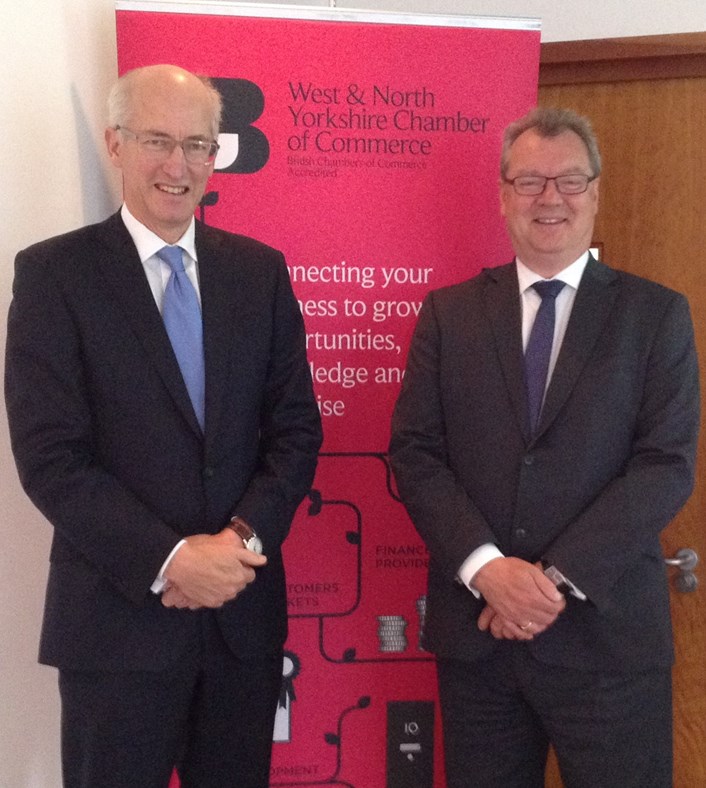