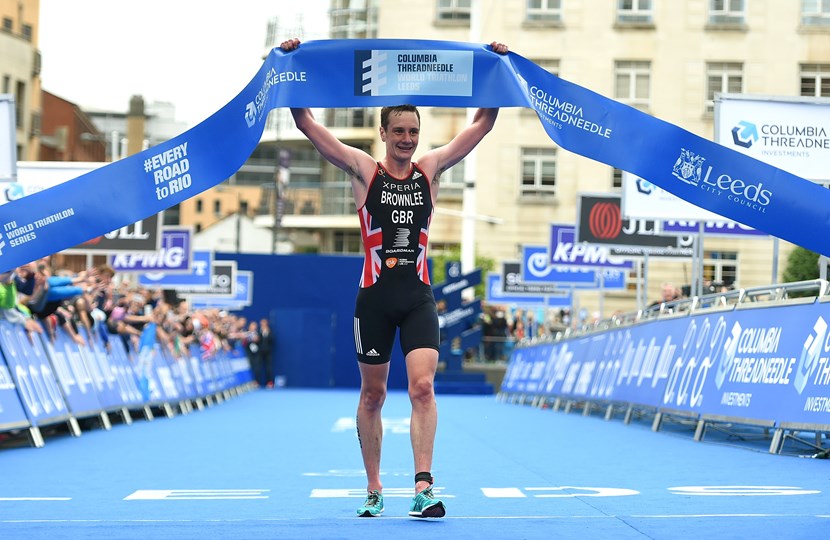 ​The Brownlee brothers, Alistair and Jonathan, took a stunning one-two in the debut of the Columbia Threadneedle World Triathlon Leeds while Gwen Jorgensen took the women’s title in one of the most competitive races in the ITU World Triathlon Series so far this season.

The elite athletes were roared home by a huge and passionate support in Leeds, with an estimated crowd in excess of 80,000* people watching the race in the city’s official spectator zones and along the course, which spanned from Roundhay Park into the city centre.

This was alongside the more than 6,000 amateur athletes that competed across the whole triathlon weekend.

Alongside the Brownlees who put in superb performances in their home city, Leeds-based Great Britain star Vicky Holland came in third with Jodie Stimpson fourth in the women’s race with all showing great form ahead of this summer’s Rio 2016 Olympic Games. Bermuda's Flora Duffy remains the Columbia Threadneedle Rankings Leader for 2016 after leading the women's race until being overtaken by American superstar Jorgensen in the closing stages.

The Columbia Threadneedle World Triathlon Leeds, held in the city for the first time, once again demonstrated Yorkshire’s ability to successfully host a major global sporting event and to generate phenomenal support amongst local residents. Over the course of the weekend, not only were there huge crowds lining the route, but also #WTSLeeds was seen by nearly 7,000,000 and over got over 1,000 mentions on Twitter alone.

The event was also supported by almost 600 volunteers who signed up to act as marshals and guides for the thousands of visitors and competitors, including the first volunteer to sign up, Bailey Matthews. Bailey was also on hand to present medals to some of those who took part as they crossed the finish line.

Leader of Leeds City Council Councillor Judith Blake said: “What a fantastic weekend for Leeds and Yorkshire! Today in particular has been a very special day which I’m sure will live long in the memory of everyone who saw it. After an incredible women’s race featuring the fantastic Gwen Jorgensen, Flora Duffy and Vicky Holland, Alistair and Jonny Brownlee following it up by coming first and second in their home city is the perfect result.

“Once again Leeds has shown itself off fantastically to the world as the perfect venue for major international events. I’d like to thank everyone around the route for creating such an electric atmosphere and to everyone involved in making the event such a success, especially the volunteers who yet again showed our city at its finest. We look forward to hopefully making World Triathlon Leeds even bigger and better next year as part of our commitment to Leeds being recognised around the world as a leading triathlon city.”

Rupert Pybus, Global Head of Brand and Marketing at Columbia Threadneedle Investments, said: “As Title Sponsor of the triathlon we wish to congratulate Alistair Brownlee and Jonathon Brownlee and Gwen Jorgensen on their performances. We are delighted by the quality of athletes the event attracted and the passion and enthusiasm of all participants. It was a fantastic weekend and I hope that everyone who took part, and those who came to Leeds to support enjoyed it.”

Jack Buckner, Chief Executive of British Triathlon, said: “We had a vision in coming to Leeds, we wanted to inspire everyone to support and participate in an amazing event. We like to thank everyone for making that happen.”

Images from the event are available via http://mm.gettyimages.com/mm/nicePath/gyisports?nav=pr439151106 credit to Getty images.

For all information on the Columbia Threadneedle World Triathlon Leeds and to pre-register for the 2017 event visit http://leeds.triathlon.org.

*This an initial estimated crowd figure. A full UK Sport-funded analysis and economic benefit report will be produced following the event.

For more information please contact Tim downs or Rebecca Armstrong on 0113 8800 444 or email tim.downs@aberfield.com or Rebecca.armstrong@aberfield.com

All properties along the route impacted by the event will have received two letters with initial details, information and guidance concerning the event. Roads around the route are expected to close by 4am, with closures starting as early as 12am on 12 June, and will be closed for a minimum of 12 hours with the route needing to be completely clear of vehicles. 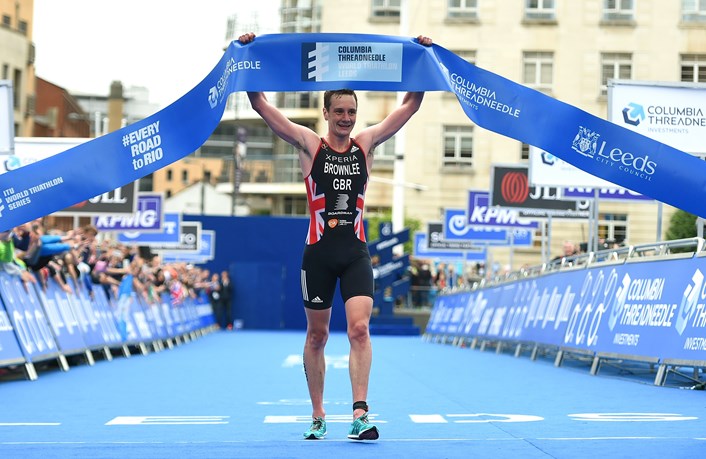