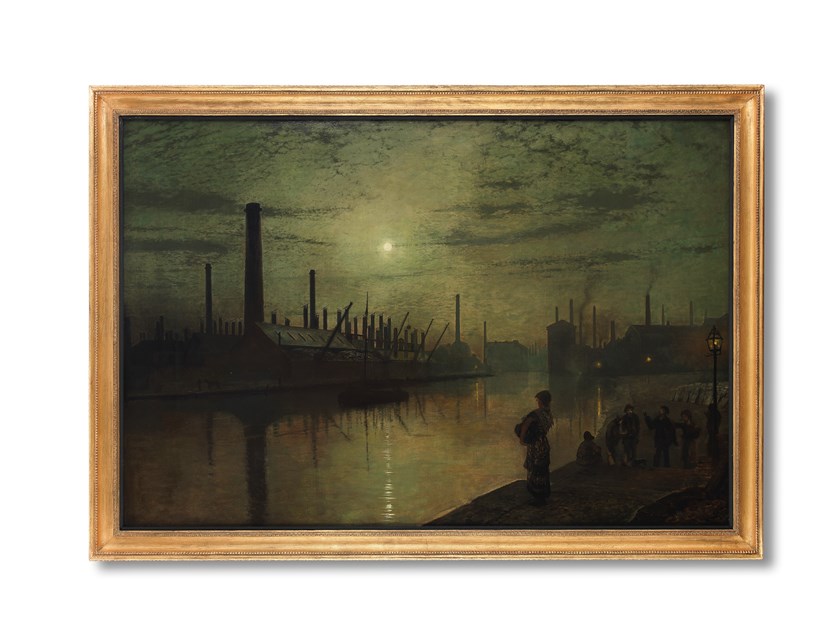 An atmospheric riverside scene created by one of the city’s most celebrated artists is coming home after being acquired by Leeds Art Gallery.

Reflections on the Aire - on strike was painted by Leeds-born John Atkinson Grimshaw in 1879, a rare example of one of his signature ‘moonlit’ scenes combined with a social message.

Showing a sombre industrial cityscape with a lone female figure contemplating the dark waters of the River Aire in Leeds, the painting is a significant addition to the Leeds Art Gallery collection and its unparalleled holdings of work by Atkinson Grimshaw.

Nigel Walsh, gallery curator, said: “It will be amazing to bring together this oil painting which shows Grimshaw painting with rare social realism with what we believe to be its companion ‘Reflections on the Thames’, made by Grimshaw the following year when he moved to London, which has been in the collection since 1900.”

Born in 1836 in a simple back-to-back house in Leeds, Atkinson Grimshaw was a self-taught artist who left his job as a railways clerk and rose to become one of the most singular and significant artists of his era.

Hugely imaginative and experimental, with a keen interest in photography, he was fascinated by how to capture in oil paint the different effects of night light, combining moonlight with gas and the new incandescent electrical lighting.

Gallery curator Nigel Walsh worked with John McGoldrick, curator of Industrial History, to research contemporary maps and establish the location for Grimshaw’s viewpoint in the painting, across the river from Hunslet.

Together, they uncovered that the times were dire for industrial workers, and strike action prevalent in early 1879, when Grimshaw painted the scene just along the river from where he then lived at Knostrop.

Councillor Jonathan Pryor, Leeds City Council’s executive member for economy, culture and education, said: “John Atkinson Grimshaw’s stunning paintings captured the dramatically changing face of Leeds as an emerging industrial city, and, as we can see in this painting, his empathy for the plight of his fellow citizens.

“We’re extremely fortunate to have such an extensive range of his work here in his home city and for this beautiful new addition to be joining the world class Leeds Art Gallery collection.”

Founded in 1888 Leeds Art Gallery has strong collections of 19th and 20th century British painting and sculpture, and a growing collection of 21st century art, widely considered to be one of the best outside national collections. With half a million visitors every year, it is one of the city’s most visited attractions and all the exhibitions are free.

Alongside the extensive painting and sculpture collection, the gallery presents a dynamic temporary exhibition programme that has showcased exhibitions such as British Art Show 8, and its current exhibition of one of the foremost women artists of the 20th century, Eileen Agar. Known for its collection of modern British Art in particular the gallery endeavours to acquire artworks for its permanent collection with help from agencies such as the Contemporary Art Society, The Art Fund, The Leeds Art Fund and grants from central government, recent acquisitions include works by Alison Wilding, Edward Allington, Barbara Walker, Jade Montserrat, Simon Fujiwara, and Becky Beasley.  It regularly makes loans from its collections to galleries all over the world. The extensive sculpture collection, the most comprehensive of any regional collection, includes a vast and unique archive; both are managed in partnership with the Henry Moore Institute.

The Leeds Art Fund, established in 1912, as The Leeds Art Collections Fund, is one of the oldest Friends supporting agencies in the country, with a set purpose to help develop the collections of galleries in Leeds, funded entirely by subscriptions and legacy giving through bequests and gifts. Membership is open to all (from £25 per annum) (www.leedsartfund.org) 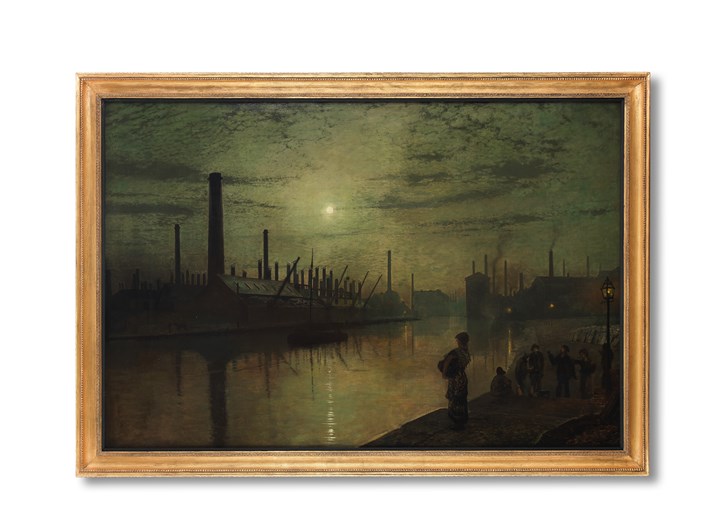